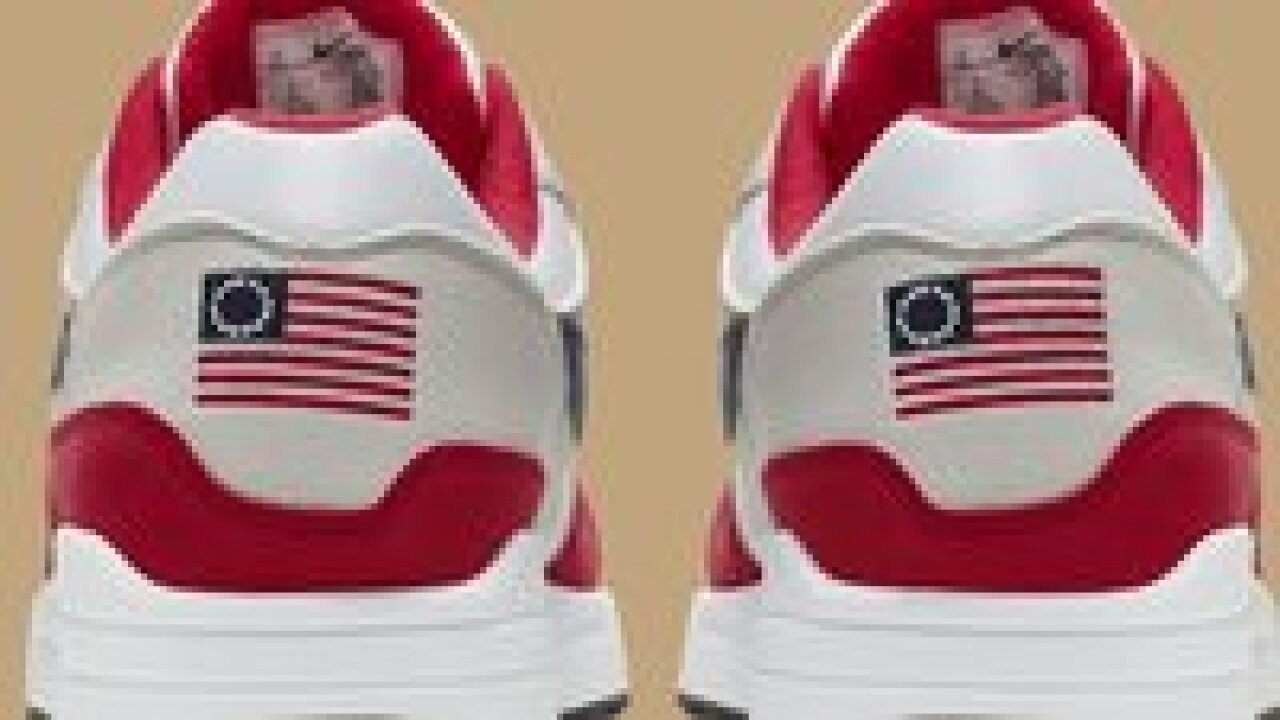 A veteran-owned company is facing off against Nike again, this time over a Revolutionary War-era flag.

“Regarding one of our recent tweets regarding @Kaepernick7 and our field design for tonight’s game, it was meant to be a light-hearted take on a current situation. We did not mean to offend anyone by it. If it did, we certainly apologize,” the Tennessee Smokies tweeted Wednesday.

The Cubs’ AA affiliate, which has 38,000 followers on Twitter, is based near Knoxville.

Earlier Wednesday, the Smokies tweeted and then deleted a photo of their stadium infield, where the “Betsy Ross” American flag — featuring 13 stars in a circle and 13 stripes — had been drawn in the dirt. The tweet said “Hey @Kaepernick7 after a lot of thought, we have decided it’s best to just do it. #America.”

It was a reference to shoes featuring the flag that Nike was set to release for the Fourth of July. According to the Wall Street Journal, Nike decided to not distribute the shoes after a complaint from Kaepernick about the flag’s ties to an era of slavery.

“Nike made the decision to halt distribution of the Air Max 1 Quick Strike Fourth of July based on concerns that it could unintentionally offend and detract from the nation’s patriotic holiday,” Nike said in a statement. “Nike is a company proud of its American heritage.”

Many slammed the company’s decision, including GOP Senate Majority Leader Mitch McConnell, who called on Nike to release the limited-edition shoe.

“If we’re in a political environment where the American flag has become controversial to Americans, I think we’ve got a problem,” he said at an event in Kentucky.

Another company, veteran-owned and based in Georgia, is releasing T-shirts featuring the flag in response to Nike’s move.