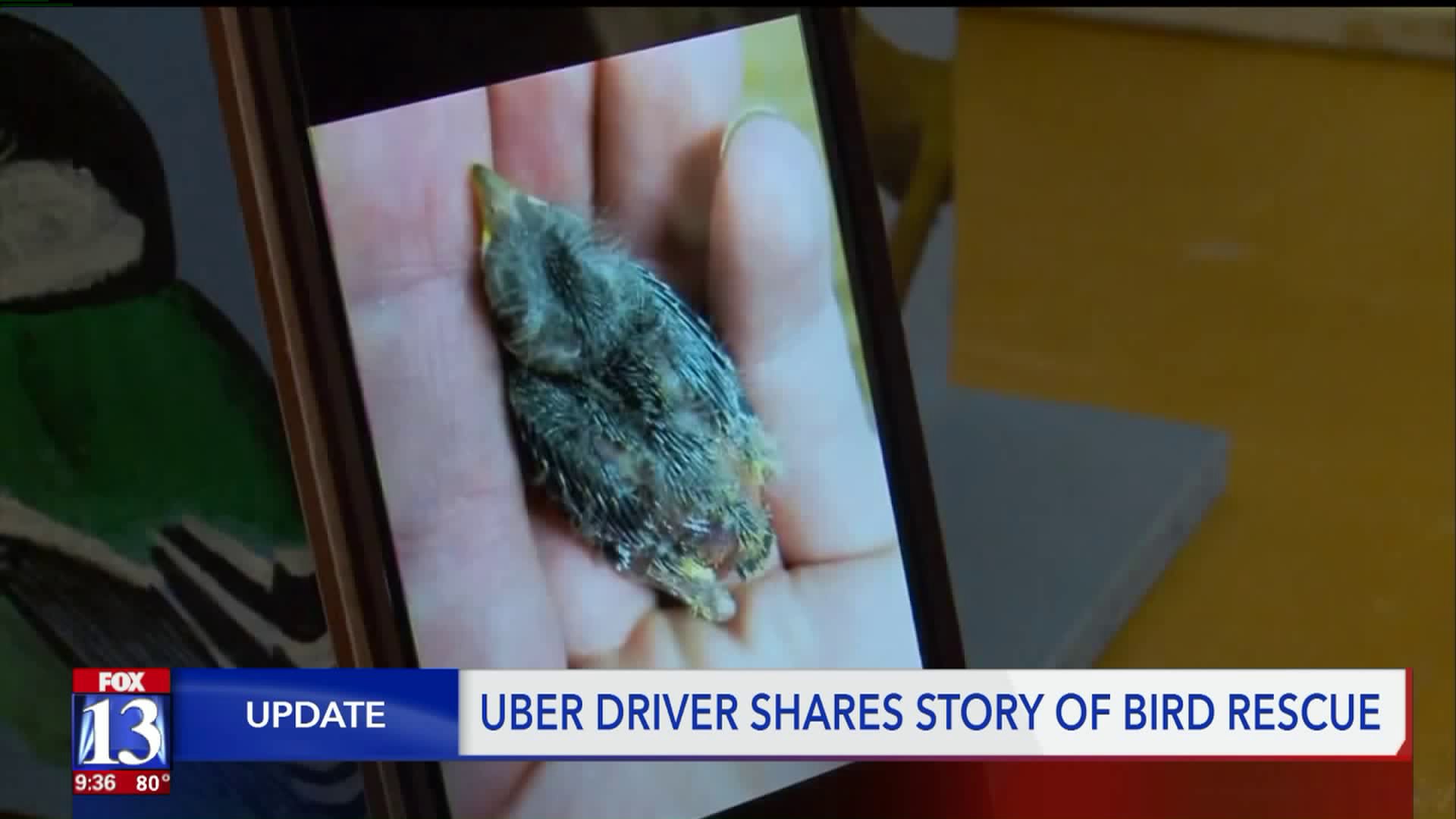 When Uber driver Christy Guynn got a notification for a pickup, she didn`t think her lone passenger would be a Lesser Goldfinch that had fallen from a tree. 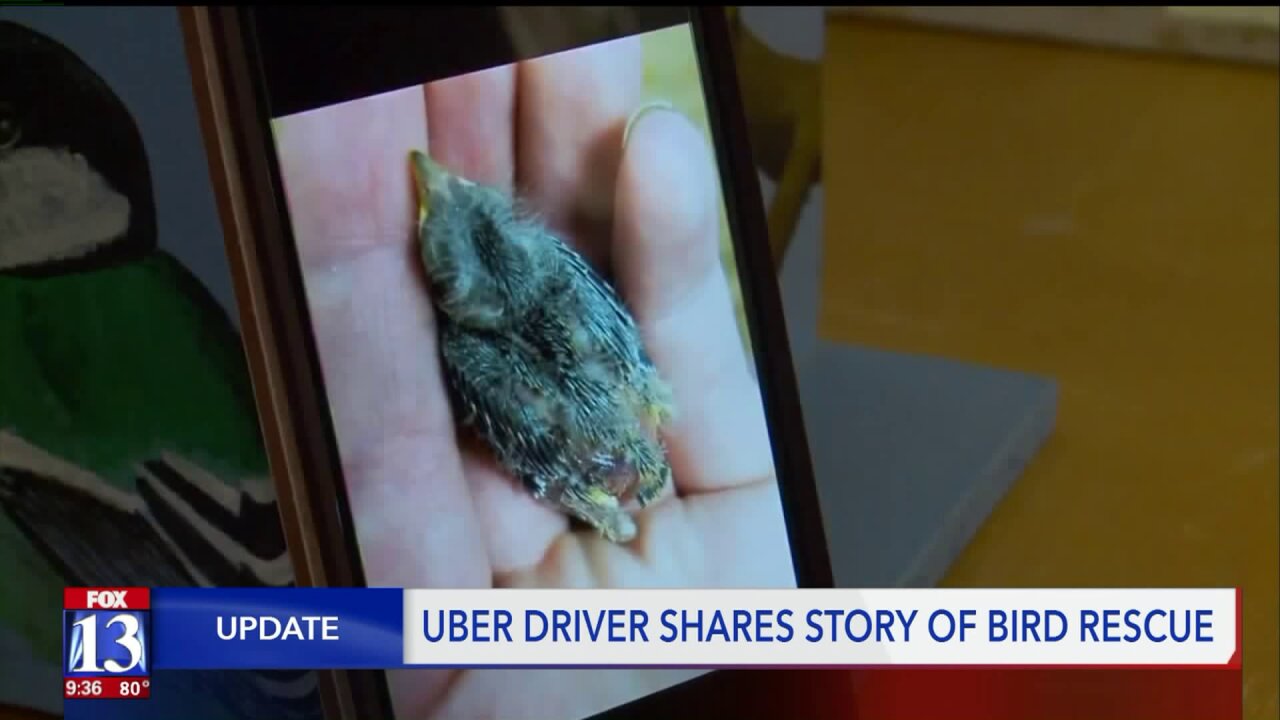 OGDEN, Utah — When Uber driver Christy Guynn got a notification for a pickup, she didn't think her lone passenger would be a Lesser Goldfinch that had fallen from a tree.

“I just gave this little guy a ride from Sunset – first passenger I’ve ever had that chirps and doesn’t talk," she said. “It [was] his first Uber ride – and probably his only Uber ride.”

When Guynn arrived at the pickup location, she found four men who had been drinking and enjoying their Saturday night.

“I got there and there’s three or four guys standing out in the yard and they’re holding beers," Guynn said. "And I’m like, ‘oh no. These guys are going to get in my car and I hope they know they can’t bring their beer.'”

Guynn said one of the men came up to the window and began to explain the situation -- a baby bird had fallen out of a nearby tree and needed help.

One of those people was Clinton resident Tim Crowley, who had been enjoying his Saturday afternoon at his neighbor's house.

"Impromptu, sitting in some camp chairs, hanging out, having a few drinks when we had a visitor fall out of the sky," he said.

Because they'd been drinking, Crowley explained they wouldn't drive.

Crowley said Guynn was the second driver they called -- the first driver canceled on them after learning about the situation.

Guynn said the men had called the  Wildlife Rehabilitation Center of Northern Utah, which told them the center could nurse the bird back to health -- if they could get him to the center.

"So are you willing to take a bird as a passenger?" Guynn said one of the men asked her.

Guynn placed the box, which had been padded with some leaves by the men, in the car and began the 25-minute drive to the center.

She said the bird tried to hide under the leaves, so she turned off the air conditioning and cracked the windows just a bit on the warm, summer night drive.

Compared to other riders who could have gotten into her car on a Saturday night, Guynn said the bird was a great customer.

"He wasn’t roudy -- he just wanted to eat," she said. The only noise was the chirping. I guess he was happy when I turned off the air conditioning off and rolled the windows down a little bit. I definitely think it was a little too cold for him.”

Guynn said she is glad the men called her, instead of getting behind the wheel themselves.

"They didn’t drink and drive and I know a lot of guys – especially back in my day – would be drinking and if somebody found a bird, they’d have said ‘ah, just throw it to the cats or throw it in the garbage,’" she said. "So my heart goes out to those guys."

The bird, which the men named 'Petey,' and the WRCNU is calling 'Uber' or 'Peter Uber,' survived and is doing great.