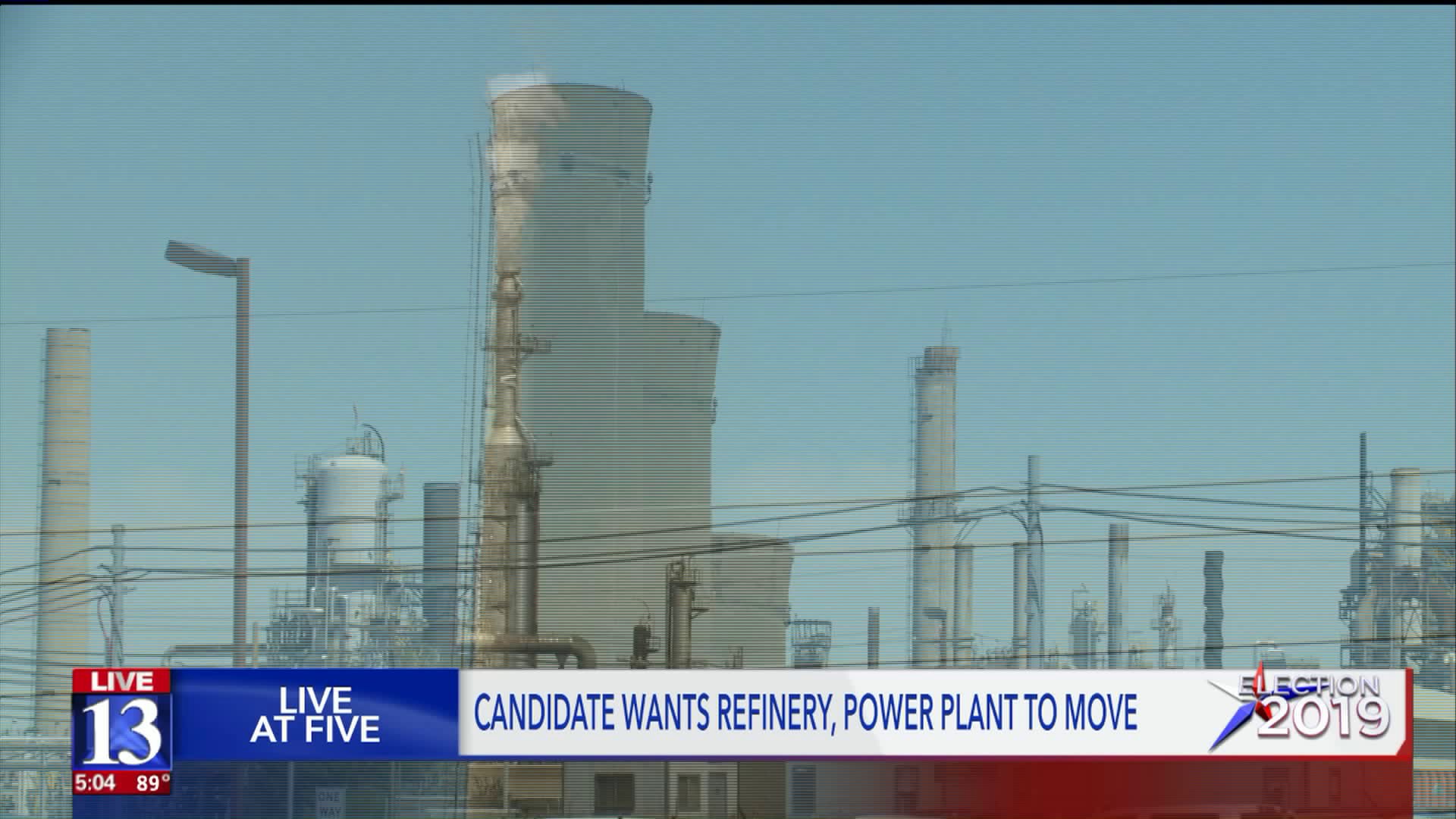 Mayoral candidate David Garbett has issued a radical policy position, promising that if elected, he would push for the Marathon Petroleum refinery and Rocky Mountain Power`s Gadsby power plant to be moved outside the Salt Lake Valley. 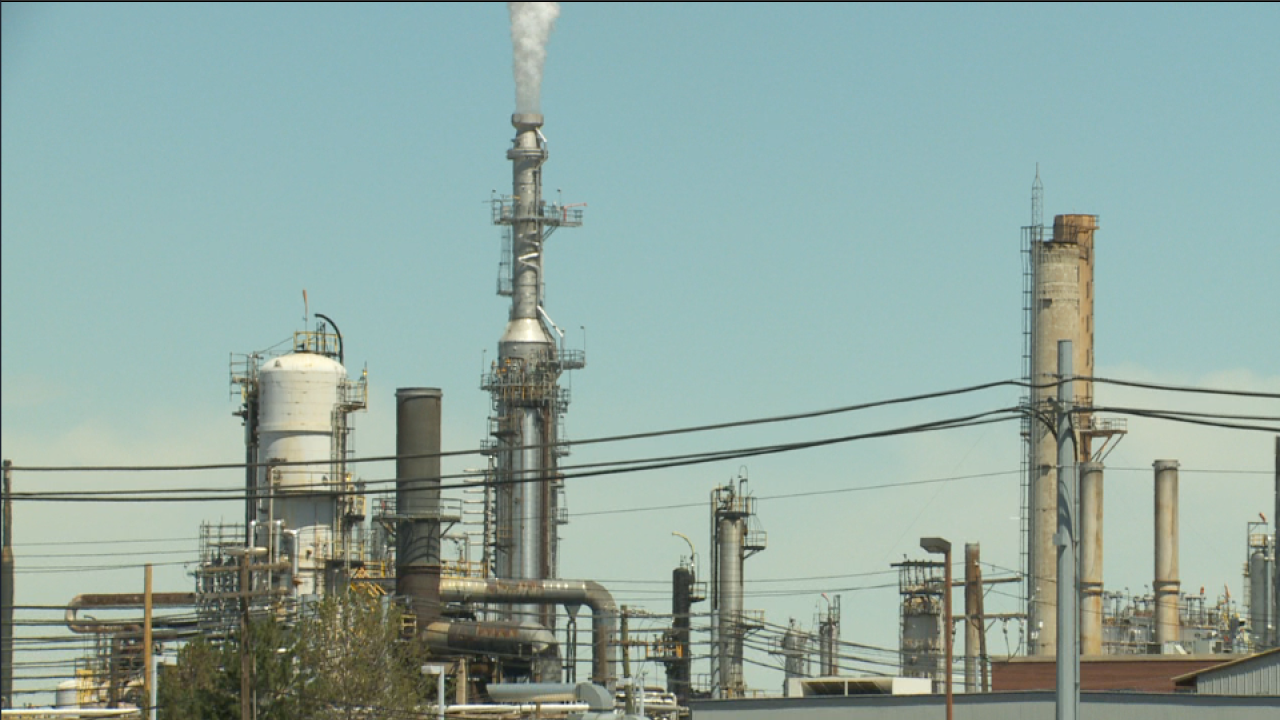 SALT LAKE CITY -- Mayoral candidate David Garbett has issued a radical policy position, promising that if elected, he would push for the Marathon Petroleum refinery and Rocky Mountain Power's Gadsby power plant to be moved outside the Salt Lake Valley.

"We are hurt by having those in the valley," he said in an interview Wednesday with FOX 13.

Garbett, a former attorney for the Southern Utah Wilderness Alliance, has been campaigning hard on an environmental platform. His stance on pushing the refinery and power plant out has raised eyebrows from industry and his fellow candidates in the crowded mayoral race.

"Air quality, I consistently hear on the campaign trail, that this is people’s biggest concern," he said.

It is part of a broader air quality agenda Garbett unveiled on Wednesday, including a larger plan and increased prosecution of polluters.

Garbett pointed to the power plant and the refinery as some of the city's largest single-sources of pollution. The Utah Department of Environmental Quality has repeatedly said vehicles are far and away the largest source of pollution along the Wasatch Front.

Still, Garbett said he believed moving the refinery and power plant would go a long way to helping clear Utah's air. He argued that by Salt Lake City doing it, other communities with refineries (North Salt Lake and Woods Cross) would start to pressure those to move.

Such a move could cost hundreds of millions, if not billions of dollars. The Marathon refinery serves as a regional pipeline hub. Garbett acknowledged it could be expensive.

"We wouldn’t have that kind of money but there is some city money we could put in, be it low-interest RDA loans, be it other ways to help with that move. We should do it because air quality is worth it," he said.

Garbett is one of eight candidates in the race. Some of his opponents declined to comment, but others questioned if it was even feasible.

"That should absolutely be the long-term goal, for our air quality and for resident’s health," Stan Penfold's campaign said.

Luz Escamilla responded by touting her work in the legislature on air quality bills.

"I applaud David’s ambitious agenda on this issue and I am glad he wants to enforce the very bills that I passed as an elected official for Salt Lake City," she said in a statement. "However, I think it’s important to be realistic about what can be accomplished so we see meaningful results for the residents of Salt Lake City, not pie in the sky promises during an election."

Erin Mendenhall said she has looked at it, as have others on the Salt Lake City Council.

"Convincing a privately owned, properly licensed business to voluntarily leave the city and build a new refinery somewhere else could only begin with a mayor who has the political and technical experience to convene such a dialogue, including willing state partners. Such a move would almost certainly require tens of millions of city taxpayer dollars — something our residents should not be shouldered with alone," her campaign said in a statement. "It’s something every candidate should want to do, but it’s not something any responsible candidate can or should promise."

"The environmentalists have many ideas that sound good until you get to the details, especially the cost. Has David provided an accurate estimate of the cost of these relocations? And who will pay these expenses?" he wrote in an email.

Marathon Petroleum said it had no comment on Garbett's idea. In a statement, Rocky Mountain Power suggested it would not be moving its plant.

"Rocky Mountain Power has not had any detailed discussions with Mr. Garbett regarding this issue. Although physically moving Gadsby plant to another location is likely too expensive to be in the best interests of customers, we are open to discussions on ways to continue improving air quality in the Salt Lake Valley," the company said.

Garbett acknowledged it is possible nothing could be done. As private property owners, he could not force the companies to pack up and leave town. But he said he wanted to start talking about it.

"Can’t force them to move," he said. "Totally understand, but that’s what political leadership is all about."