Be careful with fireworks, warn fire officials and man whose house almost burned down 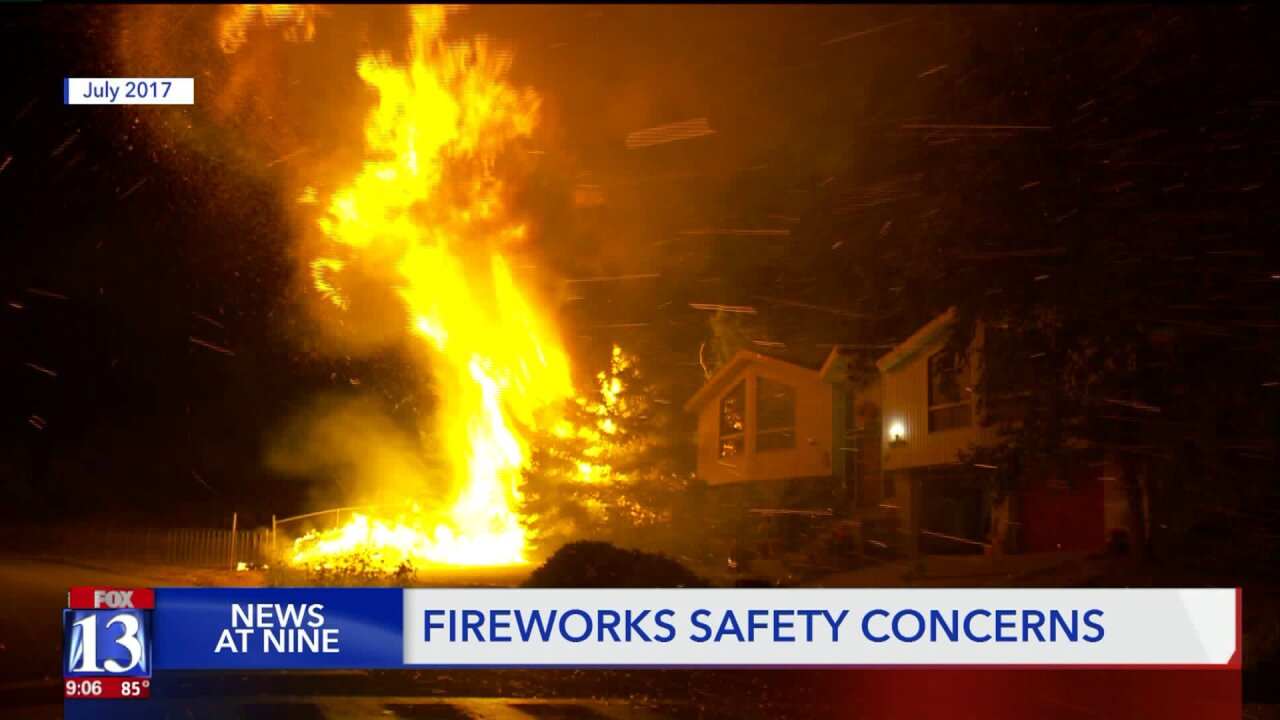 COTTONWOOD HEIGHTS — Beginning Tuesday, fireworks can legally be lit in Utah in celebration of Independence Day.

However, there are several cities that have restricted areas, including Cottonwood Heights.

An aerial firework ignited the flames in a grassy area next to his property.

“At that point, all I could do is drop to my knees and pray,” Schoeneck said.

The flames were seconds away from hitting the gas meter.

“Had it got to the gas line, in 20 seconds our house would have exploded.There was a 30 mile per hour canyon wind that would have taken out, the fireman figured, two streets down,” Schoeneck said.

Schoeneck believes divine intervention saved his home but a little anxiety sneaks back this time of year.

“Grateful that it didn’t happen but also concerned it could happen again,” Schoeneck said.

Across the state, fireworks have been restricted to prevent major fires. Archuleta warns that conditions can be deceptive this year because of the amount of moisture Utah received over the winter and late spring.

“It has allowed some of the grass and natural vegetation…to actually grow longer. From a fire department standpoint, we see that as a greater and heavier fuel source,” Archuleta said.

Firework restrictions aren’t enough for Schoeneck, who’s pushing for a ban on personal use aerial fireworks.

“You’re responsible for your actions and you’re putting other people’s lives and their homes in danger,” Schoeneck said.

For a close-up look at possible restrictions in your neighborhood, go to utahfireinfo.gov.