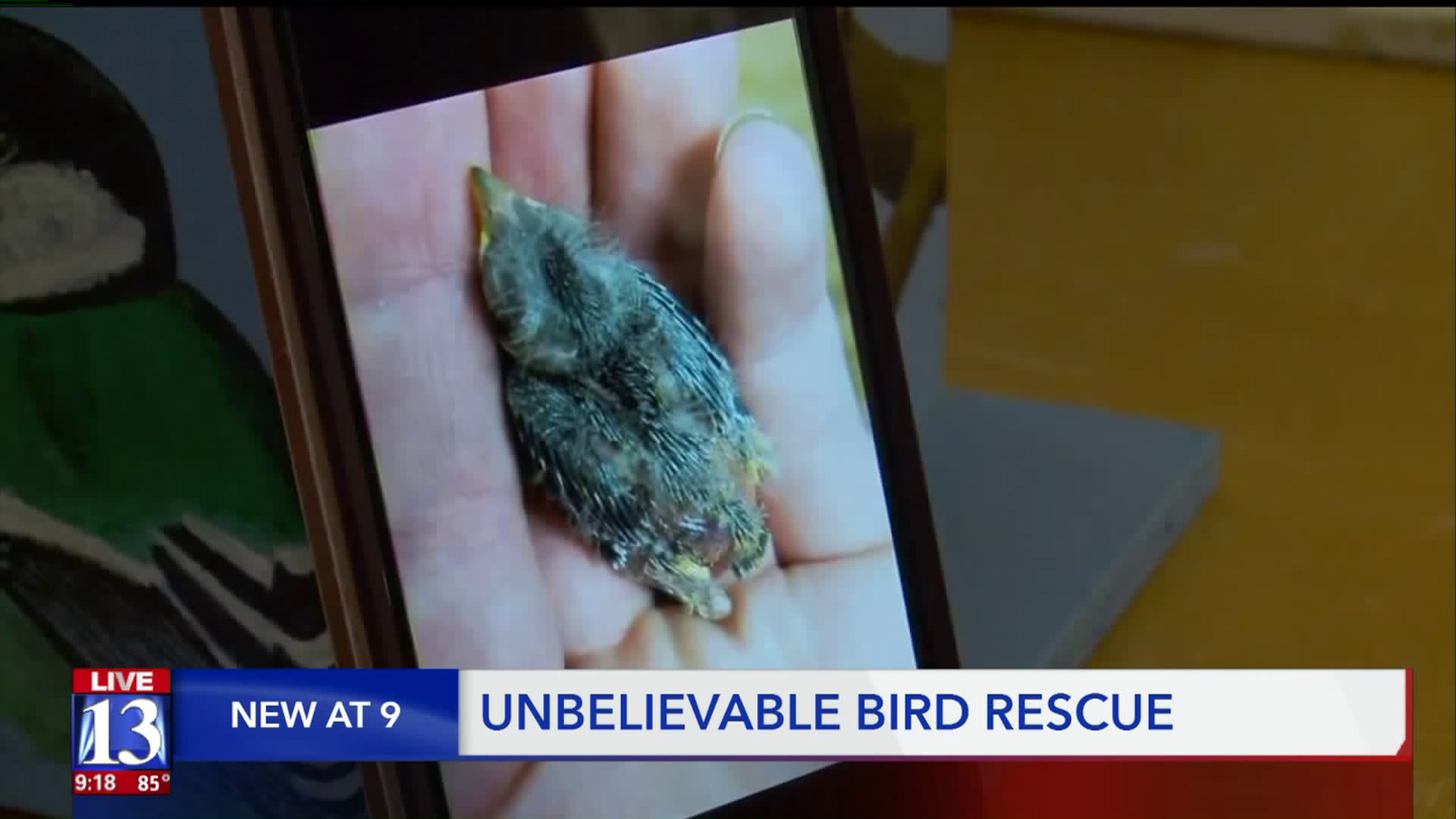 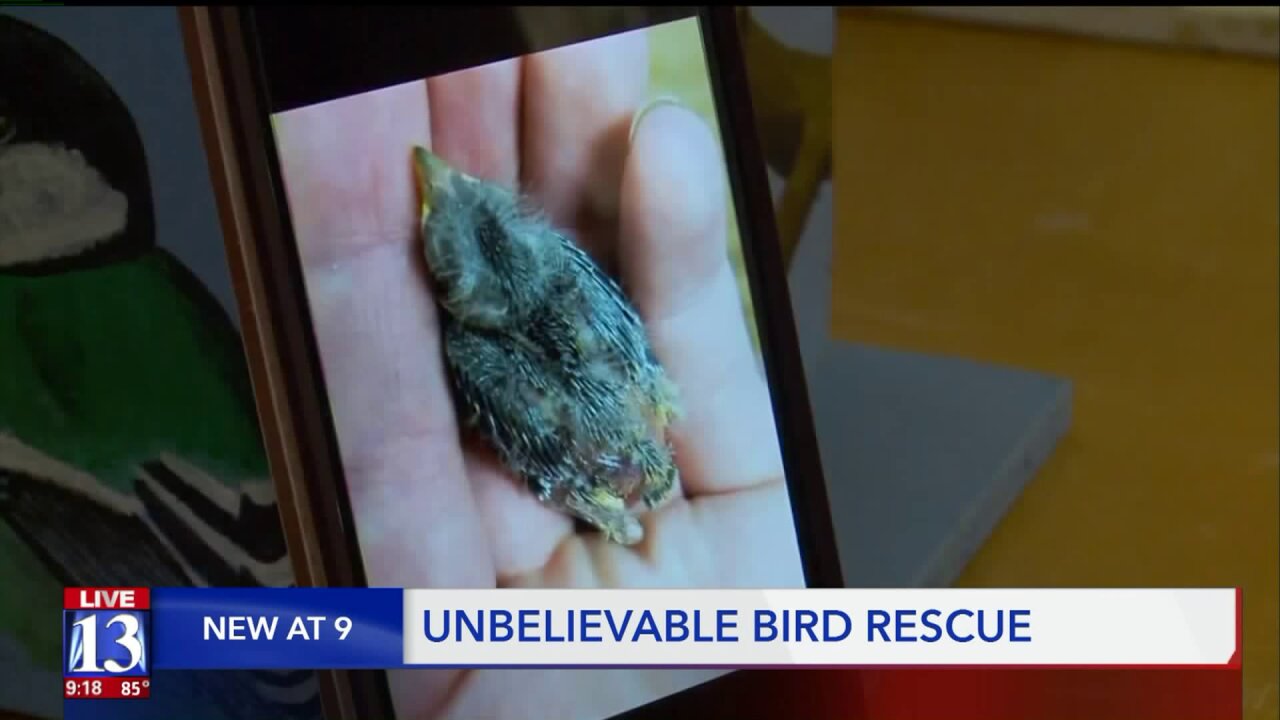 OGDEN, Utah — The funny and heartwarming story of how one baby bird got to an animal rescue center in Ogden is definitely a first.

Last weekend, a bird showed up to the Wildlife Rehabilitation Center of Northern Utah. A volunteer texted a photo to Buz Marthaler, the center's chairman.

"It was a picture of this bird, and it had come by Uber," he said. "It was just crazy."

The two-week-old Lesser Goldfinch was by itself, the only Uber rider in the car.

Obviously, the baby bird didn't call Uber — the WRCNU learned that the people who found the bird had been drinking and didn't want to drive.

One of those people was Clinton resident Tim Crowley, who had been enjoying his Saturday afternoon at his neighbor's house.

"Impromptu, sitting in some camp chairs, hanging out, having a few drinks when we had a visitor fall out of the sky," he said.

He said the bird couldn't fly, and they couldn't figure out where it had come from.

It was hard to tell if there was a nest up in his neighbor's giant tree.

They texted a photo of the bird to the WRCNU, which recommended they take the bird in to get help.

Because they'd been drinking, Crowley explained they wouldn't drive.

They ordered the Uber, and Crowley said the first driver canceled on them upon learning of the unique ride situation.

So they ordered a second Uber, and this time they told the woman after she pulled up.

"Like, 'What? Are you kidding? Okay, sure,'" Tim said was the driver's reaction.

And it's a good thing, too, because Marthaler says the bird would have died had it not gotten help or been able to be put back in its nest.

Now, Petey — as Crowley and his neighbor call the bird — is doing well, and Marthaler said the bird even has a little buddy it's sharing a cage with.

They don't know yet if the bird is a boy or girl, and those at the center have started calling it "Uber" or "Petey Uber."

Whatever name it goes by, the bird is doing great. Marthaler said they'll be able to release it at the end of summer just before the migration.

The WRCNU said they're seeing a record year, and more than 1600 small animals have flooded into the center needing help.

They see a lot of baby birds, and Marthaler estimated they're caring for 250 right now.