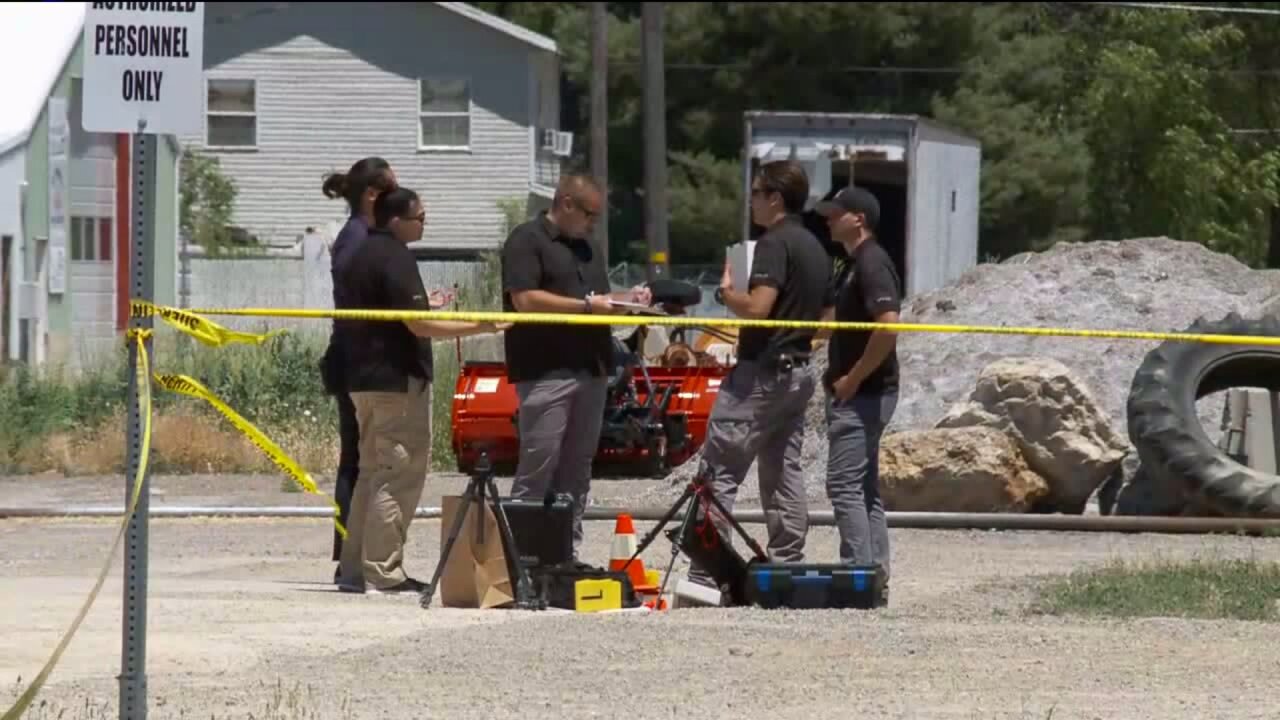 Investigators are seen at Bill Flack Park in Corinne, where the body of 16-year-old Marcus Elkins was discovered on June 27.

CORINNE, Utah —Box Elder County Sheriff’s Office detectives have determined the circumstances surrounding the suspicious death of a 16-year-old boy whose body was found in a Corinne park Thursday.

According to the Sheriff’s Office, Marcus Elkins was with three other teenagers Wednesday night.

“As reported by the other juveniles involved there was consumption of alcohol during the night,” a news release from the Sheriff’s Office said. “Activities took them between the two parks in Corinne and at some point during their movement Marcus collapsed.”

The other three teenagers moved Marcus to Bill Flack Park from the place where he collapsed, the news release said.

The Utah Office of the Medical Examiner will determine the time and cause of Marcus’ death.

No one has been arrested in connection with the death. The Box Elder County Sheriff’s Office is turning the investigation over to the Box Elder County Attorney for “further review and determination of charges,” the news release said.