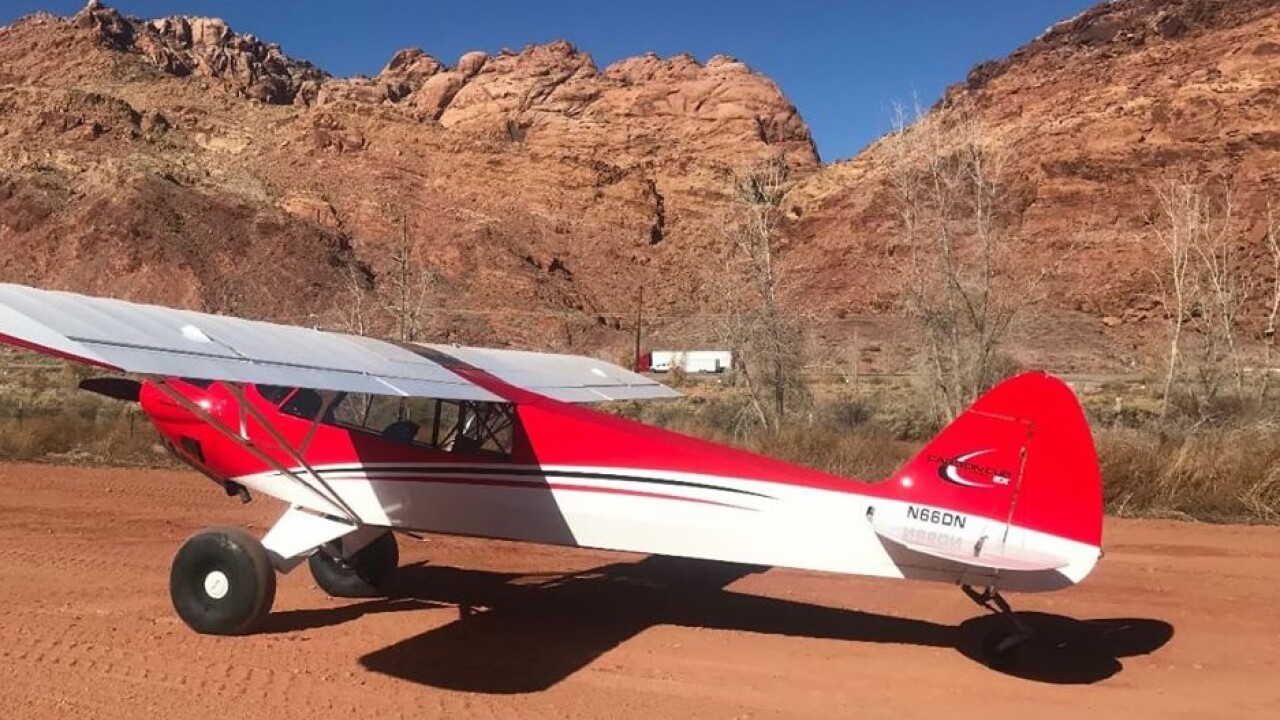 SAN JUAN COUNTY, Utah — Two people are dead after a plane took off from the Moab airport and failed to return Sunday.

According to the San Juan County Sheriff’s Office, Department of Public Safety personnel hiked to the crash site and confirmed the deaths Monday morning.

The deceased have been identified as 53-year-old Kevin Carroll of Moab and 42-year-old Jay Camberlango of Lindon.

The Grand County Sheriff’s Office states they were notified of the overdue aircraft around 4:40 p.m. Sunday.

The plane took off from Moab around 8 a.m. and was due back around noon Sunday.

A volunteer search in private planes was conducted Sunday afternoon but paused for the night once it got dark.

The plane was located Monday morning at the northern end of San Juan County.

The National Transportation Safety Board is investigating the crash.