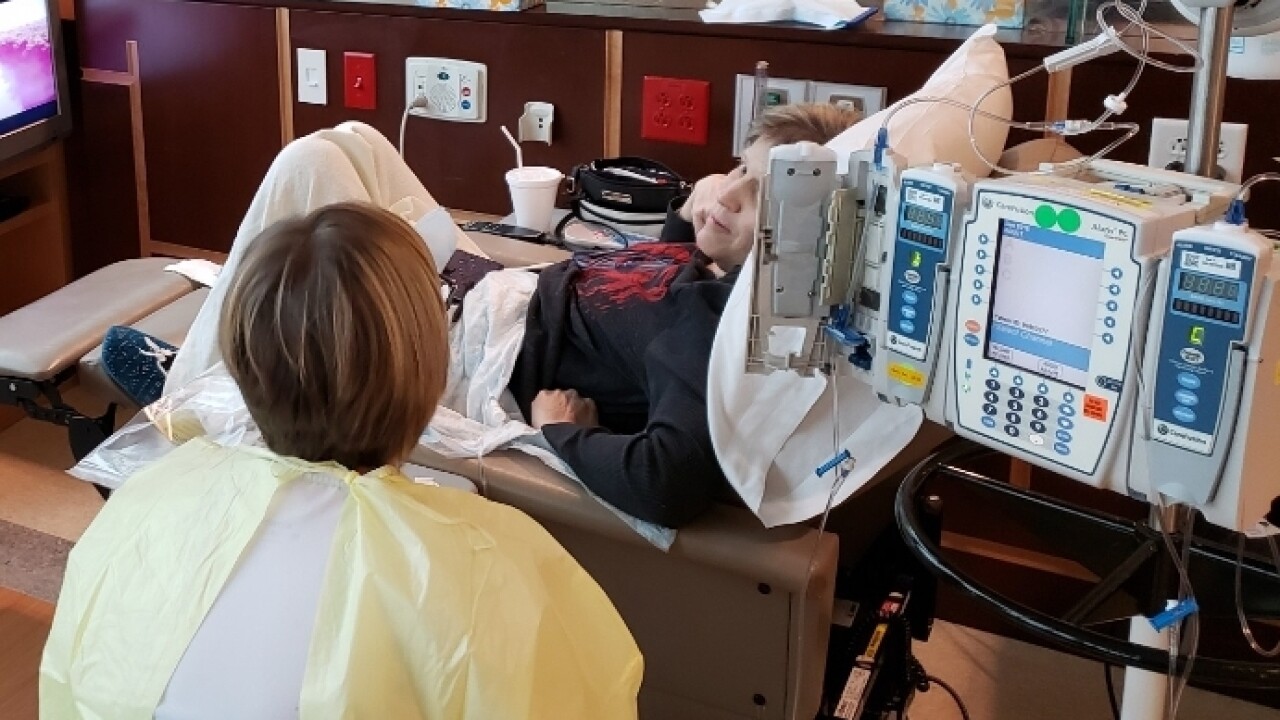 SALT LAKE CITY — One of the plaintiffs in the lawsuit challenging the Utah State Legislature’s replacement of the medical cannabis ballot initiative is now in hospice.

Nate Kizerian posted on Facebook that his wife, Shalyce, has taken a turn for the worse in her battle with colon cancer.

“I would like to invite anyone in the State Legislature that fought Prop 2 or 3 to make a substantial contribution to my wife’s GoFundMe,” he wrote. “It’s the least you can do.”

He said the fundraiser would be used for her care in hospice or funeral costs.

The Kizerians recently added their names to the lawsuit over Proposition 2, that was filed by Together for Responsible Use and Cannabis Education (TRUCE) and the Epilepsy Association of Utah. Shalyce Kizerian has stage four colon cancer and has used cannabis in her treatment. She has argued that the legislature’s bill does not allow her to use a raw, unprocessed cannabis flower to avoid getting a high and what the state would provide is not enough to reduce her symptoms.

The Utah Attorney General’s Office is asking a federal judge to dismiss a lawsuit filed by supports of Proposition 2, the medical cannabis ballot initiative.

In a motion filed in federal court, the state argues that EAU and TRUCE, as well as individual patients, can’t show the legislature’s replacement of the voter-approved ballot initiative has actually harmed them.

Voters approved Prop. 2 in November, but two days after it went into effect the Utah State Legislature replaced it with HB3001, which creates a state-run

The state also claims that HB3001 does not restrict a physician’s ability to recommend medical cannabis and rejected TRUCE and EAU’s arguments that a state-run program violates federal drug law.

“Plaintiffs claim the provisions of H.B. 3001 requiring the State to buy and
distribute medical marijuana are preempted by the federal Controlled Substances Act (“CSA”) and Drug-Free Workplace Act under the Supremacy Clause. But neither these federal laws nor the Supremacy Clause provides Plaintiffs a private right of action. Thus, the Court should dismiss Plaintiffs’ claims,” the filing states.

The state filed the motion to dismiss just after moving the case from state to federal court. In a separate filing, TRUCE and EAU attorney Rocky Anderson asks the judge to move it back to state court. Anderson accused the Utah Attorney General’s Office of trying “to have it both ways.”

Read TRUCE’s motion to return the case to state court: