MacKenzie Lueck murder suspect reportedly threatened to kill ex-wife, cut her when she ran away 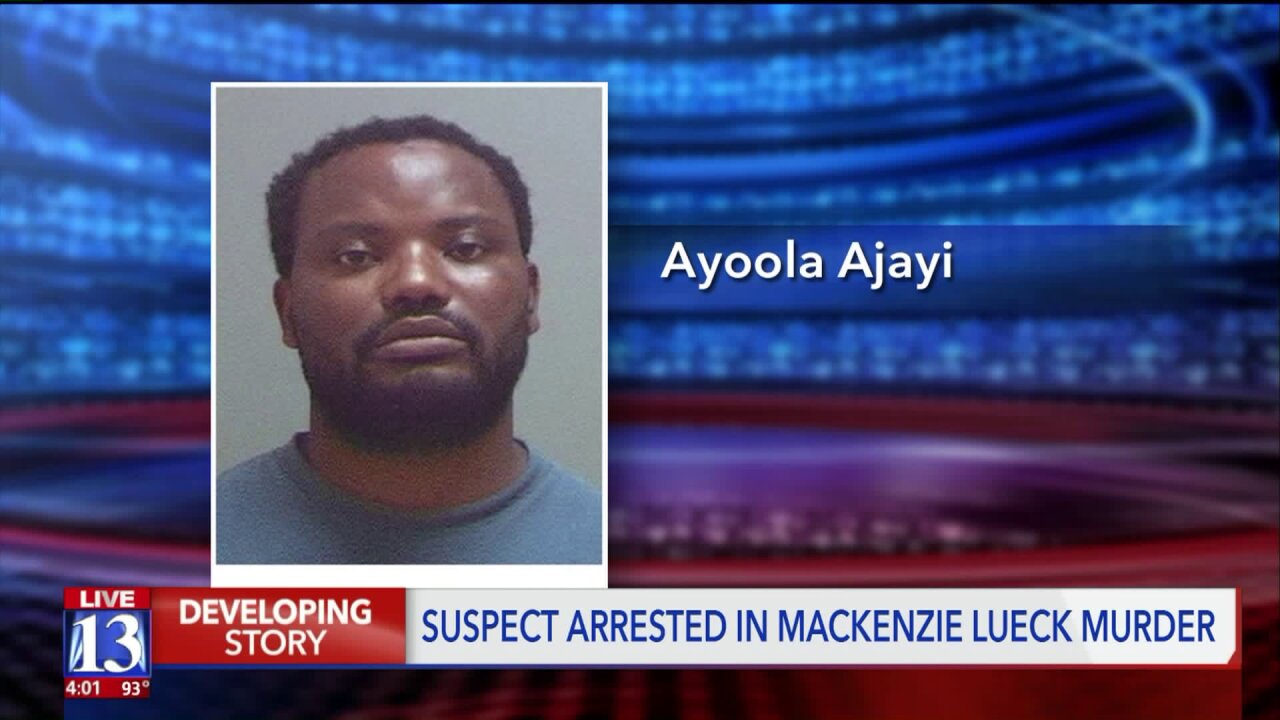 DALLAS, Texas — Ayoola Ajayi’s ex-wife says he was aggressive and controlling, and she even said she’s willing to testify against him if necessary.

Ajayi is accused of kidnapping and killing MacKenzie Lueck, a 23-year-old University of Utah student.

In an exclusive interview with Daily Mail, Tenisha Jenkins Ajayi said she fled from their marriage years ago because of his violent outbursts.

The last time she saw him was at a friend’s house in Dallas where he threatened to kill her if she didn’t move to Utah with him. He wanted to go back to his hometown, she said, but she wanted to stay in Dallas.

“He tried to tie me up with a phone cord. When I went to run, he blocked the door. I ended up jumping through a window and cutting my arm on the glass,” she told Daily Mail. “He chased me into the street with a knife and cut me in the hand. I didn’t go to the police, but I moved out of my apartment so he couldn’t find me.”

She went into hiding, changed her phone number and hasn’t seen him since.

Tinesha Ajayi claimed that her then-husband refused to sign divorce papers and that they were still legally married. However, according to Utah court documents, Ayoola Ajayi filed a petition for divorce, which was granted in January of this year, signed by both him and a judge.

Read the full report by the Daily Mail here.