Police: 4-car crash in Provo Canyon after driver falls asleep at the wheel 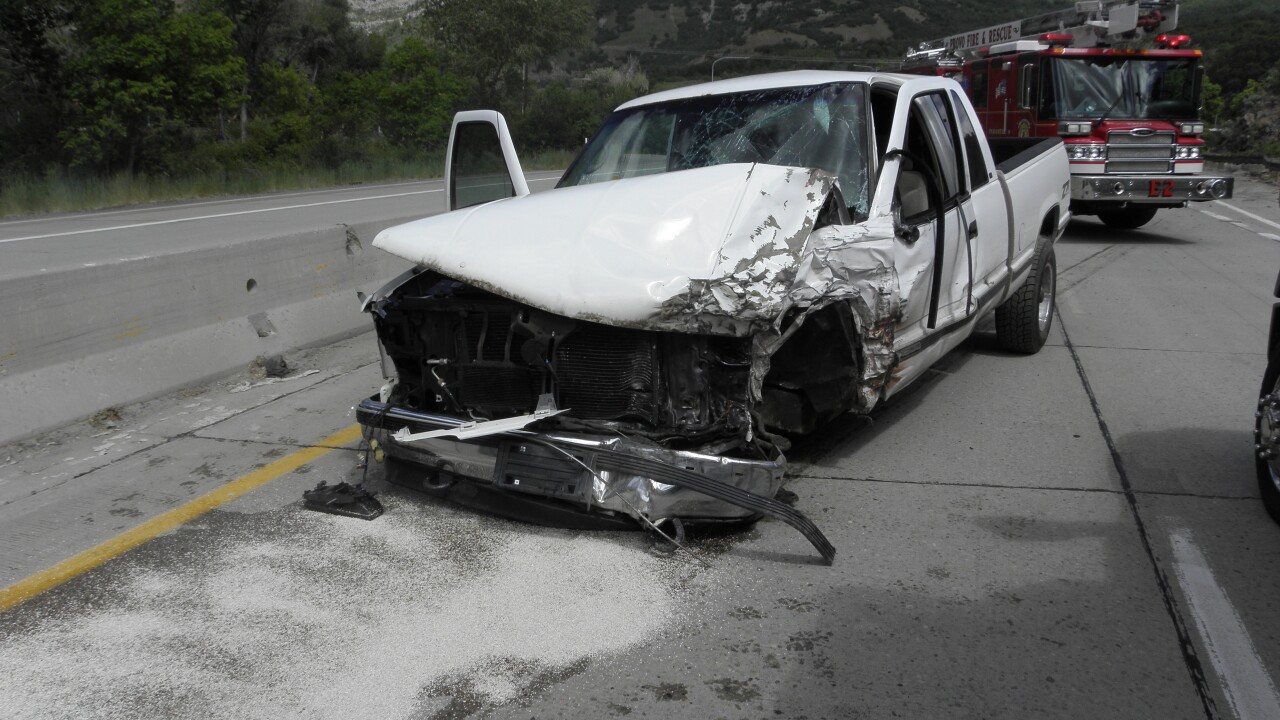 PROVO, Utah – A 4-car accident occurred Saturday afternoon after police said the driver of one of the vehicle’s fell asleep at the wheel.

The Utah Highway Patrol said the accident happened at approximately 3:15 p.m. on SR-189 near milepost 10 in Provo Canyon.

Troopers reported a white pickup truck was heading westbound on SR-189 when the driver fell asleep and failed to turn at a curve in the road.

According to a press release issued by the Utah Highway Patrol, the pickup drifted across the center line and into oncoming traffic, striking a gold Toyota.

The driver of the pickup woke up and swerved to the right where it struck a black Honda. The pickup driver then swerved to the left, also hitting a brown dodge that overturned, according to the release.

The press release states the pickup continued to hit and guardrail and drove across eastbound lanes before striking a concrete barrier.

Troopers said the occupants of the white pickup truck, gold Toyota, black Honda and brown Dodge all had minor injuries.

The eastbound lanes of SR-189 were closed while emergency crews cleared the scene.

Troopers said it does not appear any of the drivers were impaired, but the crash showed how dangerous drowsy driving can be.