Hiker, 73, found a week after getting lost in the California wilderness 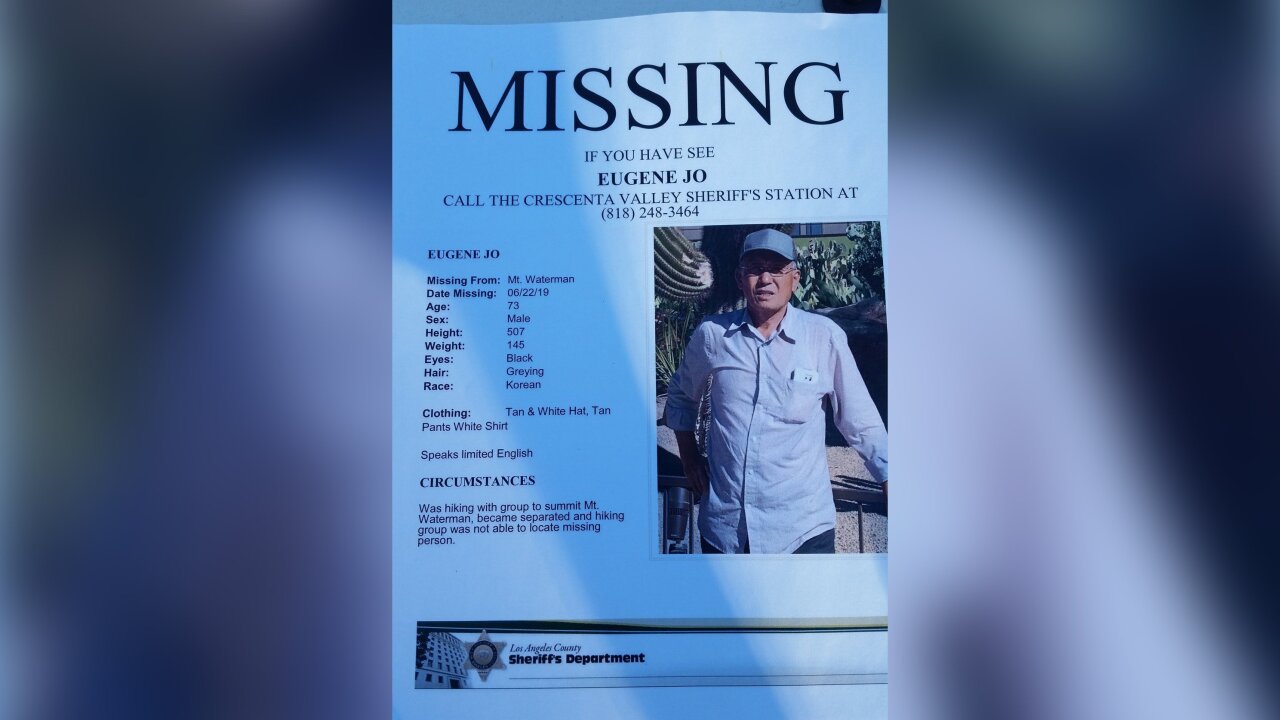 A 73-year-old hiker has been found a week after getting lost in the California wilderness.

Eugene Jo went missing June 22 after becoming separated from a hiking group near Mount Waterman in the San Gabriel Mountains of the Angeles National Forest, according to a Twitter post from the Montrose Search and Rescue Team.

Jo was discovered Saturday morning around 11 a.m. Pacific time, according to the search and rescue team. Luna said the man was found “down a ravine in the Devil’s Canyon area, quite a few miles away from the trail of the original hike.”

He had not eaten in at least five days and was drinking water out of Devils Canyon Creek, the search team’s post said.

The hiker suffered no traumatic injuries and was airlifted to a local hospital for further evaluation, according to Luna. Rescuers said he was walking and talking.