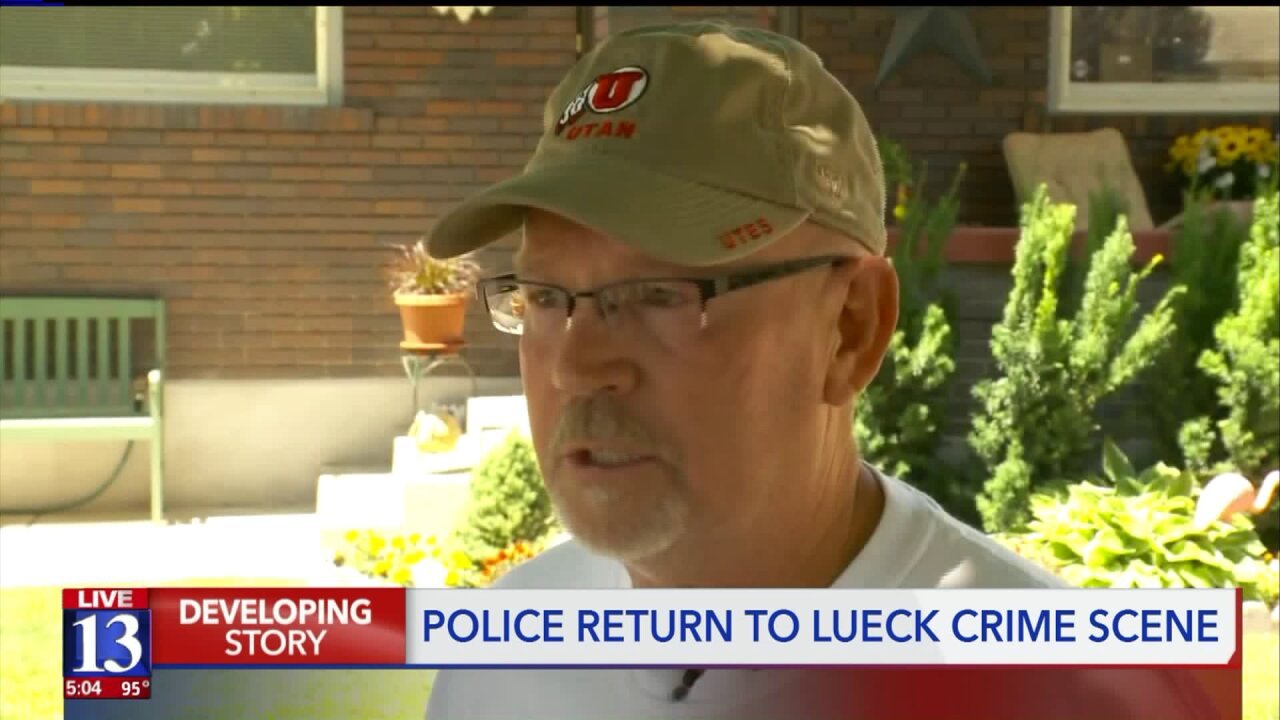 SALT LAKE CITY — Tom Camomile has lived next door to Ayoola Ajayi for a little over two years and never expected he would be accused of murder.

“He came across to me as your everyday neighbor, somebody who was very professional, very friendly,” Camomile said.

Ajayi had renovated his basement to be an AirBnb — Camomile said he walked through it just a few months ago.

“I saw a professional man who was clearly excited about becoming a first-time homeowner and we became friends over the course of two years,” he said.

Now the house stands as a pivotal point in the search for 23-year-old MacKenzie Lueck. Neighbors are still questioning if Lueck was killed inside the house or brought here after she was murdered.

“This heinous crime took place not 50 feet from my back door,” Camomile siad. “I was completely blind sighted, obviously, as many of the neighbors were.”

Scot Barraclough lives one more door down and says he’s not surprised after his interactions with Ajayi. The man he knows as “AJ” was egotistical, quiet and aloof.

Barraclough said he remembers the community would remind Ajayi to not water his lawn in the middle of the day or put cement in the recycling bin.

“He says, 'I can water when I want,'” Barraclough recalled. “'Who’s going to do anything about it?'”

Some neighbors said they smelled and saw a fire burning in Ajayi’s backyard a few nights ago, but Camomile said he never saw anything — what he does know is Ajayi was not the man he appeared to be.

“I am so sorry for the family,” Camomile said. “It’s heartbreaking what they’ve had to endure… I pray that she rests in peace.”