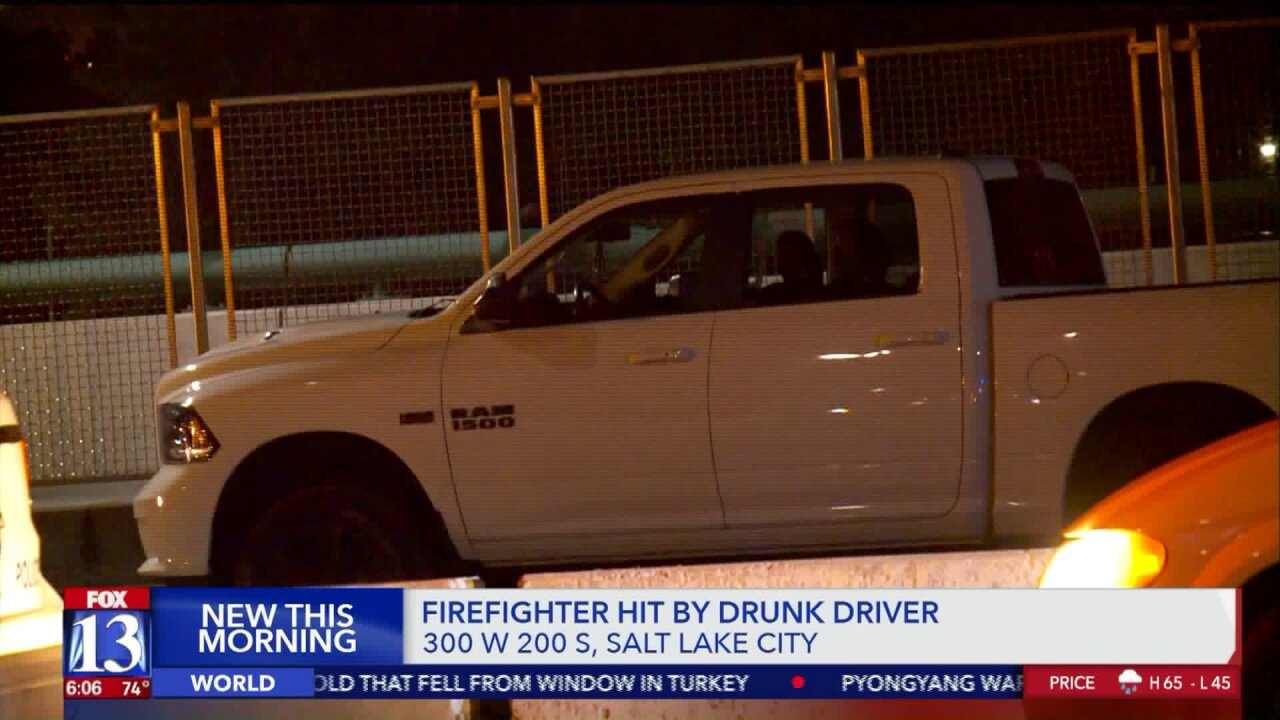 SALT LAKE CITY, Utah -- A man was arrested on suspicion of DUI and a firefighter suffered a small cut on his hand after the man tried to drive between a fire truck and another vehicle.

Salt Lake City Police said fire crews were checking out a fire alarm that went off at an apartment complex near 300 West and 200 South around 1:30 a.m. Friday.

One firefighter stayed outside with the truck, and a man driving through the area attempted to go between the fire truck and another vehicle.

The driver hit the firefighter and damaged the other vehicles before leaving the scene.

"The firefighter has been transported to the hospital in good condition with a cut on his hand; the gentleman has been located and been placed under arrest," said Lt. Brett Olsen of the Salt Lake City Police Department.

Olsen said the man reported his truck stolen after fleeing the scene of the crash. The truck was found abandoned and stuck on the TRAX rails along North Temple.

The man could face charges of hit and run, filing a false police report and DUI.