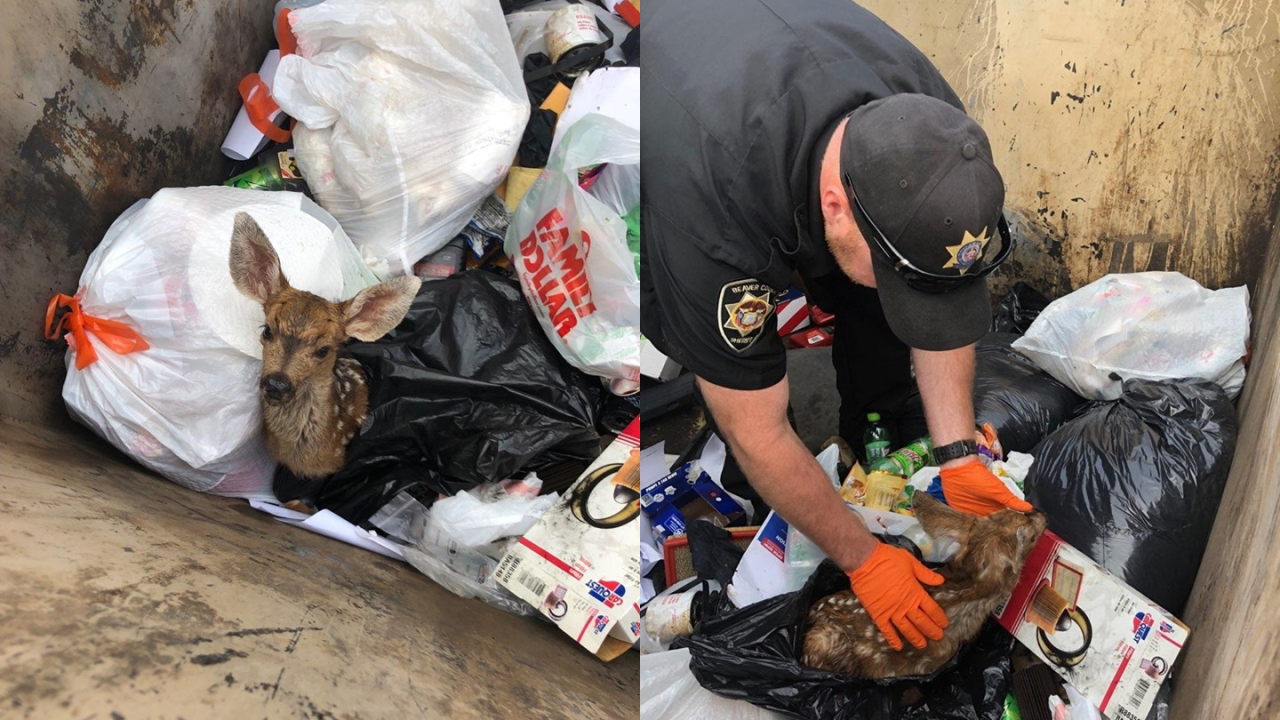 BEAVER COUNTY, Utah — The Beaver County Sheriff’s Office is asking drivers to call police if they’ve hit an animal after they found a fawn in a dumpster Tuesday evening.

Undersheriff Cody Black said a woman reported something moving in a dumpster around 6:45 p.m. Tuesday and officials found the animal in a black garbage bag inside the dumpster.

Officials with the Division of Wildlife Resources had to put the injured animal down; police said it looked like the animal was either hit by a vehicle or attacked by dogs, but they didn’t find any evidence beyond the garbage bag.

Black said if the person who put the deer in the dumpster is found, they could be charged with animal cruelty.

Police also said if a driver accidentally hits an animal while driving, it doesn’t necessarily mean they are in trouble. The driver should call police and law enforcement or a DWR representative can take care of the situation and prevent the animal from suffering more than necessary.