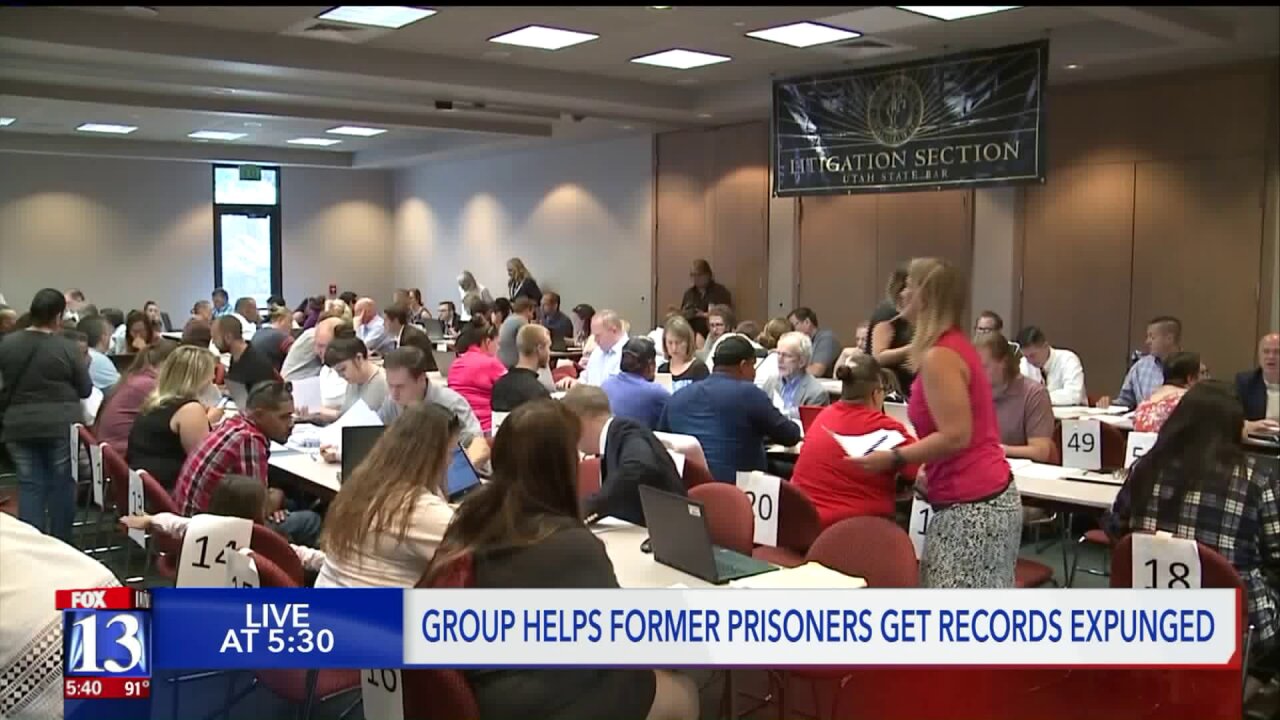 SALT LAKE CITY — Dozens of people met with volunteers at the Utah Law and Justice Center on Wednesday to see if they are eligible to get their criminal records expunged.

Salt Lake County Mayor Jenny Wilson said it was “emotional” to see the turnout of so many people at the Expungement Day event, ready to take the next step forward in their lives.

Anyone who was convicted of a violent crime, like first-degree murder, is not eligible for their record to be cleared. Those with long criminal histories may also not be eligible.

District Attorney Sim Gill, who helped prosecute many of the cases against people who showed up to the event, said he’s glad to help out anyone who has paid their debt to society.

“There are thousands and thousands of more individuals who just are saying, ‘Oh there’s nothing I can do about it,’” Gill said, “but there’s something they could have done about it a long time ago. We just didn’t share that information with them.”

Noella Sudbury, the director of Salt Lake County’s Criminal Justice Advisory Council, said the main goal is to make sure people who are capable of getting their records expunged have an easier time getting a job, applying for housing, or getting accepted to go back to school.

“It’s been a really long time since I’ve had any kind of criminal mischief, and I’m tired of it and need to move on with my life,” said Albert McKenna, hoping to get his record expunged. “They got me all going through the application for the expungement process, which I had no idea how to do when I first started.”

There may be helpful alternatives even for those who are not eligible to have their records expunged. Sudbury said events like these have volunteers who are capable of working to get their charges reduced, or help people get pardons for their crimes.

“Some of these individuals who I spoke to outside are individuals who had offenses that are 20-30 years old, that they’ve been carrying around their neck like a millstone thinking they can never get rid of them,” Gill said. “Almost 70 million people in this country have at least one conviction, and many of them are eligible for expungement, but they don’t have the information.”

Gill said he hopes to see events similar to this one at least once or twice a year in Salt Lake County.

The next Expungement Day event is scheduled for October.