Your top questions about every Democratic presidential candidate, answered 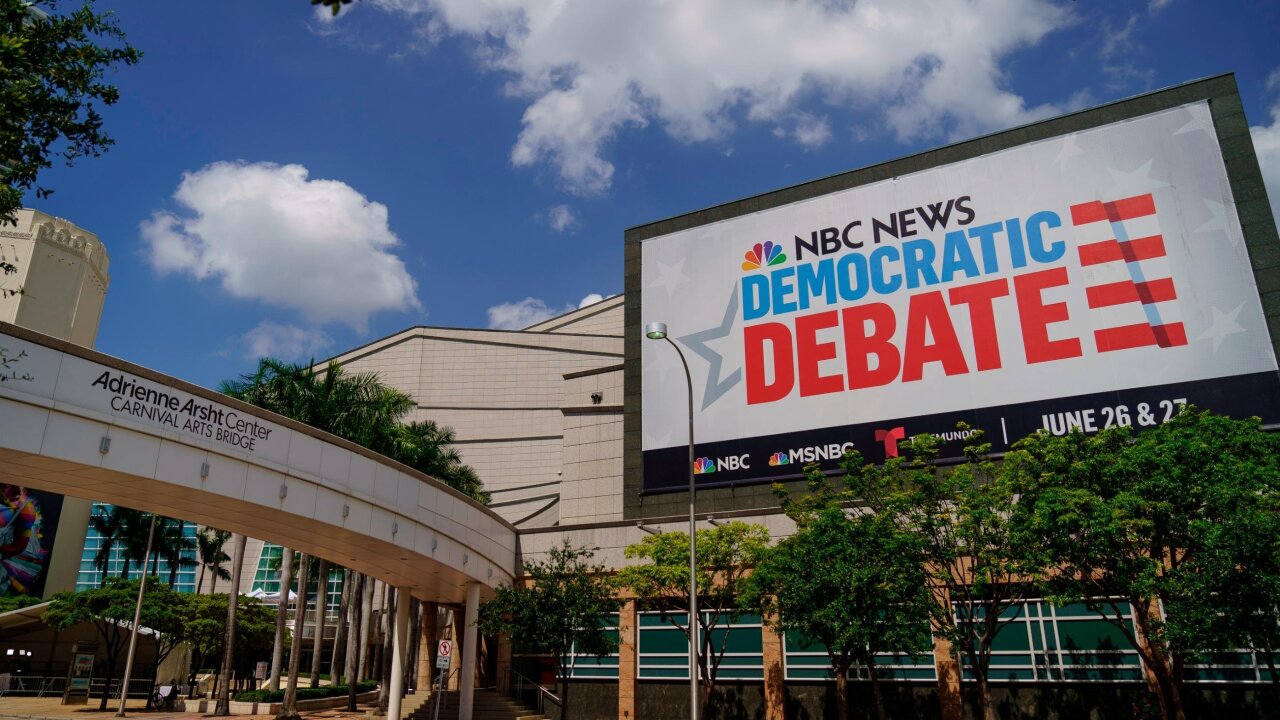 For many of them, this week will be an opportunity to introduce themselves to a national audience.

Google provided CNN a list of the top five questions that people asked the search engine about the 20 candidates set to debate on Wednesday and Thursday.

For nearly every candidate, “how tall is …?” made the list. That particular query may stem from a belief that tall candidates feel, at least subconsciously, like better leaders. But historically, height hasn’t always blocked the road to the White House.

Here’s what Google searchers were dying to know about the candidates (naturally, we’ve listed them in order of their search rankings).

How old is Elizabeth Warren?

The senator from Massachusetts turned 70 this week. She was born June 22, 1949, making her younger than presidential rivals Donald Trump, Joe Biden, Bernie Sanders and Mike Gravel.

Who is Cory Booker dating?

The New Jersey senator is dating actress and activist Rosario Dawson. Dawson, who appeared in “Men in Black II” and “Rent,” confirmed to TMZ in March that she is “very much” in a relationship with Booker. The presidential candidate had sparked interest the previous month after telling “The Breakfast Club” radio show, “I got a boo.”

Where is Beto O’Rourke?

The 46-year-old entrepreneur, former congressman and skateboarding phenom hails from El Paso. After losing a high-profile Senate race to Ted Cruz in 2018, he spent weeks on the road meeting voters and blogging about it, before declaring his presidential run. These days, Google searches about his whereabouts will find him in the early primary states.

The US representative from Hawaii is a practicing Hindu and a lifelong vegetarian, according to Public Radio International. For those keeping score at home, another 2020 candidate, Booker, is vegan.

Why did Bill de Blasio change his name?

What is Amy Klobuchar’s religion?

The Minnesota senator is a Congregationalist, which means she is a member of the United Church of Christ.

Where does Jay Inslee live?

Inslee lives in the governor’s mansion in Washington’s capital of Olympia. The two-term governor, who made headlines for maintaining a garden with his wife at the official residence, is making climate change a signature issue in 2020.

Who is Tim Ryan?

Ryan is a congressman who’s represented Youngstown, Ohio, for nearly 20 years. He says he’s running for president because he’s “watched the American Dream slip through the fingers of many Americans.”

What nationality is Julian Castro?

Castro, who served in President Obama’s Cabinet and as the mayor of San Antonio, was born in the city he would eventually lead and primarily raised by his grandmother, who immigrated to Texas from northern Mexico.

Is John Delaney a Democrat?

Delaney, a businessman, won election to Maryland’s 6th District as a Democrat in 2012. With a net worth of $93 million, he was the sixth-richest member of Congress in 2018.

What did Joe Biden say to Cory Booker?

Barack Obama’s vice president, who boasts high name recognition coming into the debates, was criticized by Booker this month. The New Jersey senator demanded an apology from Biden for working across the aisle with noted segregationists, including James Eastland and Herman Talmadge, during his decades in the US Senate.

When CNN asked Biden about it, he responded “apologize for what?” He added, “there’s not a racist bone in my body. I’ve been involved in civil rights my whole career.”

How much is Bernie Sanders worth?

The Vermont senator who sought to upend established politics with his 2016 presidential run reported that he and his wife made more than $1 million in 2016, up from about $240,000 the year before. All told, since his explosive first presidential campaign, the Sanders household has taken in $2.79 million, largely on the strength of his bestselling book “Our Revolution.”

How to pronounce Buttigieg?

Pete Buttigieg, who serves as mayor of South Bend, Indiana, inherited his last name from his Maltese father. His husband, Chasten, took to Twitter to help sort out the oft-asked question. Answers he gave included “boot-edge-edge” and “boot-a-judge.”

Who is Andrew Yang?

Yang, educated at Columbia Law School, is a tech entrepreneur who ran an education company, founded Venture for America and received awards from the Obama White House. He’s made the universal basic income a key feature of his campaign.

The California senator is biracial, with parents who immigrated to the United States from Jamaica and India. She told the hosts of “The Breakfast Club,” “I was born black. I will die black.”

How long has Michael Bennet been in the Senate?

Bennet joined the US Senate 10 years ago, in 2009, after then-Colorado Gov. Bill Ritter appointed him to fill an open seat. Bennet retained his position in 2010 and 2016.

Where is Marianne Williamson from?

The New York Times bestselling author was born in Houston and spent much of her life in Southern California, running for Congress in the area in 2013. This month, she announced that she’d moved to Des Moines in order to go all in on the Iowa caucuses.

What does Eric Swalwell stand for?

The California representative’s campaign website lists positions on a number of key issues but highlights a single policy proposal, “A National Framework to End Gun Violence,” enumerating an eight-point plan.

The senator from New York is married to Jonathan Gillibrand, with whom she has two children, Theodore and Henry.

Is John Hickenlooper running for president?

The former governor of Colorado jumped into the race during the first week of March.