Woman critically injured after truck collides with motorcycle in Logan 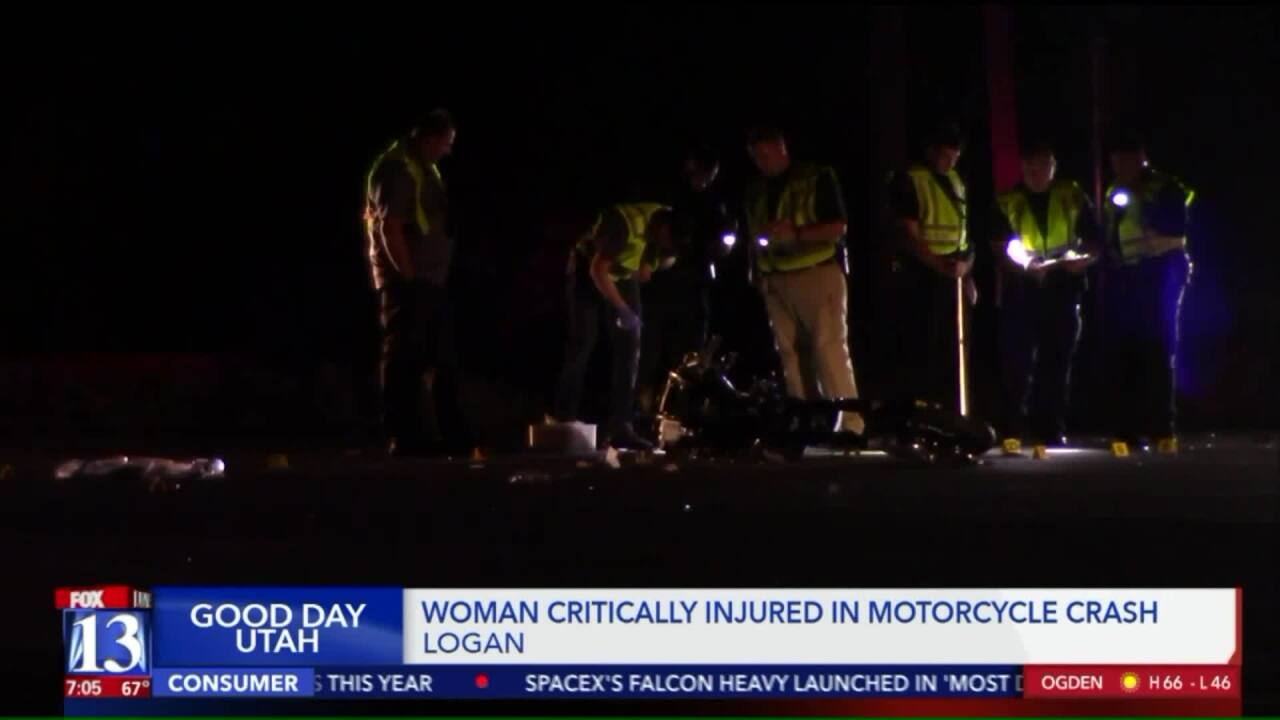 LOGAN, Utah -- A woman is in critical condition after the motorcycle she was riding on crashed into a truck in Logan.

Logan Police said the driver of a pickup truck was making a left-hand turn and didn't see the pair on a motorcycle before the two vehicles collided.

The man and woman on the motorcycle were both taken to local hospitals. The woman, who had been riding as a passenger on the bike, was airlifted to another hospital and is in critical condition.

Specific details about the man's condition were not available.

Police said neither were wearing helmets.

The driver of the truck was not hurt.