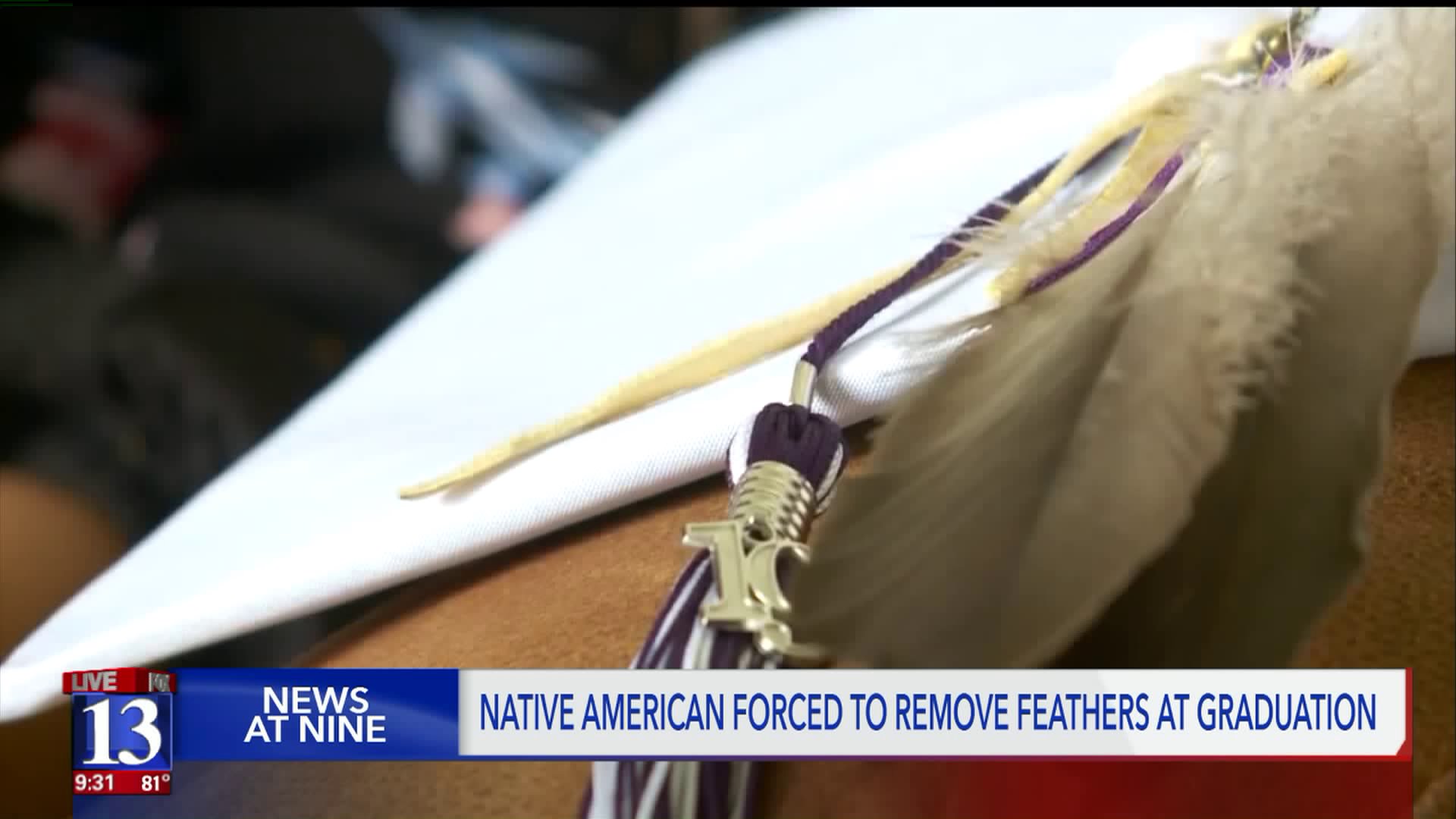 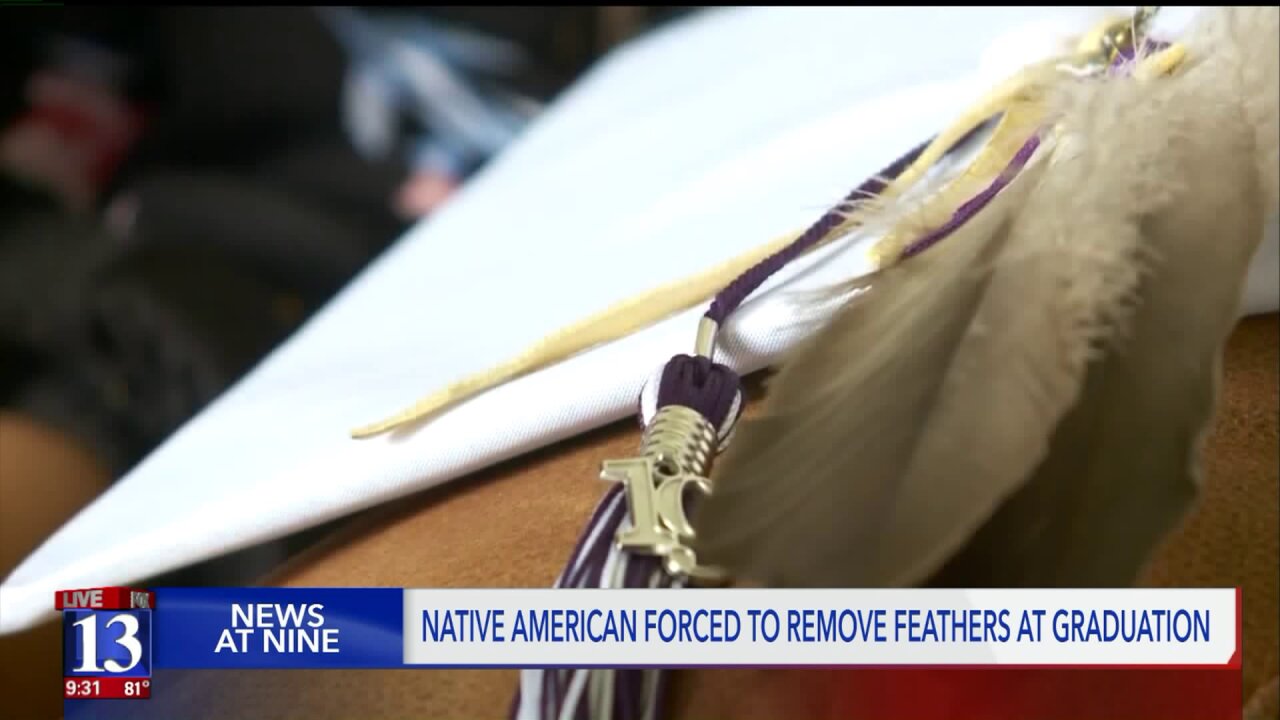 LEHI, Utah — A young Native American woman is sharing her frustration after she was forced to remove a symbol of her culture during her graduation ceremony at Lehi High School last month.

High school graduation is a major milestone, but for Tasheena Savala, something important was missing from the moment.

“This is how I was expressing myself. To me, my eagle feathers were just as important as my cap and gown,” says Savala.

“In my culture the elders say that the eagle is the highest-flying bird and so when you see an eagle, you’re supposed to say a prayer so that the eagle can take it to the creator,” says Savala.

It’s an honor that you have to earn in her Navajo Native American culture, and she earned it, by graduating high school. However, while waiting in line to walk across the stage, she was ordered to remove it.

“A teacher walked by and was like hey you can’t have that on your cap,” says Savala.

Obedeiently, Savala removed the feathers from her cap.

“He walked by again and he was like oh thank you for taking that off. I appreciate that, but I was kind of upset because it’s part of my identity,” says Savala.

“We just had to dress nice and keep it formal like we couldn’t have crazy leis. The only leis we were allowed to have were real flower leis,” says Savala.

The Alpine School District sent this statement to Fox 13:

“We learned of a concern reported las week, that one of our Lehi graduates was asked to remove a decoration (three eagle feathers) from the top of her graduation cap. Lehi High School sent notifications out to their graduates and parents, held an informational assembly explaining expectations for the formal graduation, prior to the May graduation ceremony. Any exception for graduation procedures were addressed to administration by students or parents prior to the graduation. The school was not aware of this request. There was an oversight or misunderstanding by the teacher or student that prior notice/approval was not made. The teacher was caught off guard seconds before the graduate was to make her way out of the tunnel. The teacher was following the set procedure by the school, that no cap was to have decoration on it. Students instead were allowed to wear any ornament, decoration, and/or recognition around their neck, on top of or under their gown, which was a change from prior years. In Alpine School District, individual high schools determine rules and guidance for how students are to dress, behave, and perform during this special recognition. Most importantly, we are said a student was frustrated to have been asked to remove the feathers and instead, carry them in her hand as she walked. We will continue to study and refine our graduation procedures and processes, set clear expectations for notification to the school for students and parents who are seeking unique circumstances outside of school requirements.”

Despite the setback, Savala says she still enjoyed her graduation and hopes by sharing her experience, it may change for other Native American students.

“My brother is actually a year younger than me so for him to share his cultural identity in the way that he wants to when he graduates so if he wants to wear eagle feathers, he would be allowed to,” says Savala.