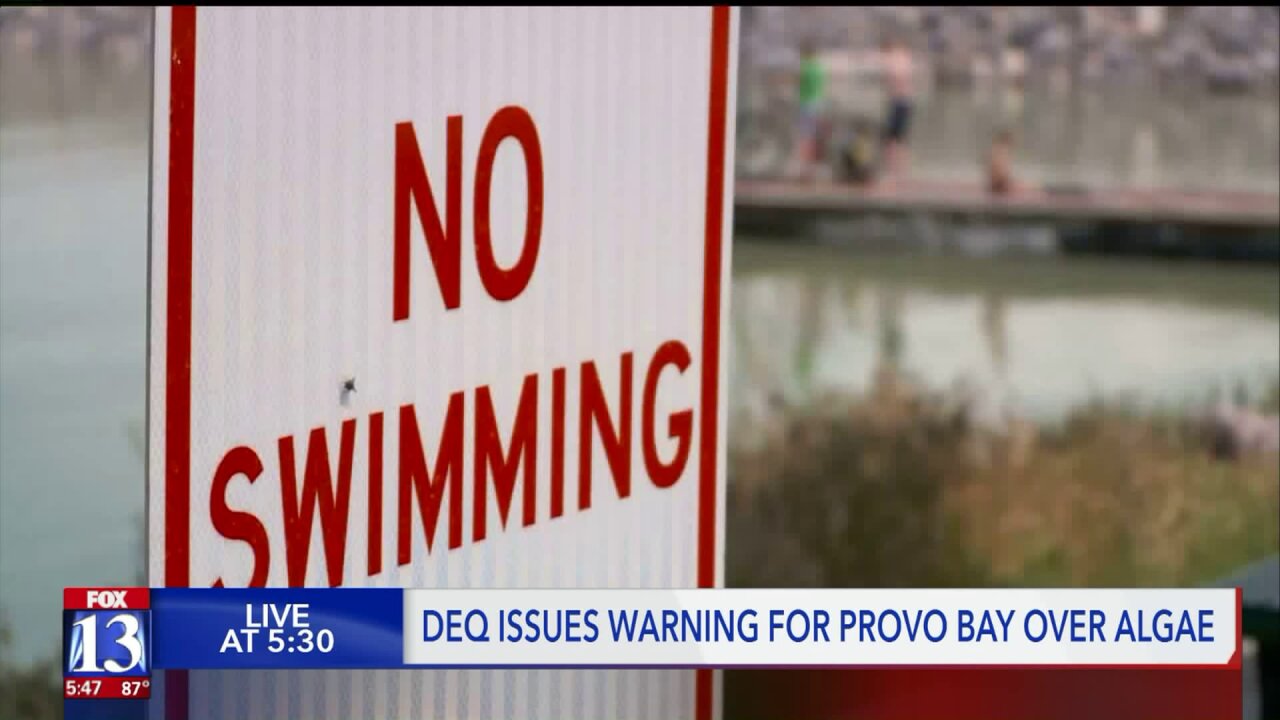 PROVO, Utah — Utah Lake is dealing with toxic algae issues for the second time this summer, this time in Provo Bay.

Officials with the Utah Department of Environmental Quality said they're planning to post more warning signs at Utah Lake State Park and Sandy Beach in response to the outbreak. When Fox 13 stopped by Provo Bay, we only found one sign warning about algal blooms, posted more than a year ago.

The @UCHD issued a Warning Advisory on June 24, 2019 for Provo Bay after samples collected on 06/18/19 showed high cyanobacteria cell-count concentrations. UCHD will be posting advisory signs at Sandy Beach and the Utah Lake State Park Marina. More at https://t.co/0tUO6zyKdP.

The repeated issues have led UDEQ to start posting more permanent signs, telling people to stay out of any water that might be infected.

Signs to look out for include:

Officials said boating and fishing are safe, as long as you clean the fish properly before you eat them; swimming can be more risky. It's especially important to not ingest the water.

Dale Johnson, who was out fishing with his grandkids on Tuesday, said he had no idea about the warnings because nobody told him when he entered Utah Lake State Park. He said now he's especially glad his family stayed inside the boat.

"I don’t know anything about it, other than it seems like usually it’s late summer there’s a lot of problems with it," Johnson said. "I thought with the cooler weather so far this year it probably wouldn’t be a problem for a while… and I didn’t catch any fish, so it doesn’t matter."

If you are exposed, the symptoms can be serious, ranging from skin irritation to brain and liver damage.