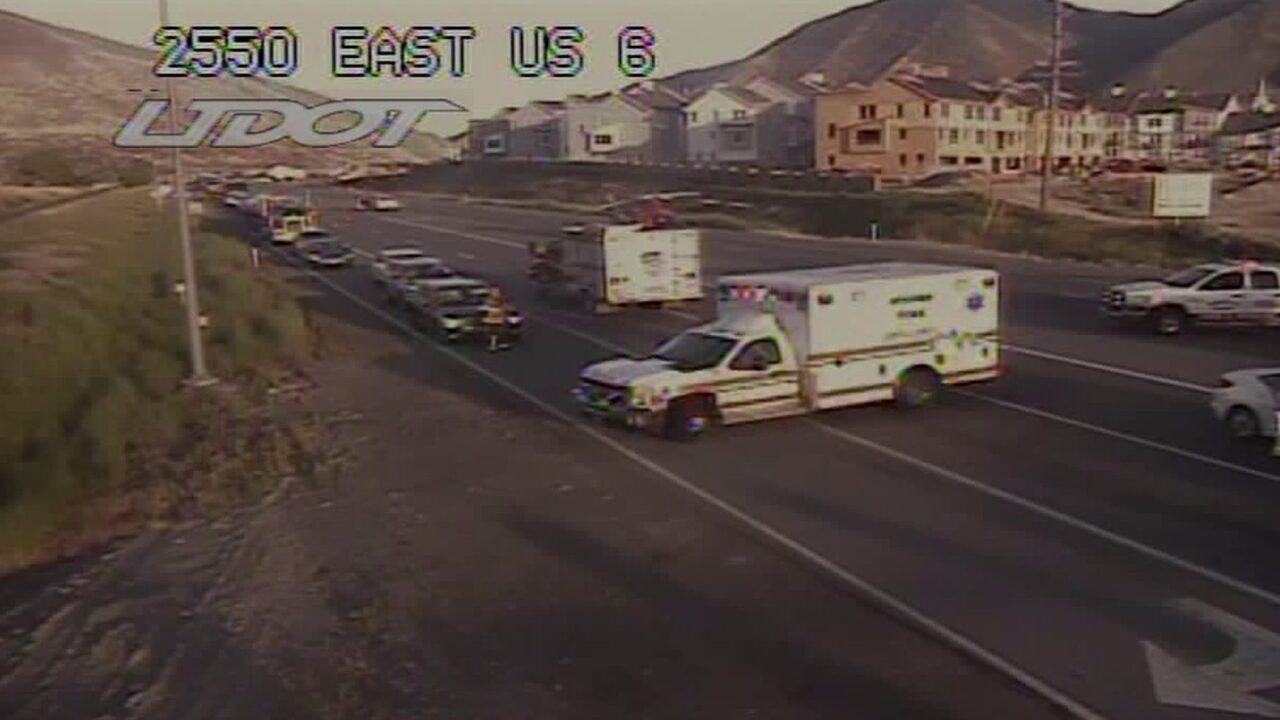 SPANISH FORK, Utah — A woman was killed after a car she was in was hit from behind while stopped on US 6 in Spanish Fork Monday night.

Police tell Fox 13 a Porsche was stopped behind a motorcycle on US 6 when an SUV ran into the back of the Porsche near 2250 East. Fox 13 News first heard report of the crash shortly before 10 p.m.

The impact pushed the Porsche into the motorcycle, knocking both passengers off.

A total of five people were taken to hospitals. Palmer, who was riding in the passenger seat of the Porsche, died at the hospital.

The driver of the Porsche, 56-year-old Jeffery Palmer, is currently in the ICU at a local hospital.

Specific details on the conditions of the other injured parties were not immediately available, but authorities said all are expected to survive.

Lt. Anderson of Spanish Fork Police said the driver of the SUV may have suffered some kind of medical episode, because he did not stop prior to the impact.

A previous version of this story incorrectly stated the woman who was killed was a passenger on the motorcycle.