Father of woman accused of burglary says his daughter is unwell, police treated her unfairly 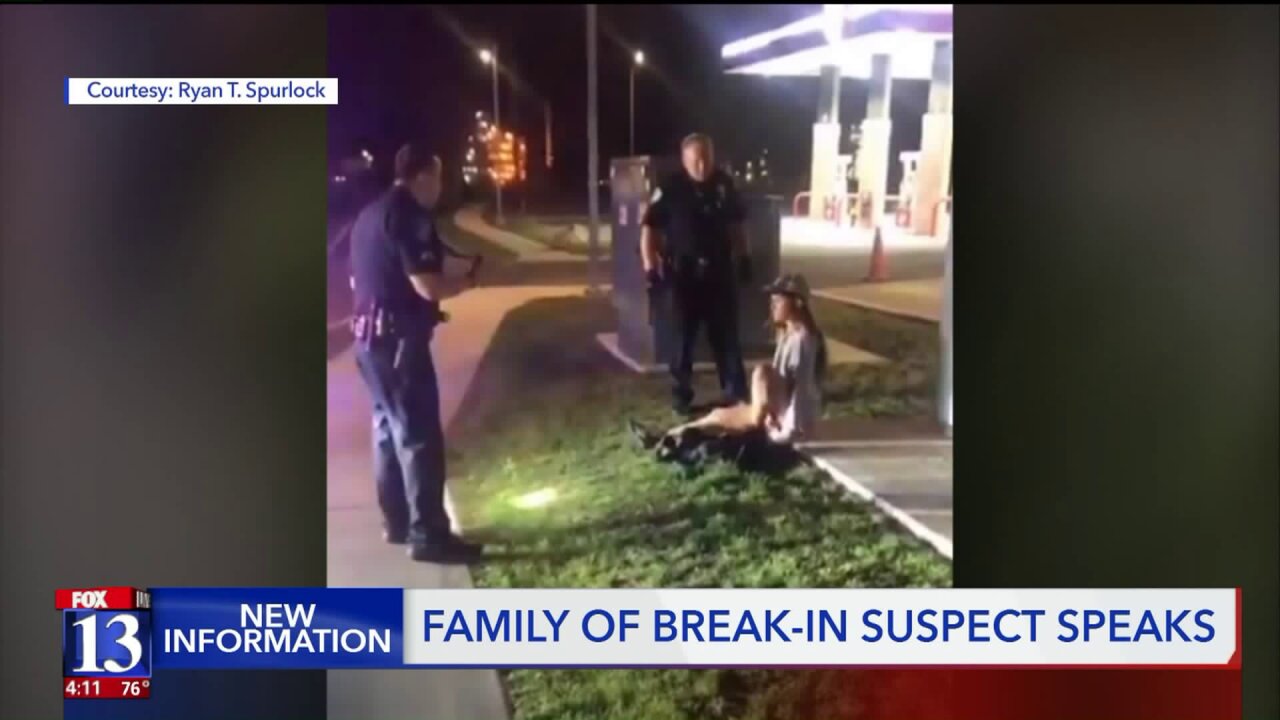 Police say 20-year-old Chalese Andreason broke into a man's apartment Wednesday morning, took off her shoes, drank a beer, sat on the couch and was petting the tenant's dogs.

The person who actually lived there came home and confronted her. He told Fox 13 she seemed confused and eventually ran to the balcony and jumped off.

Wayne Andreason, Chalese's father, thinks police should have realized she was not in the right frame of mind.

"The police officer knew she jumped out of a balcony, a second story balcony barefooted, and I would think they would take her to the hospital, have her checked out, make sure there`s no internal bleeding stuff like that," he said. "Also I think you should treat somebody that`s clearly out of their mind with respect."

Andreason's father said she had a mental breakdown and had walked into the wrong apartment. She is currently undergoing a mental health evaluation at LDS Hospital.