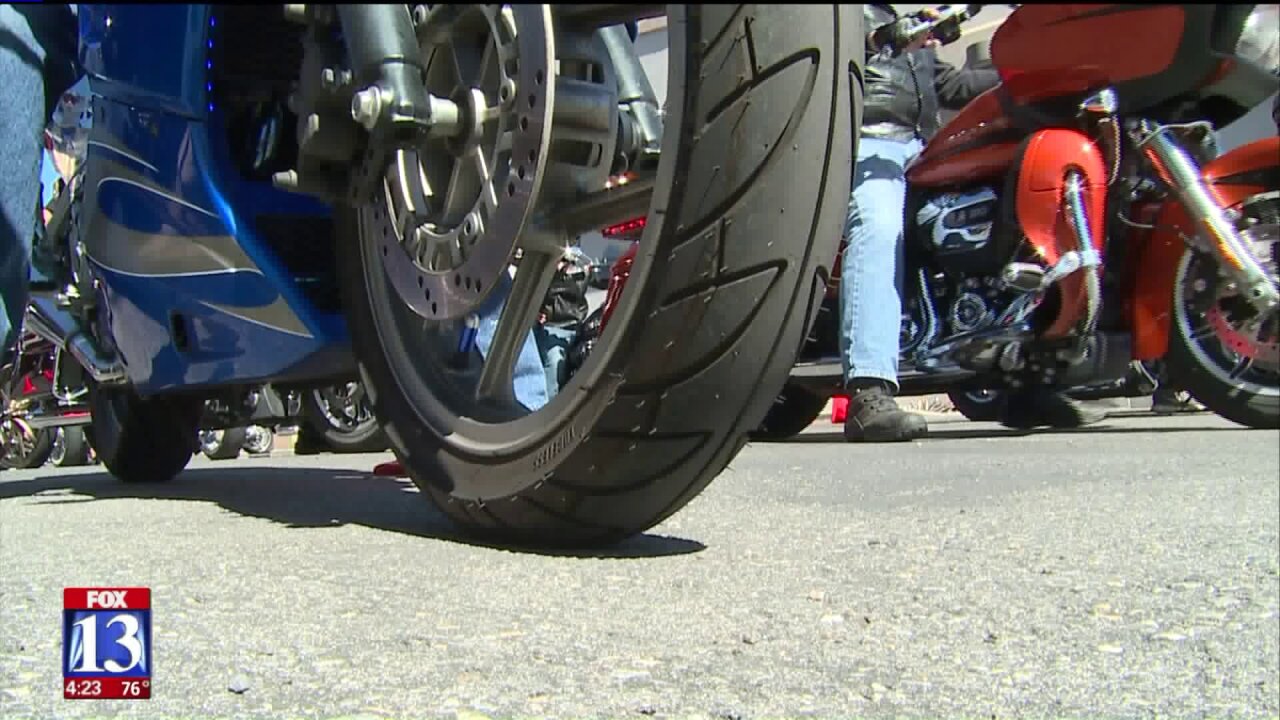 The annual ride is put on by the Utah 1033 Foundation, which provides financial support to the officers' families. This year's event was especially emotional since Officer David Romrell died in the line of duty last November.

"It was the worst day of my entire career," said Chief Jack Carruth of the South Salt Lake Police Department. "I'm getting choked up a little bit... It still feels very much like yesterday."

Romrell's family said they feel thankful for the support from other families who have been in the same position.

"David was our youngest out of all four children," said his mother, Lynnette Romrell, with tears in her eyes. "I love events like this. It brings us close together as a family."

Shante Johnson, the widow of Draper Police Sgt. Derek Johnson, said she wanted the event to be a celebration and a "thank you" to the Utah 1033 Foundation. Sergeant Johnson was shot and killed in 2013.

"It’s a double-edged sword, because you want to be able to provide support and let people know that you’re there for them, but it really sucks to be able to relate to them," she said. "He wanted to make a difference, and, even in his death, he’s still making a difference."

Jade Francom, who takes part in the ride every year, used to ride motorcycles with his son, Jared Francom, an agent with Ogden Police who was shot and killed in 2012. His family was the first to receive aid from the Utah 1033 Foundation.