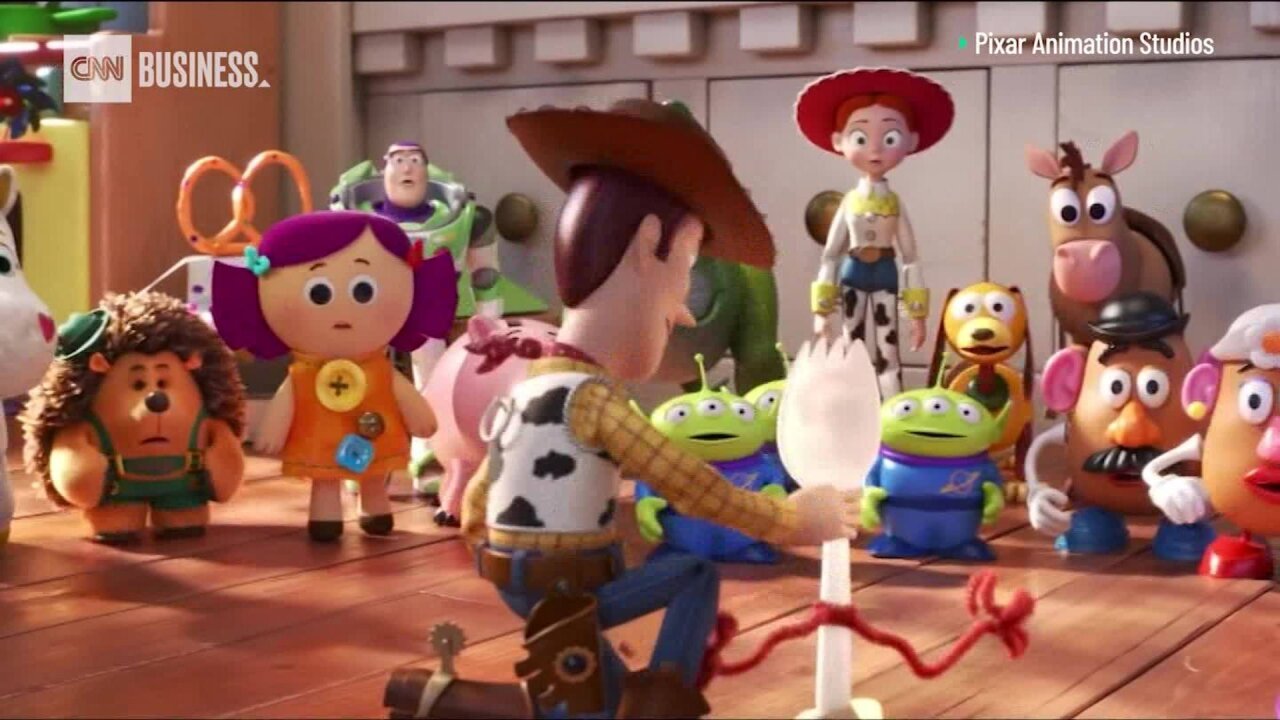 (CNN) — Families are turning out to watch “Toy Story 4,” but it was not quite enough to smash Disney’s high expectations.

The latest Pixar installment in a decades-old children’s franchise had an estimated $118 million opening at the North American box office this weekend. It beat out R-rated Chucky thriller “Child’s Play” and Disney’s “Aladdin.” Worldwide, it made $238 million.

Pixar’s parent company Disney had initially predicted the film could reel in $140 million. The original Toy Story debuted in 1995 and the first three installments have made almost $2 billion in the global box office, according to Comscore.

“Toy Story 4,” which sees Tom Hanks and Tim Allen return to voice Woody and Buzz Lightyear, could be buoyed by positive reviews. It has a 98% rating on review site Rotten Tomatoes. Those ratings could encourage more people to check out the film in the weeks to come.

A record-setting opening weekend is less important than staying strong over a longer time period, Paul Dergarabedian, senior media analyst at Comscore, told CNN Business. “This is a movie that’s in it for the long haul, both in North America and worldwide,” he said.

The North American box office could use a win. Even with some blockbuster successes this year, like “Avengers: Endgame” and “Captain Marvel,” underperformers like “The Secret Life of Pets 2” and high industry expectations have led to a June slump.

20th Century Fox’s “Dark Phoenix,” which explored Jean Grey’s back story, had the poorest box office opening in the X-Men franchise and flopped in critic reviews. Sony’s “Men in Black: International” also received poor reviews and was just short of industry expectations in its opening weekend.

Competition from the small screen may have played a role as well. Whether it’s new releases on Netflix or the final season of “Game of Thrones,” which attracted a record 19.3 million viewers for its last episode, viewers’ attention is being divided. “There’s a lot of competition for the hearts, minds, and wallets of potential patrons,” said Dergarabedian.

The rest of the year will also bring more potential big hits. Disney’s star-studded “The Lion King” and Marvel’s “Spider-Man: Far From Home” are set to premiere next month. And this December, Lucasfilm’s “Star Wars: The Rise of Skywalker” will hit theaters.