Search continues for U of U student Mackenzie Lueck 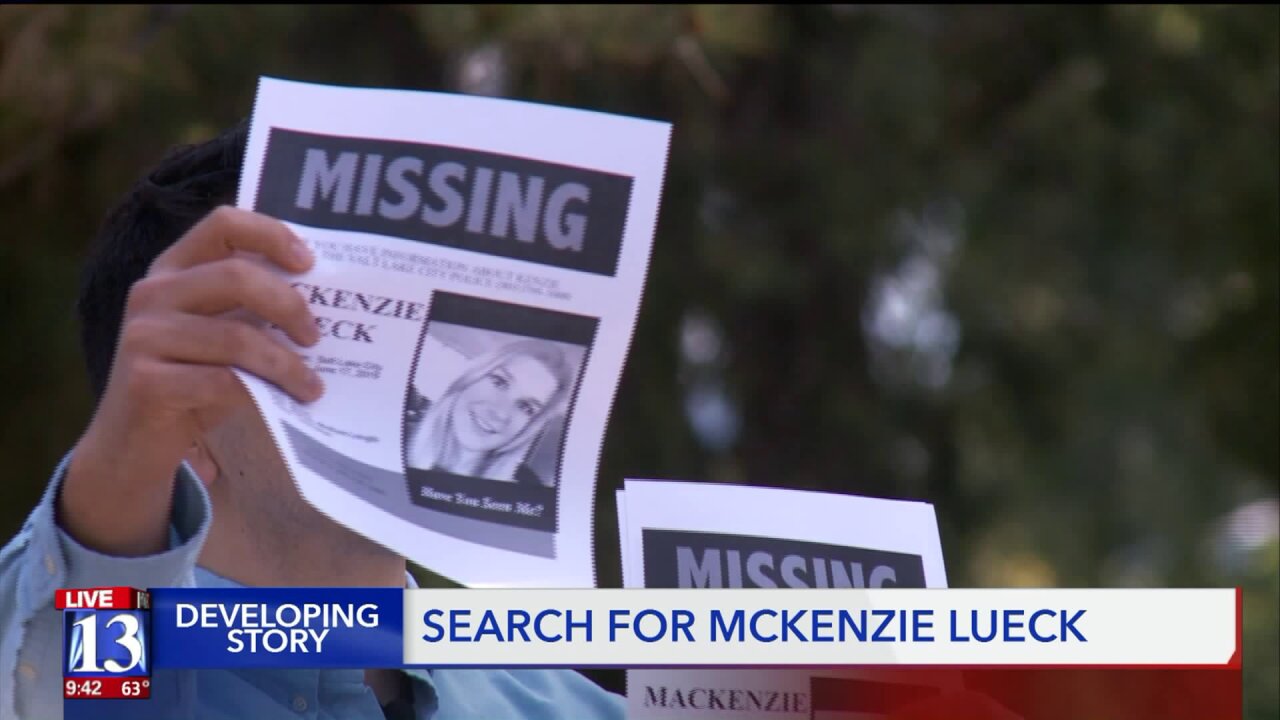 SALT LAKE CITY — Salt Lake City Police report they are in connection with Mackenzie Lueck’s Lyft driver, the last known person to have been with the missing 23-year-old.

At this time, police said they have no reason to believe the driver was involved with Lueck going missing and that he is cooperating with their investigation.

As police work through the evidence on their end, Lueck’s sorority sister’s from the University of Utah continue their search.

Handing out flyers at Liberty Park, Ashley Fine said the circumstances behind Lueck’s disappearance are alarming.

Lueck had been at a family funeral in California, and the last time anyone heard from her was when she texted her parents at 1 a.m. Monday, saying she had landed safely back in Salt Lake City.

“Not going home to your pets or your roommates, or just dropping your luggage off, that’s very abnormal,” Fine said. “Not going to work. Having your phone off for five days now, very very bizarre and alarming.”

Police said Lueck took a Lyft ride from the airport, but that there were no irregularities in the driver’s route - he went to the destination entered in by the rider.

As far as reaching out to Lueck through social media, Fine said she’s reached out while the media shows she’s active.

“It might show that she is active on social media, but that is not Mackenzie,” Fine said.

Instead, it’s friends and family going through Lueck’s account, she said.

Whether searching on social media, or with boots on the ground, Fine said they hope one message comes across clear — they want Lueck to come home.

Anyone with information that may be helpful to the investigation can contact Salt Lake City Police at (801) 799-3000.