Florida police detained a tortoise for blocking the road. He got away with a warning and a selfie 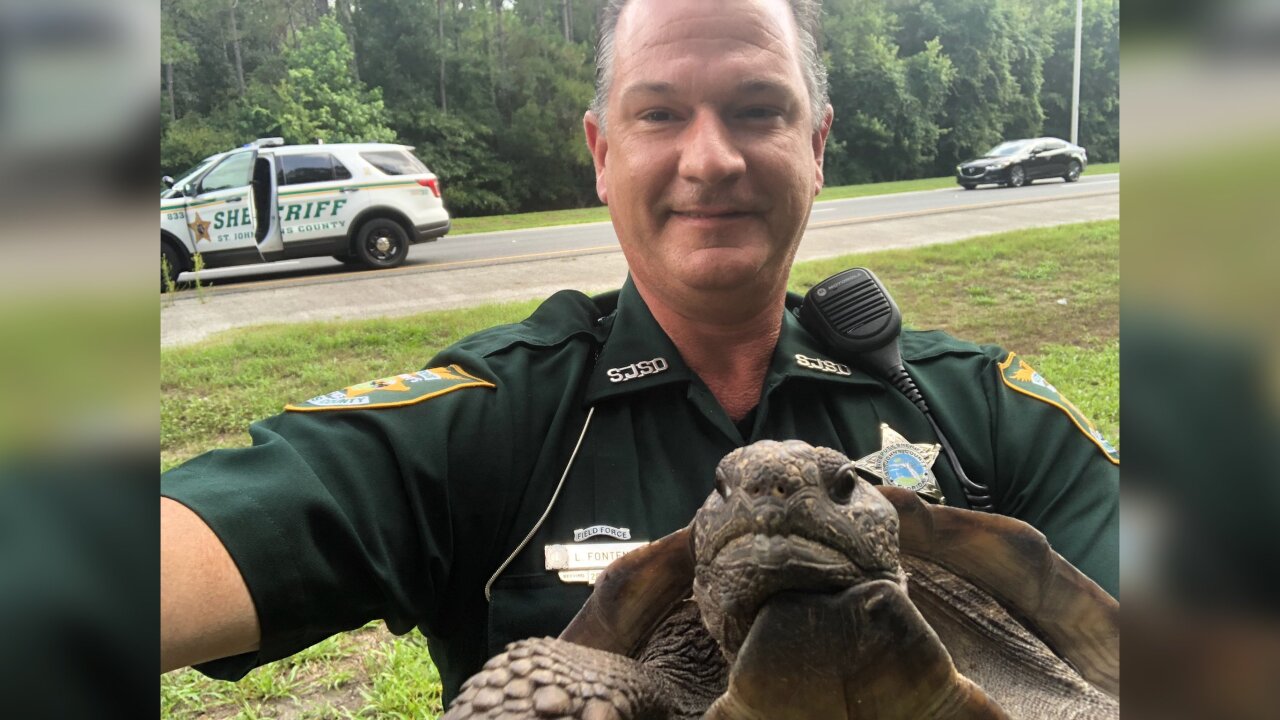 Florida law enforcement detained a slow-moving Florida native after the suspect refused to clear the road when asked.

The gopher tortoise was walking along Nocatee Parkway, north of St. Augustine, when St. Johns County Sheriff’s Deputy L. Fontenot spotted it during a routine patrol.

When asked to clear the road, the suspect, identified as “Gopherus Genus,” age unknown, continued its stroll.

Fontenot quickly detained the suspect. The St. Johns County Sheriff’s Office said in a statement that the two had a “heartfelt conversation regarding this risky behavior” and the suspect was “released on his own recognizance.”

“Gopherus was cooperative during the remainder of my encounter with him, so I chose to use discretion and let him go with a warning,” Fontenot said in the statement.

But not before the pair took a selfie.

Gopher tortoises, which are the only tortoises found east of the Mississippi River, are listed as threatened in Florida and are protected under state law, according to the Florida Fish and Wildlife Conservation Commission. They are known for the deep burrows they dig for shelter, which are on average about 15 feet long, and they can live as long as 60 years in the wild.

This species of reptile also spends up to 80% of its time in the burrows, according to the conservation commission — so maybe the “Gopherus Genus” stopped on the parkway was just trying to get home.