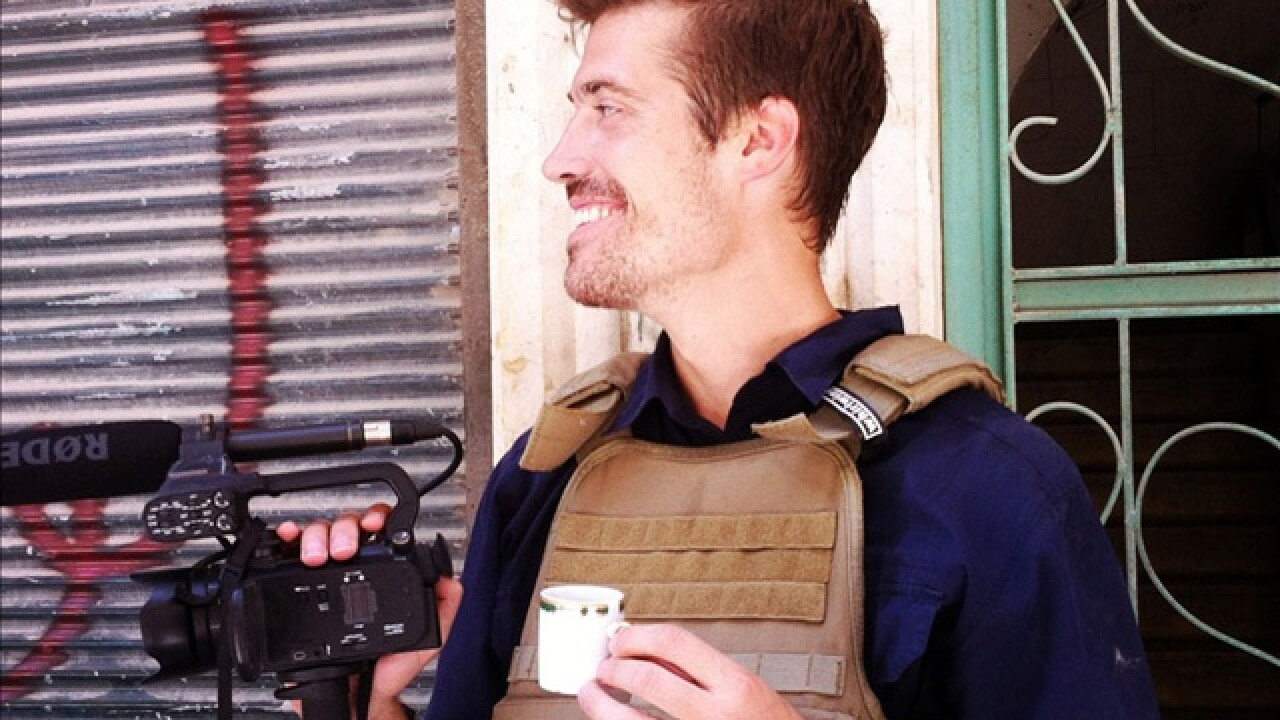 After her son was kidnapped in Syria by ISIS, Diane Foley made monthly trips from her home in New Hampshire to Washington, DC, looking for updates on the government’s efforts to rescue him.

For nearly two years, as James Foley’s captors demanded millions in ransom payments and moved the freelance journalist between prisons, Diane Foley set up as many meetings as she could with national security officials.

The same agency would often send her to different people who had limited information on her son’s case, she said. At times, she remembers she felt lied to.

“There really wasn’t anyone in the government who was accountable. They may have cared in many ways, but Jim was at the bottom of a very long list of other tasks for most of the people we met,” Diane Foley said in an interview with CNN. “It really was a very isolating, upsetting, excruciating ordeal.”

Five years after James Foley was killed by ISIS, an increasing number of US citizens held captive have returned home and, according to a survey released Monday, families of hostages report a significant improvement in their interactions with the government during the traumatic process.

The changes, the survey notes, follow an overhaul of US hostage policy and an admission by President Barack Obama in 2015 that the government had let some of these families down.

Twenty-two hostages and family members participated in the survey, conducted by the James Foley Legacy Foundation, which was founded by his mother Diane, and New America, a think tank based in Washington, DC.

Nearly all the people who spoke to the foundation whose cases began after or continued through the implementation of the new policy said the government gave them candid assessments of intelligence and rescue plans, and they noted a greater prioritization of their cases by senior government officials — a marked turnaround from the responses of people with cases that unfolded before the policy change.

“Overall, post-PPD-30 families reported feeling better understood and supported and believed that they were being treated with empathy and compassion,” the survey says, referring to a presidential policy directive launched as part of the new plan.

PPD-30 and a simultaneous executive order came after a dark period for US national security officials in the Obama administration. After a failed rescue attempt by US special forces in Syria, three Americans — Foley, Steven Sotloff and Peter Kassig — were beheaded over three months by ISIS in grisly desert scenes that were widely publicized online.

“It was just awful,” said Josh Geltzer, a national security lawyer who helped build the new hostage policy and later led its central arm as the senior director for counterterrorism at the National Security Council. “For those of us in government who worked on national security issues, this was failure, and ultimately it was failure that the President rightly, in my view, said was unacceptable.”

After a nearly eight-month internal review, Obama sat down with families of hostages in a room at the Eisenhower Executive Office Building to go over the changes he would enshrine in the directive and executive order.

The plan the President laid out aimed to break a bureaucratic and siloed approach to hostage recovery and committed to more open relationships with hostage families.

It also created new institutions, including the Hostage Recovery Fusion Cell, a multi-agency team comprised of officials from the FBI, Pentagon, State Department, and other agencies, that focused solely on hostage operations, as well as positions at the State Department and Office of the Director of National Intelligence that were charged with leading their agency’s efforts in the hostage recovery mission.

A key point of the new policy made clear that families of hostage victims would not be prosecuted for making private ransom payments to the terror groups holding their loved ones.

That had been a main cause of worry, several respondents in the Foley survey said. Government officials had been vague about the legality of the payments, and in one case, an NSC official threatened to prosecute a hostage family member under laws preventing Americans from financially supporting terror groups, according to the report.

Still, hostage families noted in the report that there remained ambiguity about how far the protection from prosecution extended for the private ransom payments and any negotiations with terror groups.

Respondents also faulted the government for recent staffing shortfalls in the Fusion Cell that left it with less participation from senior officials from certain agencies, diminishing the group’s clout.

While the survey notes hostage families felt “deep concern” with the Trump administration’s initial delay in filling the Special Presidential Envoy for Hostage Affairs position at the State Department, responses from families still engaged in recovery efforts with the government reflect a continued reliance on the new framework by the White House.

Americans held hostage on the decline — for now

The number of Americans held hostage has decreased in recent years as ISIS’s territorial presence in the Middle East has diminished greatly. In 2018, the State Department said that there were less than 20 citizens being held by criminal or terror groups abroad.

Meanwhile, the number of citizens detained by foreign governments in situations that are considered unlawful — a separate category of individuals who don’t always receive the attention and resources of the hostage recovery framework — remains high.

A bipartisan bill introduced in Congress this year named after Bob Levinson, a former FBI agent who is believed to be unlawfully imprisoned 12 years after he went missing in Iran, would codify the Obama executive order on hostages and bring certain American detainees under its purview.

Over a dozen men and women held hostage or detained unlawfully have been returned so far under the Trump administration, in many cases from countries engaged in tense relationships with the US, like North Korea and Venezuela — a success that has become a point of pride for President Donald Trump and is a result, officials say, of his particular involvement.

“This wouldn’t happen with all of these hostages and detainees without the support of the President,” said Robert O’Brien, the special presidential envoy for Hostage Affairs picked by Trump, at an Oval Office ceremony in May that celebrated the return of an American Danny Burch, who had been held captive in Yemen for 18 months.

“The President has had unparalleled success in bringing Americans home without paying concessions, without prisoner exchanges, but through force of will and the good will that he’s generated around the world,” O’Brien said.

In 2017, Caitlan Coleman was rescued along with her Canadian husband and their three children after nearly five years as a prisoner of the Taliban. US intelligence had produced a lead on their location and shared it with Pakistan, which launched a raid on the terror group as they drove the hostages through a rugged region along the country’s northwestern border with Afghanistan.

“What I see is some of the structures delivering,” said Geltzer, who is now a fellow at New America.

“That’s exactly what these structures were designed to do — to take the opportunities that intelligence can create and make sure that the government makes the most of them,” he said.

Coleman’s rescue was also spurred by another important factor: a strong message from the Trump administration to the Pakistanis.

“The President did not mince words,” Jim Coleman said in an interview, relaying briefings he received on efforts to bring back his daughter.

Since returning to the US, Caitlin Coleman has struggled to earn a living. She has been diagnosed with PTS and is applying for disability payments, her father said in an interview with CNN.

It’s a problem noted by several of the respondents in the Foley survey, which recommended that the government explore how it can better provide support for hostages who come home with ruined credit and other significant financial challenges.

After her rescue, Coleman lived for a period in Canada, where the government paid for her housing and other basic needs, her father said.

“She comes home to America and nothing. I think that’s kind of an insult,” he said.