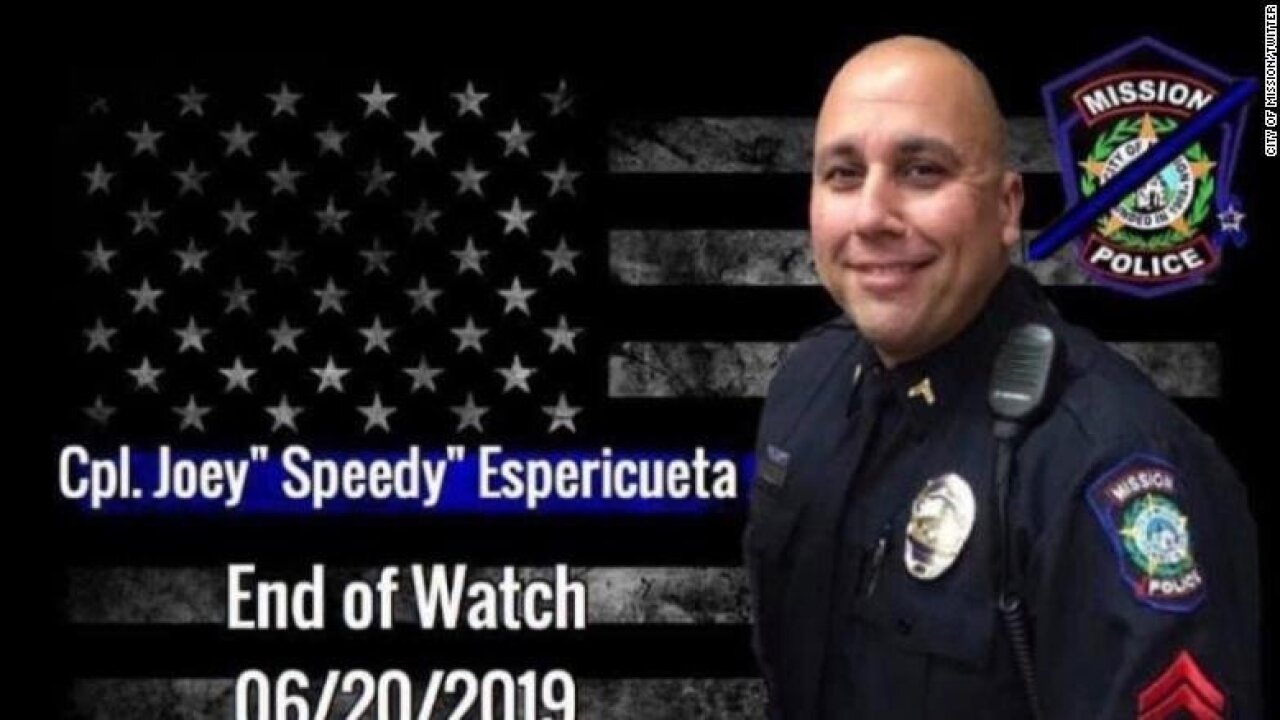 (CNN) — A Texas police officer who’d been featured on the A&E show “Live PD” has been killed in a shooting, becoming his police department’s first officer lost in the line of duty since 1978.

Cpl. Jose “Speedy” Espericueta, an officer in the city of Mission near the Mexico border, was responding to an assistance call from another officer Thursday night, police Chief Robert Dominguez said during a press conference Friday. A woman had waved down police, saying her son had shot at her car, he said.

When Espericueta arrived, he saw the son, later identified as Juan Carlos Chapa Jr., walking and attempted to make contact with him. Chapa began to run, then turned around and started firing at Espericueta, hitting him, police said.

The officer, with the help of others who had responded, exchanged gunfire with the 33-year-old man, Dominguez said.

Espericueta was transported to McAllen Medical Center, where he later died.

Chapa, who had also been hit, was pronounced dead at another McAllen hospital.

The Texas Rangers are now investigating the incident, the chief said.

‘This environment can be extremely dangerous’

“Our officers, as well as everyone in the line of duty, work in an incredibly difficult environment,” Dominguez said. “At times, as we see today, this environment can be extremely dangerous.”

The chief said officers sometimes patrol alone and other times in tandem, depending on the “number of officers working and … if they’re in training.”

The slain officer had recently received a Meritorious Service Award after saving an elderly woman from a burning house, according to CNN affiliate KGBT.

Espericueta had been featured on A&E’s “Live PD,” a show that follows officers’ lives as they work.

“His fellow officers called him Speedy because a lot of them had trouble pronouncing his last name, and also because we was fast responding to calls,” Abrams said.

“Our thoughts and prayers are with his family, friends and colleagues.”

‘We’re all in this together’

Espericuerta leaves behind a wife and two children, the chief said.

Sen. Ted Cruz of Texas sent his condolences, saying he was “saddened to hear” of the officer’s passing.

“Please join me in lifting up his family in prayers and for the continued safety of all the courageous men & women who work to protect our community,” Cruz said on Twitter.

Members of the community have been showing their love and support for the officer’s family.

“We’re all in this together as we mourn the loss of Cpl. Jose ‘Speedy’ Espericueta,” the city of Mission wrote on Twitter. “Thanks to our businesses for stepping up and standing by us.”

Outside the police department and City Hall, residents have put up flowers and black ribbons.

Public visitation will be held Monday at the Palm Valley Church. A funeral Mass for Espericueta will be Tuesday.