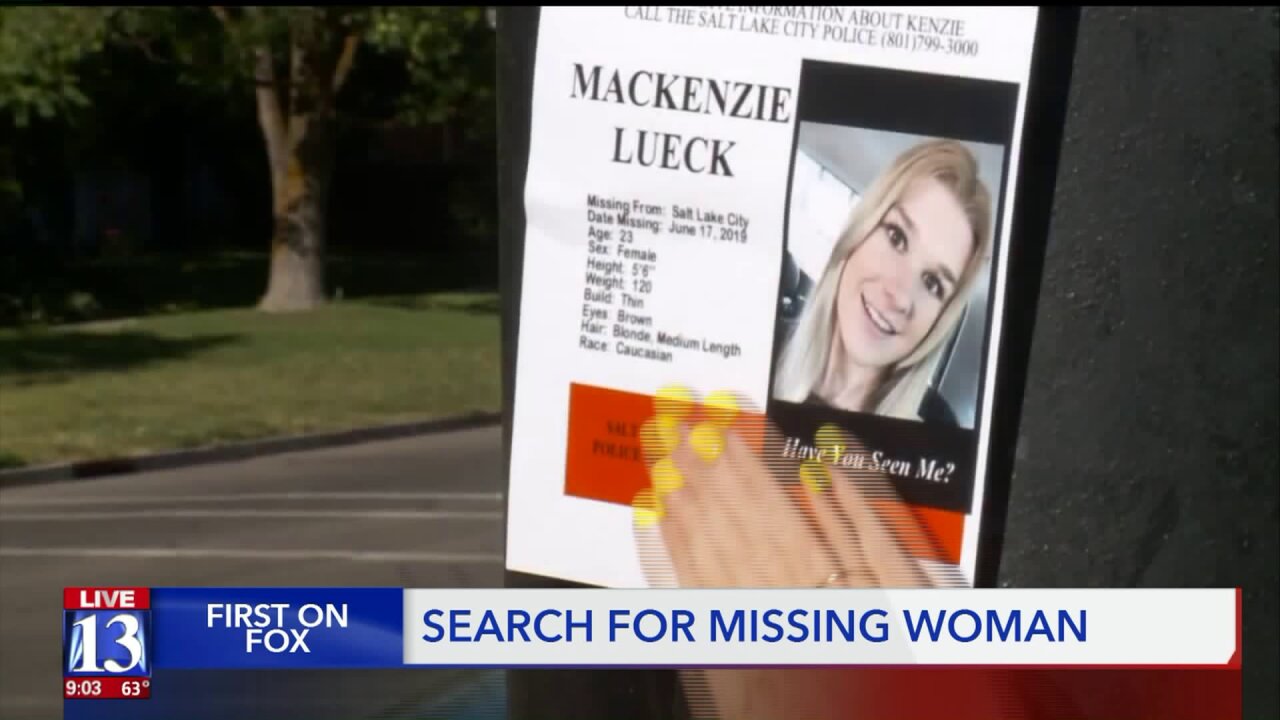 SALT LAKE CITY — A University of Utah student hasn't been heard from since Monday, and family and friends are concerned for her safety.

Mackenzie Lueck, 23, took a flight from Los Angeles to Salt Lake City after attending a funeral in California last weekend.

According to her father, she texted her parents around 1 a.m. Monday to let them know the flight landed safely. That was the last time they heard from her.

“There’s a lot our detectives are looking into,” said Det. Michael Ruff of the Salt Lake City Police Department. “They are trying to go back, trace any steps they can, talk to any people they can.”

Family and friends believe Mackenzie ordered a Lyft ride at the airport.

"We recognize how scary this must be for those who know and love Ms. Lueck. The safety of our community is fundamental to Lyft and we are actively assisting law enforcement with their investigation."

Lyft stated that Lueck's route "contained no irregularities and ended at the destination entered by the rider," and the driver continued to give rides immediately after her ride ended.

Police are not yet saying Mackenzie is endangered, but still many are determined to find her.

“My concern is over the roof,” said Kennedy Stoner, one of Lueck's sorority sisters. “She’s my best friend. I usually hear from her all the time.”

The silence is deafening to her friends.

“We want to do as much as we can,” Stoner said. “She’s just the sweetest, most genuine girl. I love her. I miss her. I’m extremely concerned for her and her well being.”

Mackenzie is described as 5’6” tall and 120 pounds. She has medium length, blonde hair and brown eyes.

Anyone with information that may be helpful to the investigation can contact Salt Lake City Police at (801) 799-3000.