Electric vehicle rideshare service up and running in Daybreak 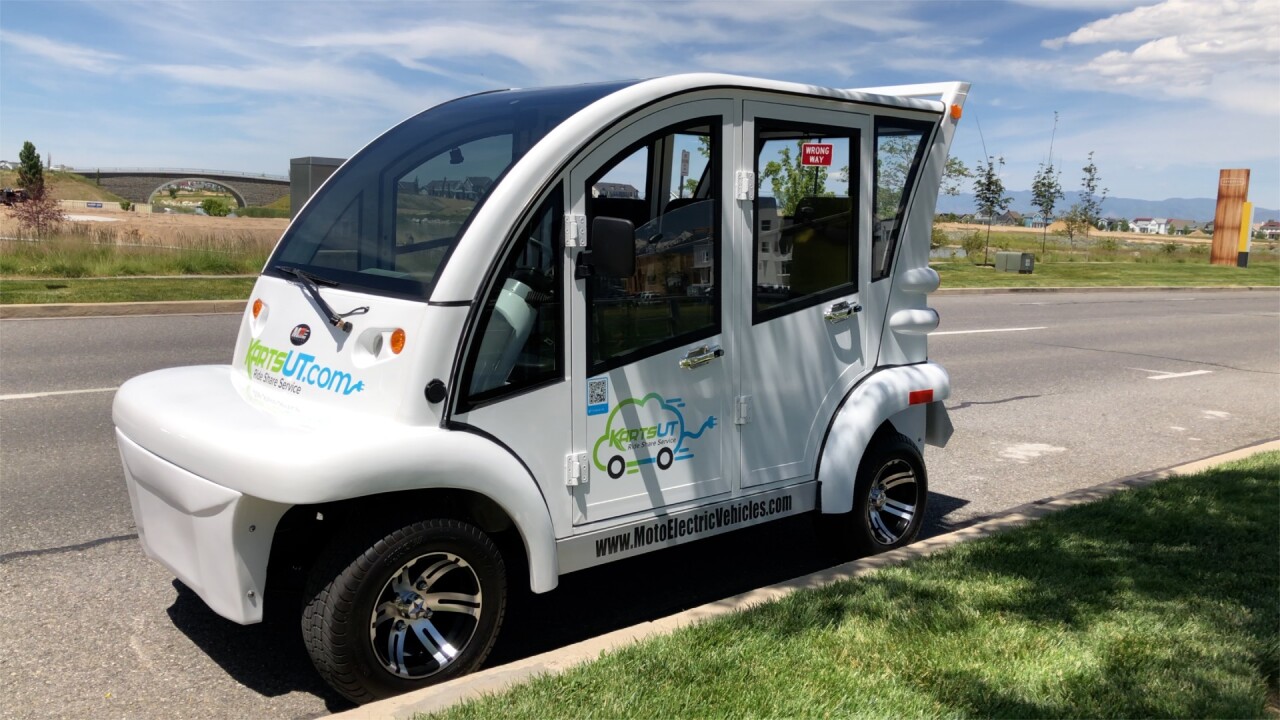 SOUTH JORDAN -  A new kind of ridesharing service called KartsUT is now available in Utah, but it's a bit different to the ones you're used to like Uber and Lyft.

Utah may have public transit in the form of TRAX, Frontrunner trains, and Buses, but stations and stops aren't always close to people's homes, so this new electric rideshare service could help bridge that gap.

If you head down to the Daybreak community, chances are you'll see the new golf cart looking vehicles whizzing around the streets.

The owner of KartsUT, Julie Holbrook, says she got the idea last summer when she saw a golf cart driving on the streets of South Jordan.

She says she realized regular golf carts were not street legal so she got to work on finding a vehicle for her rideshare business that would be allowed on the streets.

The one she settled on has a maximum speed of 25MPH, can only drive on roads with a speed limit of 35 MPH, and can seat four including the driver.

The owner of the electric rideshare service says a second vehicle is set to arrive in the coming weeks and will have six seats.

Holbrook says the idea is to help locals and visitors to Daybreak with short trips.

Right now, there are three different ways you can get a ride with KartsUT, all of which are booked through the website.

The Impromptu: A one time ride that costs $5

The Socialite: A subscription plan that costs $25 and is good for getting picked up and dropped off at events in and close to Daybreak.

The Commuter: A subscription plan that costs $55 and is good for a ride to and from the TRAX station for a whole month.