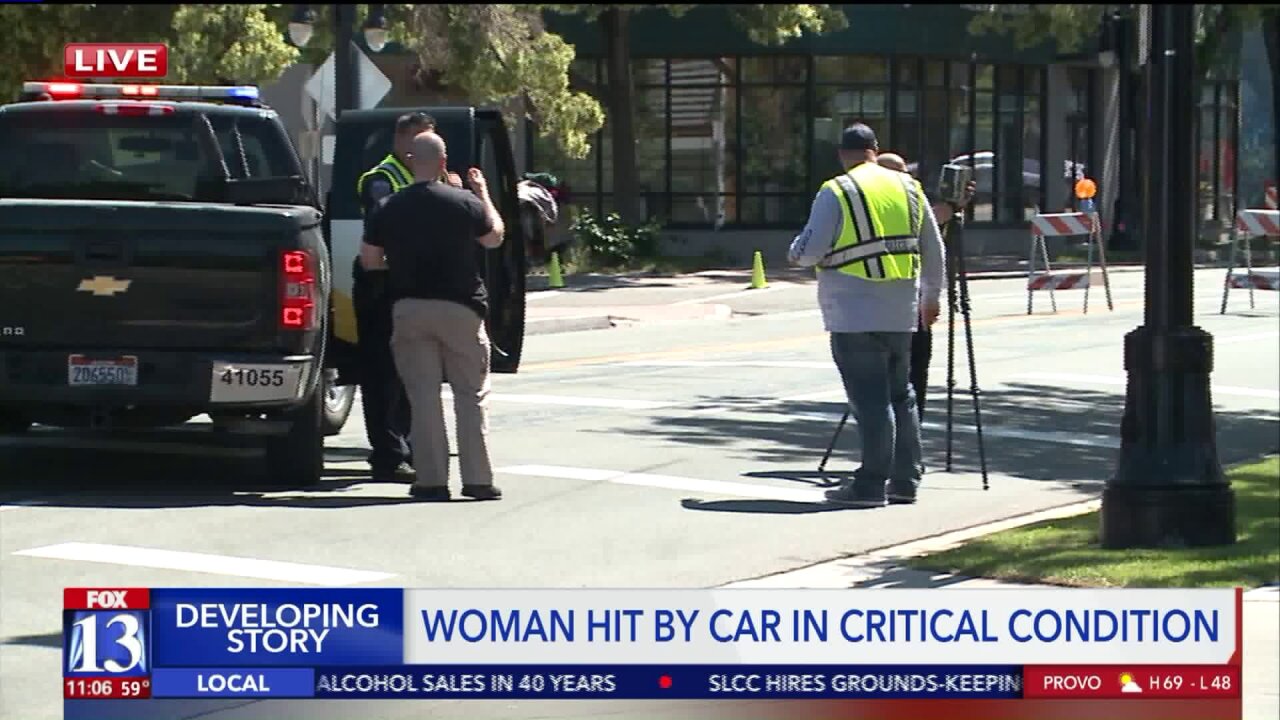 SALT LAKE CITY -- A woman is in critical condition after being hit by a vehicle in Salt Lake City Friday morning.

The crash occurred near 2100 South and 900 East in Salt Lake City, and Fox 13 News first heard report of the crash shortly before 8 a.m.

Det. Michael Ruff, Salt Lake City Police, said the woman was in a crosswalk when she was hit, but no further details about the crash were immediately available.

The woman was taken to a hospital in critical condition.

The driver remained at the scene and is cooperating with police.