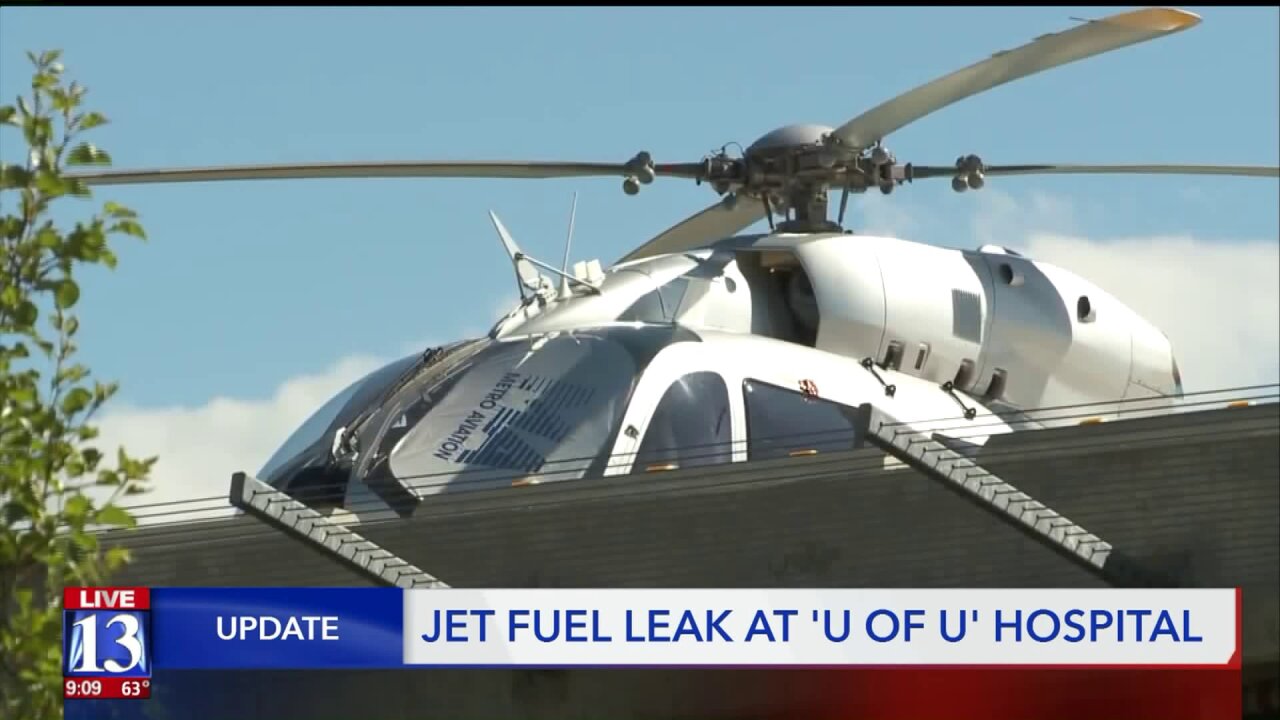 SALT LAKE CITY — First responders do not believe there is a threat to the public after a fuel spill at the University of Utah Hospital sent 25 gallons of ‘Jet A’ fuel into two storm drains Friday afternoon.

A semitrailer hauling a tank of jet fuel — which was being used to refill the hospital's medical helicopter fuel tanks — spilled 25 gallons onto the road behind the hospital, according to Division Chief Ryan Mellor of the Salt Lake City Fire Department.

“As they were uncapping the tank — there’s a dust cap on there — for some reason, when they took the dust cap off, it just started flowing,” Mellor said.

When the fuel started to flow, two men were covered, one completely doused. Mellor said the hospital made it a priority to get the men medical care. They were taken inside for decontamination. Both men are now in ‘Alpha condition’ and are expected to make a full recovery.

When SLCFD hazmat crews responded, they worked to track down the spread.

“If it goes downstream, it can contaminate anything that’s down there,” Mellor said.

The fuel leaked into two storm drains, one of which was believed to connect to the cities water supply.

“The main threat is to the water supply, the water treatment facilities," Mellor said. "We don’t want it to get down in there."

Crews worked quickly to determine where the fuel had spread, and they learned both storm drains connect to a retention pond downhill from the hospital.

“Good news is that ... anything that gets into that storm drain will be stopped right there,” Mellor said.

The hospital has arranged for a company to come and dispose of the fuel, there is no threat to the public.