Man who killed wife with crowbar sentenced to life in prison 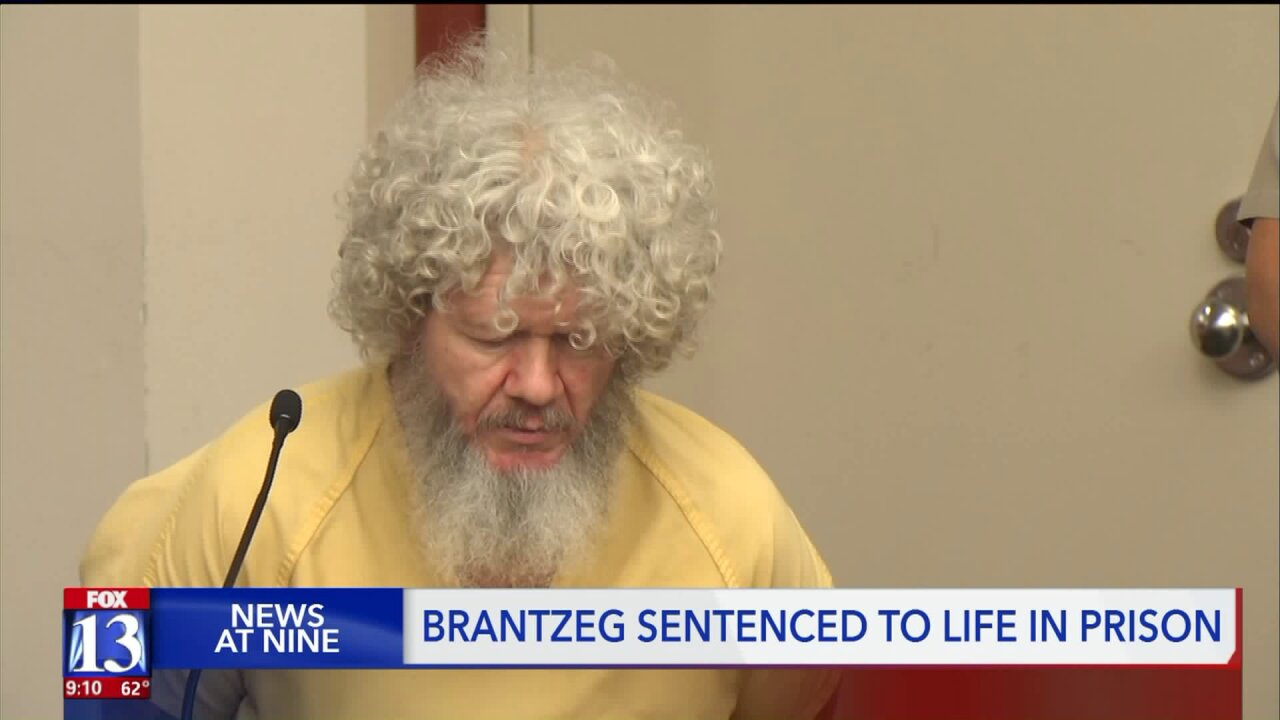 SALT LAKE CITY — A man who admitted to beating his wife to death with a crowbar and nearly killing their teenaged daughter will spend the rest of his life in prison.

Valerie and Walter were separated and in a custody battle for their daughter.

The girl, who is now 14-years-old survived the attack.

Wearing a faded, yellow prison jumpsuit and with his ankles shackled, Brantzeg sat in the courtroom with his head down as family members of the victims shared how they have been impacted by the violence.

A family spokesperson read a statement written by the daughter who Brantzeg admitted he tried to kill.

“I was the one who wanted to stay with mom. It was my choice, not hers. So, you should have taken my life, not my mom’s,” the spokesperson read. “You took my life and breath which was my mom. I hate the things you did to me. I wish you had never done the things you did to me when you had a life. Do you remember the time you said you were trying to be a good father? You actually sucked, really bad. You were the worst.”

Before the sentence was delivered, Brantzeg offered an apology to the victims and their loved ones.

“I will not go a day in my life without thinking about it. I love my kids,” he said. “I was selfish. I didn’t care. I was hurtful. I did things that were just inhuman.”

Judge Adam Mow sentenced Brantzeg to life in prison without the possibility of parole for Valerie’s murder and 15 years-to-life for the attempted murder of their daughter. Brantzeg also received five years-to-life for aggravated burglary. The sentences are to run consecutively.

Outside the courtroom, members of Valerie’s family embraced. They showed signs of relief, but the verdict was far from a victory.

“What he is getting is too good for him,” said Sharon Grant, Valerie’s sister. “But, it is a finish, a closure.”

Facing the man who killed Valerie, reopened every painful wound.

“That was overwhelming,” said Jeanne Long, another sister of Valerie. “I have had nightmares over this. Last night I saw him going in with a crowbar to her apartment.”

Family members say the girl who survived the attack is healing and is expected to make a full recovery.

“She’s loving, she’s kind and everything that he is not,” said Shawn Stoddard, Valerie’s cousin.

Family members hope to rebuild their lives and heal.

This verdict helps them take a step closer to that outcome, but they know the journey to find peace is only beginning.

“Right now, I am just broken. He broke me. He broke my family,” Grant said.

“We are going to get through this, but it’s going to be hard,” Long added.