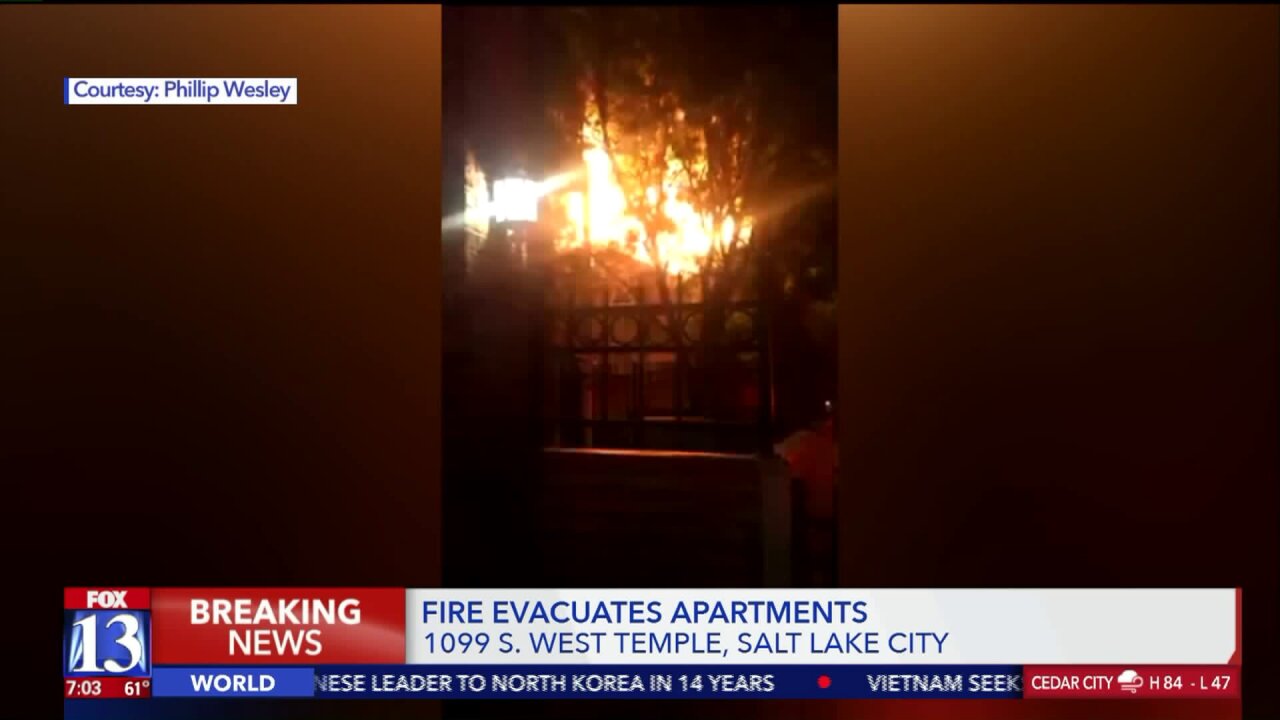 The fire began shortly before 4 a.m. and forced evacuations at the Jefferson School Apartments at 1009 South West Temple in Salt Lake City.

Crews responded and extinguished the flames, and associated road closures on West Temple have since been lifted.

Two firefighters on a second floor unit suffered minor injuries from debris that fell from the third floor.

Six of the 12 units in the building sustained significant damage while the other six had lesser damage. Fifteen residents are displaced.

The cause of the fire and the extent of the damage have not yet been determined.