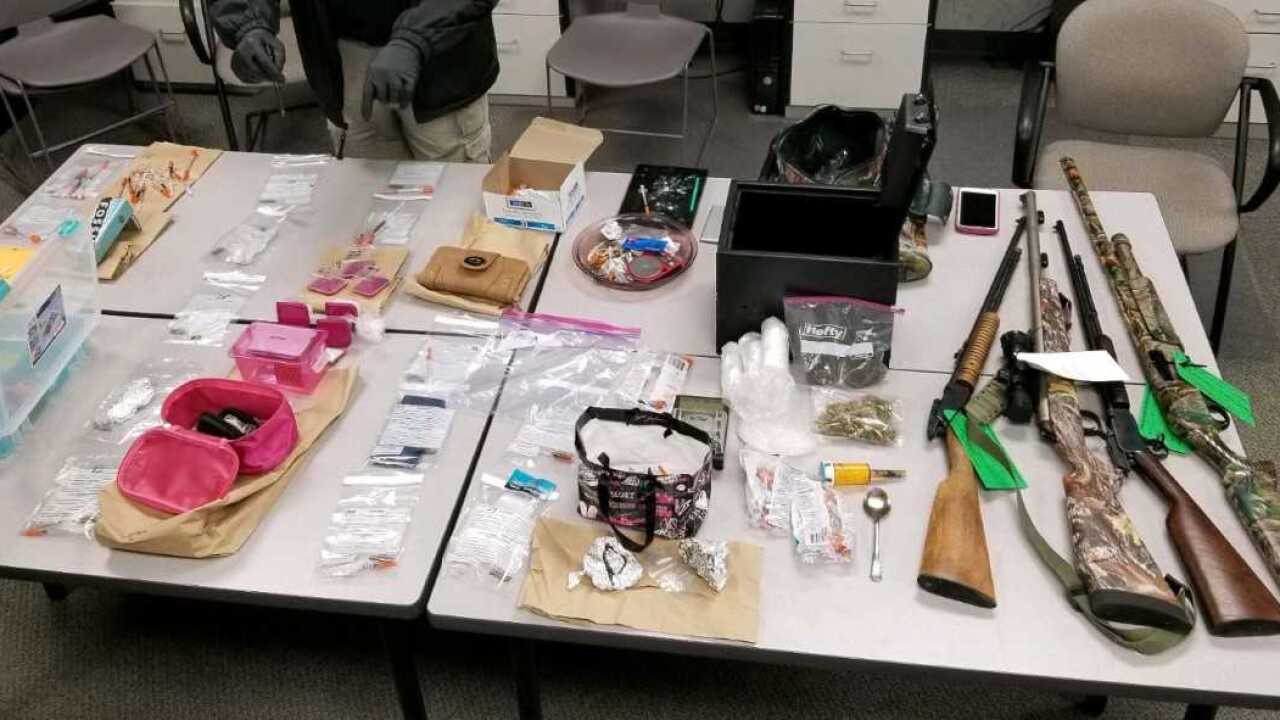 ELMO, Utah — Four people have been arrested in connection with a drug bust in the Emery County town of Elmo.

Officers noticed drug paraphernalia in the residence and heard noises coming from a back room.

After obtaining a search warrant and requesting assistance from the Emery County Sheriff’s Office, agents searched the house.

Three individuals were discovered hiding in the back room.

The search turned up substantial amounts of methamphetamine and heroin as well as small amounts of cocaine and marijuana.

Arrested along with the 29-year-old Huffman were Frank Burgess, 41, Brandy Burgess, 38, and Travis Heaton, age 50.

Each faces multiple charges including possession with intent to distribute drugs and possession of a firearm by a restricted person.

“This is a big bust for our area,” Emery County Sheriff Greg Funk said.

He encouraged residents to report any suspicious activities they see in their neighborhoods.