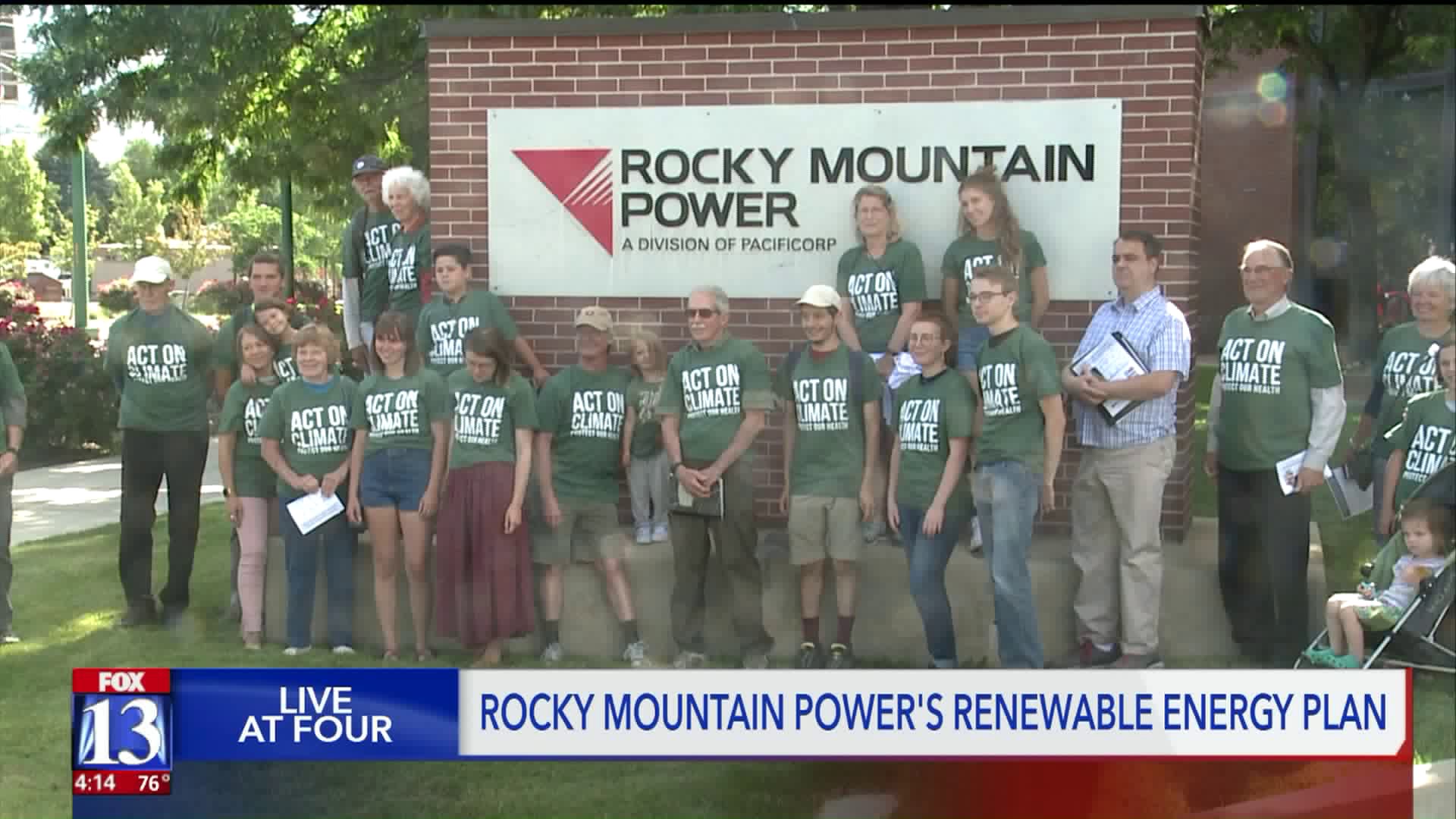 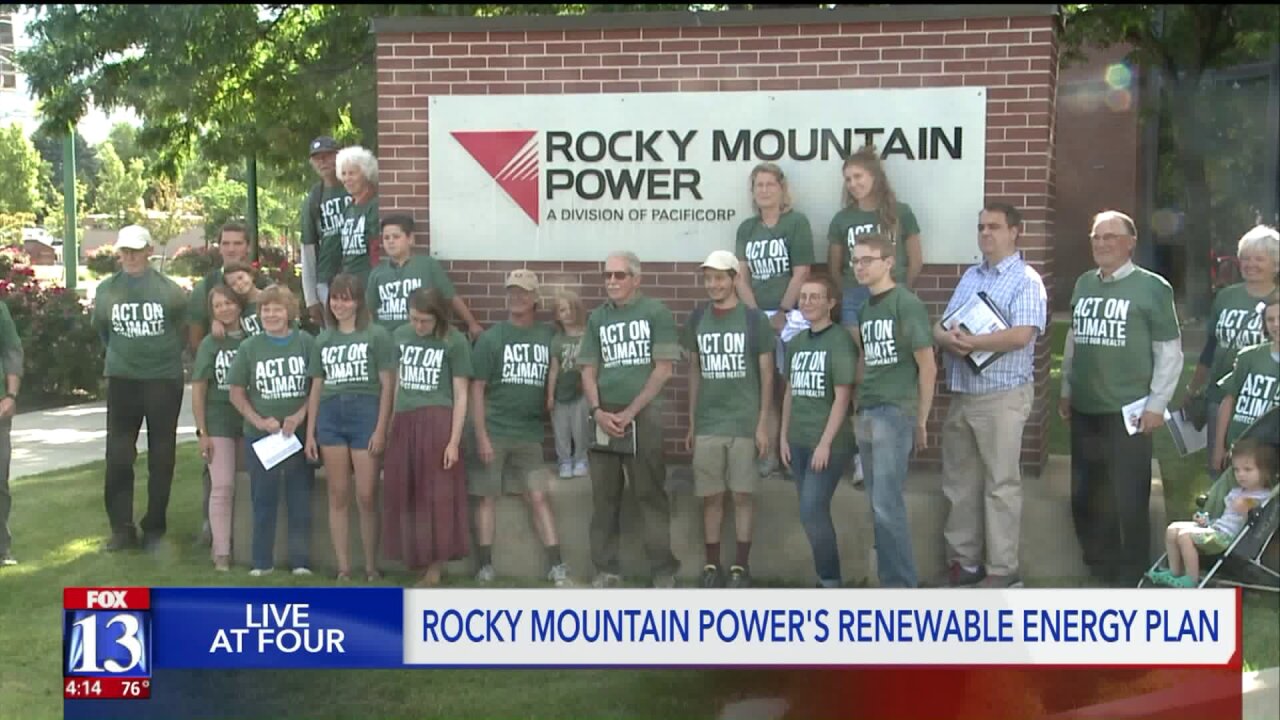 SALT LAKE CITY — Rocky Mountain Power held a meeting Thursday to discuss how it will generate power in the future.

A group of people from the Sierra Club showed up to the meeting to voice their concerns over Rocky Mountain Power’s use of coal plants.

This Thursday and Friday, Rocky Mountain Power is meeting with its commission to present a preliminary integrated resource plan to talk about the types of power generation they will use in the future, including coal, solar and wind power.

“We’re really trying to accommodate everybody, we’re all a part of the same community, we all have the same goals, we breathe the same air, we live on the same streets, we want to be safe we want our kids to be able to have the future they want with clean power,” said Rocky Mountain Power spokesperson Spence Hall.

The group of people at the meeting Thursday is calling for Rocky Mountain Power to retire its coal plants, saying the company is wasting money and they don’t have a plan for the future of energy.

“Our goal here today is to really ask Rocky Mountain Power to do right by its customers, to retire these expensive coal plants, to stop delaying, to make a plan and plan ahead,” said Christopher Thomas, Senior Campaign Representative for the Sierra Club Beyond Coal Campaign.

Hall says they are moving away from coal plants and Rocky Mountain Power has recently invested more than three billion dollars into wind technology. Today’s meeting is part of the process.

“There have been economic studies that show it’s in the best economic interest of our customers to start moving away from coal and moving towards a renewable profile and that’s what we’re doing,” said Hall.

The Sierra Club said at an April meeting, Rocky Mountain Power updated its economic analysis for its coal fleet showing customers could save millions of dollars through early coal plant retirements, retiring nine units would save $12 million. But the Sierra Club said in May the company backtracked on their findings from the previous month.

“Well I think we’ve actually seen that our plants are winning awards for the efficiency and the way they’re doing things,” said Hall.

“The longer we wait, hundreds of millions of dollars are wasted on these expensive coal plants that we could be using to both lower customer bills ultimately and also like I said maybe investing some of that money into these coal-dependent communities,” said Thomas.

Hall says Rocky Mountain Power has plans in the works to move towards using even more renewable energies in the future but it takes times to make the transition.

The final integrated resource plan is due in August.