‘No Crime in Sin,’ which documents a Utah family’s struggle with sex abuse, premiers Thursday 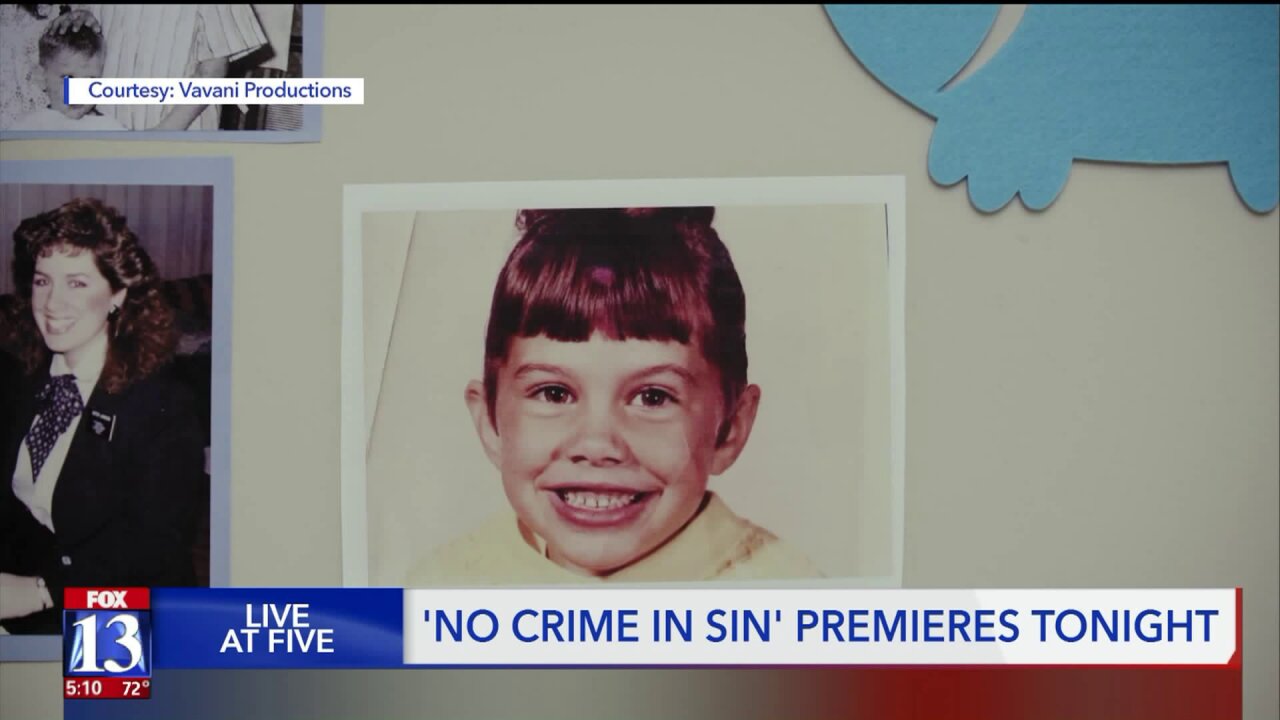 SALT LAKE CITY -- A documentary discussing a family's experience with child sex abuse and the alleged cover-up by local leaders of the Church of Jesus Christ of Latter-day Saints premiers Thursday night in Salt Lake City.

Kristy Johnson said her father, Melvin Johnson, started abusing her when she was six.

“This is how old I was when he first started molesting me in Ogden," Johnson says in the "No Crime in Sin" documentary. "That's my kindergarten picture."

Johnson said her father held several prominent positions within the LDS Church, serving as a seminary teacher and a BYU professor, all while abusing her and her younger sisters.

When they told their mother, she went to church leaders.

“She went to the bishop and reported it and the bishop specifically told her not to report it to the police department," Johnson said.

The women say the abuse continued when the family moved to Orange County, California.

“We went to the Westminster Police Department in 1986 and each one of us made a separate police report,” Johnson said.

Johnson said the police never followed up and her mother covered for her father.

“Bottom line is my mother made a choice to choose the church and my dad over us kids,” Johnson said.

However, on her death bed, three days before she passed, Johnson says her mother started revealing new details, leading the kids on a path to find answers.

In this 40-minute documentary, they confront their father at his Lehi home on camera. The director of "No Crime in Sin," Amanda Stoddard, said the interaction was life-changing.

“We were dumbfounded at how the day unfolded,” Stoddard said.

Johnson said the intent of the interaction was not only closure but accountability.

“Hopefully this will wake up the Mormon Church leadership and let them know, 'look, you`re not above the law. No religion is above the law,'” Johnson said.

“The Mormon church is still saying 'no we don`t have a problem' and that is not true,” Stoddard said.

Fox13 reached out to the LDS Church about Thursday’s premiere, but a spokesperson said the church has no comment on the film.

The screening of "No Crime in Sin" starts Thursday at 7 p.m. at the Rose Wagner Theater. Tickets cost $8.

Right now, Stoddard says they’re focusing on community-based screenings. If you want "No Crime in Sin" to come to your town, contact the production company here.

Following those screenings, Vavani Productions will focus on digital distribution.