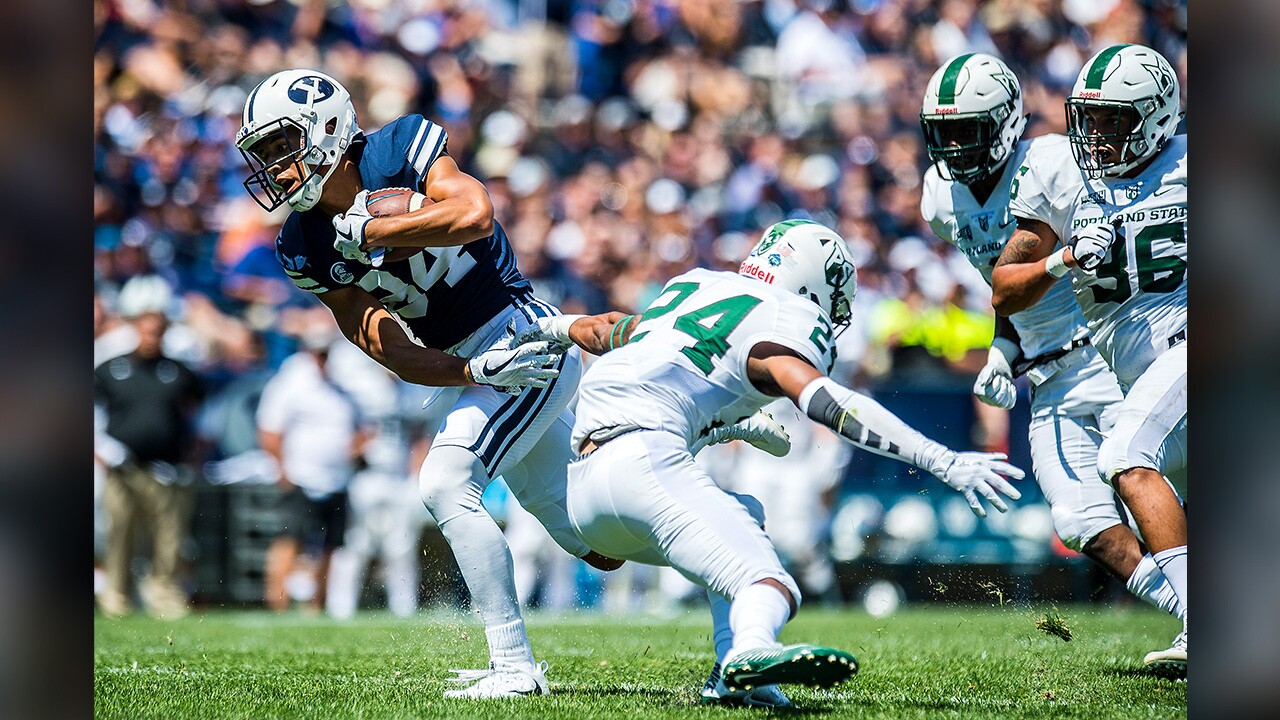 PROVO, Utah — A BYU football wide receiver is accused of driving under the influence, according to court documents.

Junior Neil Pau’u pleaded not guilty Wednesday to one DUI count and one count of interference with a traffic control device from June 8.

According to a police report obtained by the Salt Lake Tribune, Pau’u ran over “the candle sticks and yellow tape that were used to close the road for road repair” and submitted to a chemical breath test after the officer “could smell a strong odor of an alcoholic beverage coming from inside the vehicle.”

BYU football spokesman Brett Pyne said in a statement sent to FOX 13, “We are aware of the situation and looking into it.”

The 6-foot-4, 223-pound receiver from Santa Ana, California, had 18 receptions for 216 yards and one touchdown last season for the Cougars.

More information about the arrest can be found here.