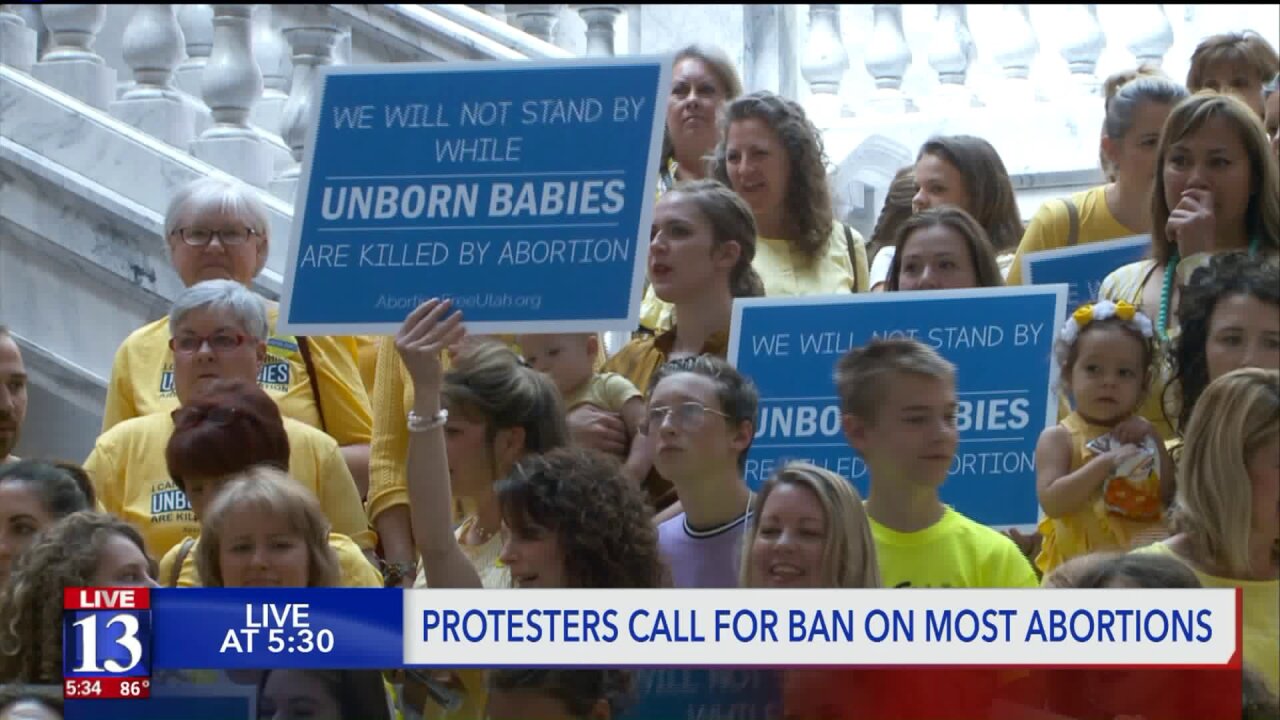 SALT LAKE CITY -- State Sen. Dan McCay, R-Riverton, announced at a rally on Wednesday he will sponsor a bill banning almost all abortions in Utah.

The bill planned for the 2020 general legislative session might have a triggering mechanism so that it would go into effect if the Supreme Court allows a similar law in another state.

“The idea that we are still involved in this barbaric practice to me is shocking,” McCay said.

The bill would ban all “elective” abortions in Utah.

According to “Abortion Free Utah,” the group that organized the Wednesday rally at the State Capitol, elective abortions include all abortions except those necessary to save the life of the mother.

The group’s chair, Merrilee Boyack, said they plan to support anti-abortion laws while at the same time trying to put Planned Parenthood of Utah out of business.

“We are inviting Planned Parenthood of Utah to leave the state of Utah,” Boyack said.

"At Planned Parenthood, we believe every person deserves the right to live their best life and plan their families how they choose. We believe access to affordable health care and comprehensive sex education allows people to create healthy families. We believe that politicians have no place in health care decisions, and that access to safe, legal abortion should be protected."

McCay’s plans for a triggering mechanism would save Utah from a court battle, which will likely be fought by Alabama, a state that has already passed a similarly restrictive bill.