Trooper involved in crash while responding to elementary school break-in; 7 juveniles in custody 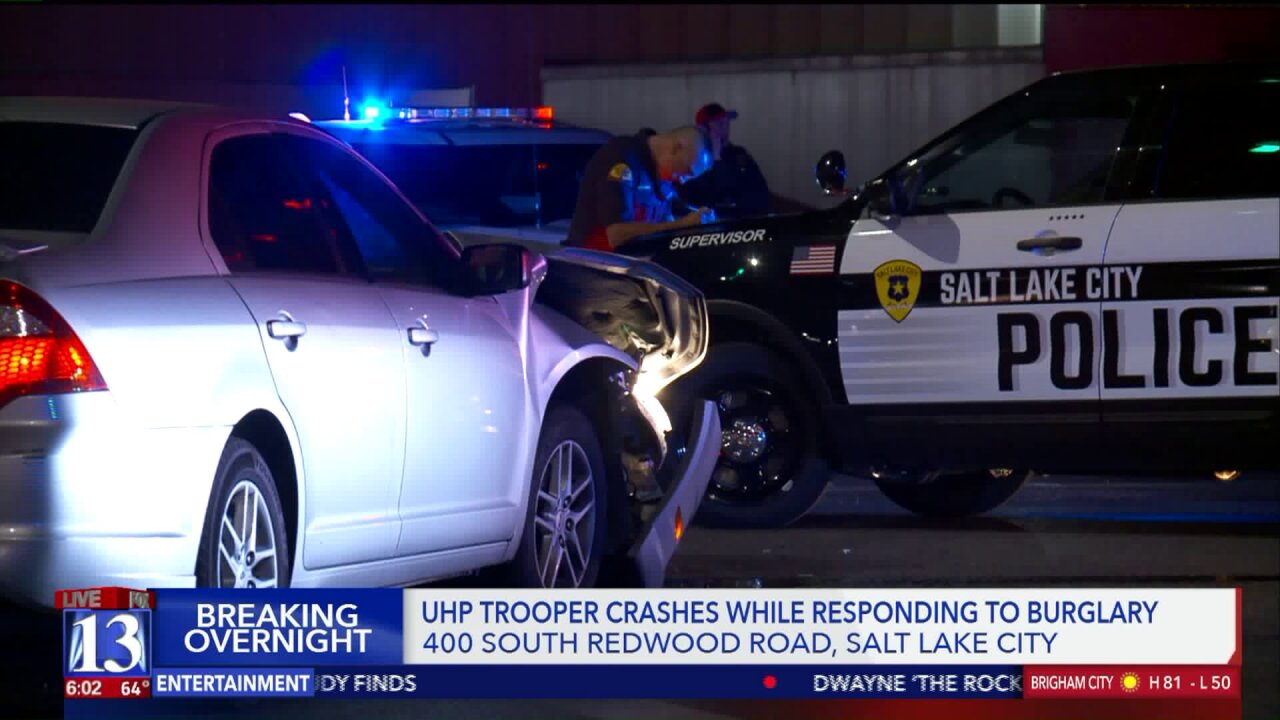 SALT LAKE CITY -- Seven juveniles may face charges for a break-in at an elementary school, and a trooper was involved in a crash while responding to that call.

Things began shortly after 11 p.m. Tuesday when police got a call from someone who spotted several people on the roof of Edison Elementary School, 466 South Cheyenne Street.

Police arrived to find a broken skylight, and several juveniles ran from the scene. Lt. Dave Cracroft, Salt Lake City Police, said they dropped items they had stolen from inside the school while fleeing.

Officers searched the area and found several of the suspected burglars. The rest they apprehended with some help from a parent.

"We had a parent walk over to the scene and asked what had gone on and said that two of his children were involved and went home and brought them back to the scene for us," Cracroft said.

The juveniles could face charges for burglary, fleeing, property damage and theft.

A Utah Highway Patrol trooper responding to the scene ran a red light at 400 South and Redwood Road and collided with a woman driving southbound. She was taken to a hospital with minor injuries.

The trooper was unhurt.

The crash, including whether or not the patrol vehicle had lights and sirens activated, is under investigation.