Seniors left without hot water for nearly a week 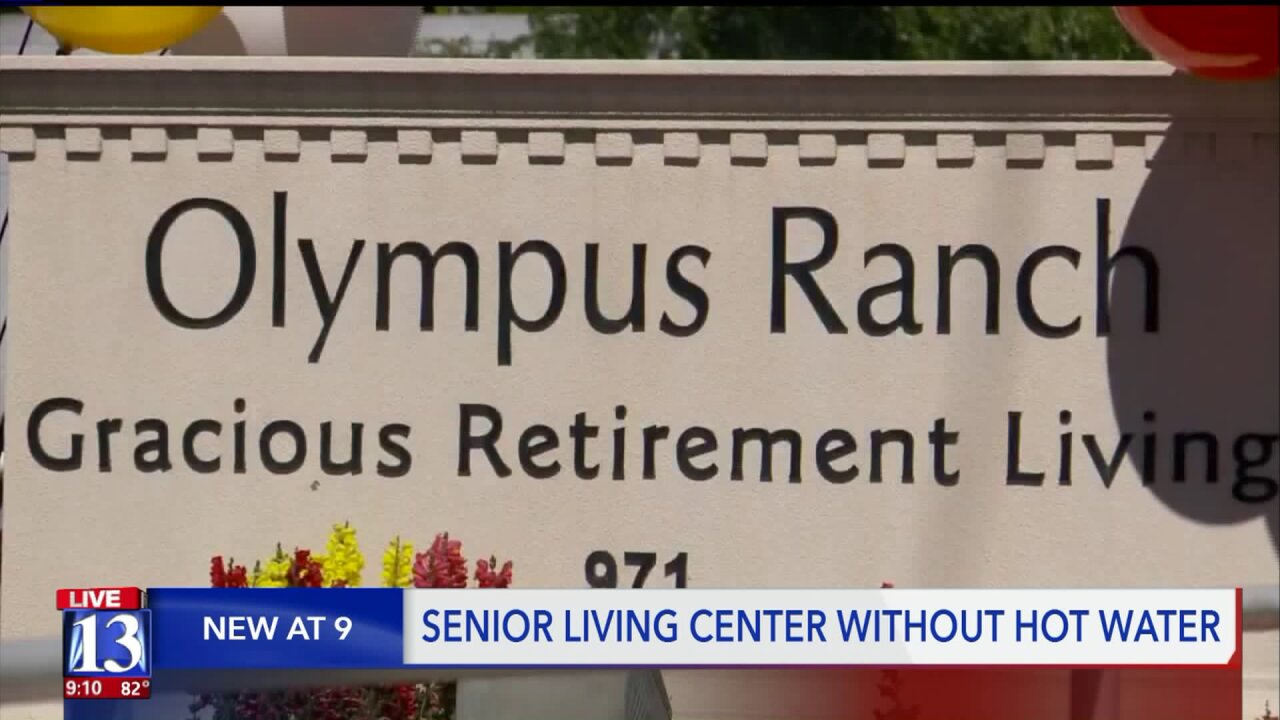 MURRAY, Utah — A senior living community in Murray has been without hot water for at least six days.

“We just kept being told it will be on tomorrow, it will on tomorrow.  Then every day that goes by, it’s a week and a day and it’s still not on,” said the relative of a resident speaking to Fox 13 News on the condition of anonymity.

Olympus Ranch is at 971 East 5600 South in Murray.  The company that manages the property is called Holiday Retirement.  In a letter to Fox 13 News, the company says they started having problems with the boilers on Thursday.  Residents claim the hot water went out on Tuesday.

“When the community was unable to reach the plumber on Saturday, they reached out to a second plumber to expedite repairs.”

The Salt Lake County Health Department reports it received two complaints on Monday.  Two inspectors were sent, one reviewing food services compliance and the other housing.  The food service inspection indicated the dishwasher was heating sufficiently to sanitize dishes, but noted a need for a temporary hand washing station.  The housing inspection notes indicate repairs are underway.

“It’s just concerning how these older people are, you know, keeping clean in their room,” said the relative of a resident.

The health department has been told the hot water should be back on by Thursday.

“We began having trouble with the boilers at our Olympus Ranch community this past Thursday, June 13th, that led to the loss of hot water. The community immediately called a plumber, who arrived on site the same day. The plumber committed to return the following day to complete the repairs. When the community was unable to reach the plumber on Saturday, they reached out to second plumber to expedite the repairs.

The second plumber arrived on Saturday and informed us the boilers would need to be replaced; however, they could not complete the work right away. We then called the first plumber who was able to complete some of the work on Sunday, Monday and Tuesday. The second plumber then resumed work on Wednesday and is currently on site at the community completing the work.

The safety and well-being of our residents is our top priority. We were assured by contacts at the Health Department on two separate occasions during this process that the community was completely safe for our residents. We have communicated this message to our residents throughout this process, and are doing everything possible to remedy the situation as soon possible.”