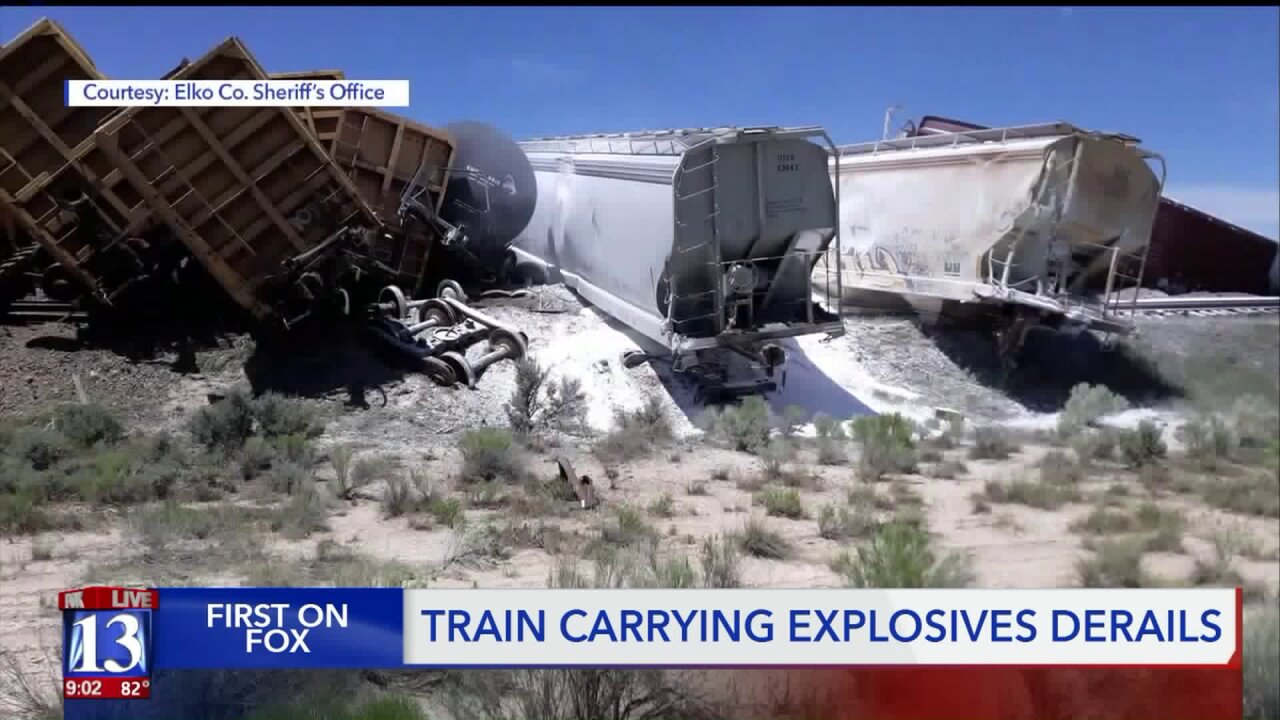 ELKO, Nev. — More than a dozen cars of a Union Pacific train derailed east of the town of Wells, Nevada, Wednesday morning.

The accident caused a section of Interstate 80 to close for several hours because of the volatile nature of some of the train’s cargo.

According to Elko County Sheriff Aitor Narvaiza, some cars of the train were carrying military grade munitions and chemicals.

“According to the manifest, there was ammunition, grenades, explosives,” Narvaiza said.  “We were pretty lucky to dodge a bullet today.”

After members of the Elko County SWAT team investigated the explosives, it was determined they were not in the cars that derailed.

“If that stuff would have breached, we would have had explosives on the ground,” Narvaiza said.  “If any of those tankers

would have ruptured, it would have been pretty ugly for anybody on the ground and in the city of Wells.”

Narvaiza said officials with the U.S. Department of Defense arrived on scene to oversee the transport of the items that did not derail to a secure location.

The sheriff said aluminum oxide powder leaked from some of the cars, but it is a non-hazardous skin irritant that can be washed off.

Investigators with Union Pacific are working to determine the cause of the accident.

Sheriff Narvaiza was informed the NTSB will not be on site to investigate.

It is unclear when the wreckage will be cleared and the tracks repaired.

Spokesperson with @UnionPacific tells me the train was headed from North Platte, NE to Roseville, CA. They are working to clear the accident as soon as possible to get the tracks open again. They have not heard from the NTSB. Still no word on what caused this to happen. @fox13

Video posted by Michael Lyday on Twitter shows the aftermath of the derailment.

Wells is a small town located between Elko and the Nevada-Utah border.