Almost $5,000 worth of guns stolen from Roy storage unit 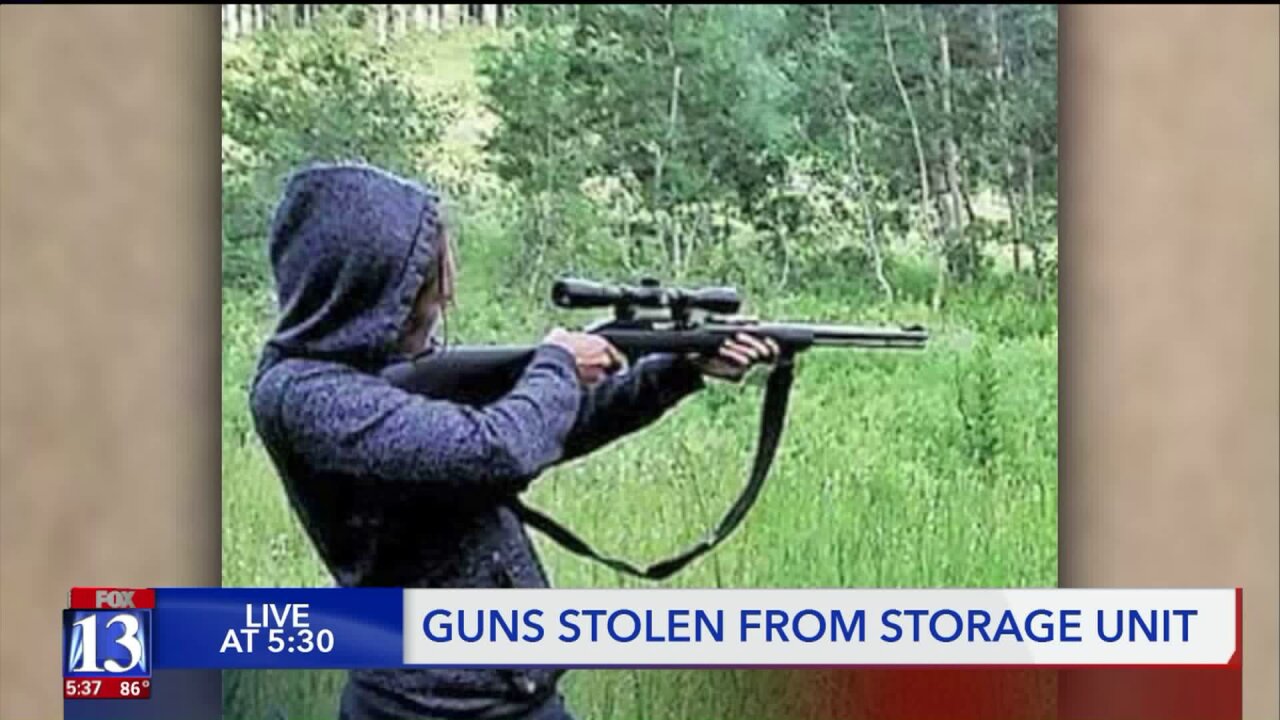 ROY, Utah — More than half a dozen guns are likely in the wrong hands tonight after they were stolen from a storage unit in Roy.

While their home is being built, Cody Darling and his wife are renting a storage unit in West Roy.

“I went to drop my other stuff off and I noticed all my guns that were lined up right here were just gone,” Darling said.

Seven firearms were found stolen Monday, just days after they were stored. The weapons include shotguns, rifles and pellet guns. A snowboard was also taken, according to Darling.

“I could care less about anything else,” Darling said. “It’s the guns I get from my family. I use them for hunting and that, too, you know? It’s something that means more to me than half the crap that’s in here.”

It’s not uncommon for guns to disappear from storage units, according to Roy City Police Sgt. Matthew Gwynn.

Even though storage units might appear secure, Gwynn they are a prime target for criminals.

“The danger is that you don’t know what the intent is of the person who stole it,” Gwynn said.

Darling only had the serial numbers of two weapons, which police said is common for missing firearms. Officers can’t record the guns as stolen in their national database without them.

Darling said he’s concerned a crime will be committed with his guns. He plans to find a new place to store his things.

Police say it is best to store firearms in a locked safe, whether that’s in a home or a storage unit.