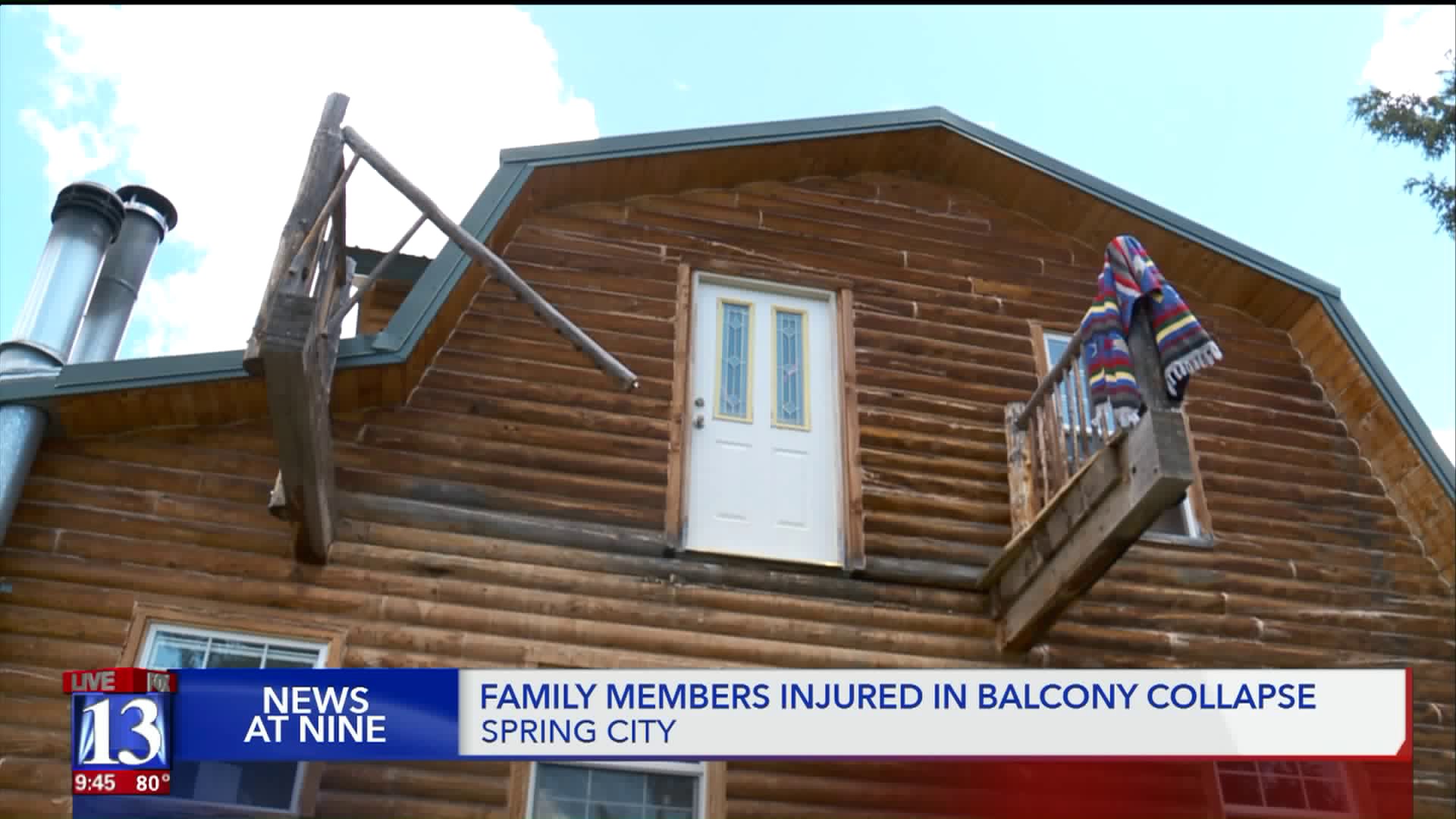 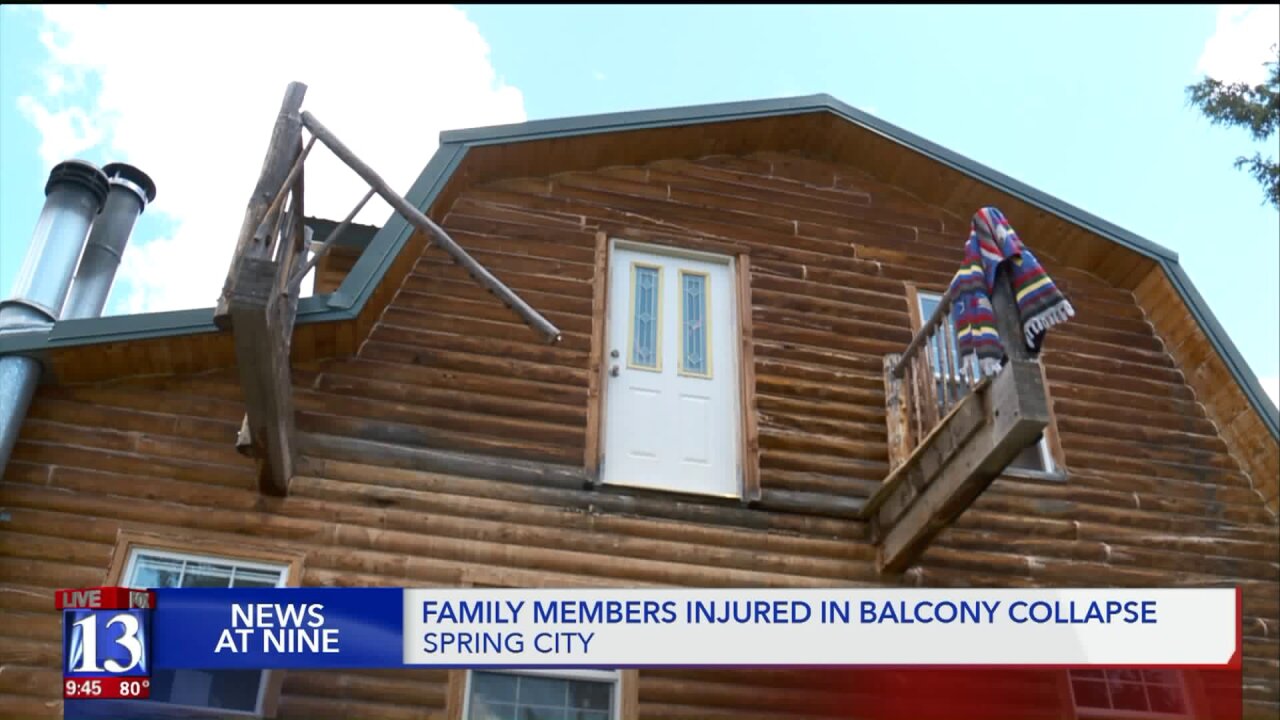 SPRING CITY, Utah — Seven injured family members in Spring City are now out of the hospital, still recovering after their balcony collapsed on Father's Day.

Adam Burningham, his wife, and five of their nine children fell about 20 feet from the second floor of their cabin. They were watching the sunset when the deck collapsed.

"It was a low throbbing horror," Burningham described. "It’s like you’re suddenly on a rollercoaster, and you don’t know how to stop."

Their youngest child, who is five years old, walked inside just before the collapse. The rest had painful injuries, but everyone survived.

"It was a hysterical call," said Clarke Christensen, the police and fire chief in Spring City. "Very lucky that we didn’t lose one of them. It was pretty catastrophic... It was actually a mass casualty event, even though it was a single family."

Christensen said the cause of the collapse had to do with poor construction, and the department is still trying to locate the carpenter who incorrectly assembled the deck about 20 years ago.

"If it had been done to code, the accident would not have happened," Christensen said. "Back 20 years ago, the way people followed codes, he probably did what he thought was right... I'm glad they all lived."

"Bad workmanship," Burningham agreed. "In this case, it was a job not well done, and it could have been a lot worse. I’m glad it turned out as it did."

So far, Spring City has not released the name of the carpenter who installed the balcony. Police will likely not pursue criminal charges, Christensen said.

The Burningham family is now trying to figure out how to recover, without worrying about the pile of medical bills they are about to face.

Friends of the family have created a GoFundMe page to help pay medical bills. The Das Cafe in Spring City is also planning various fundraisers.

"If you can send us a bit of love, some good vibes, and a prayer, that’s better than nothing," Burningham said.