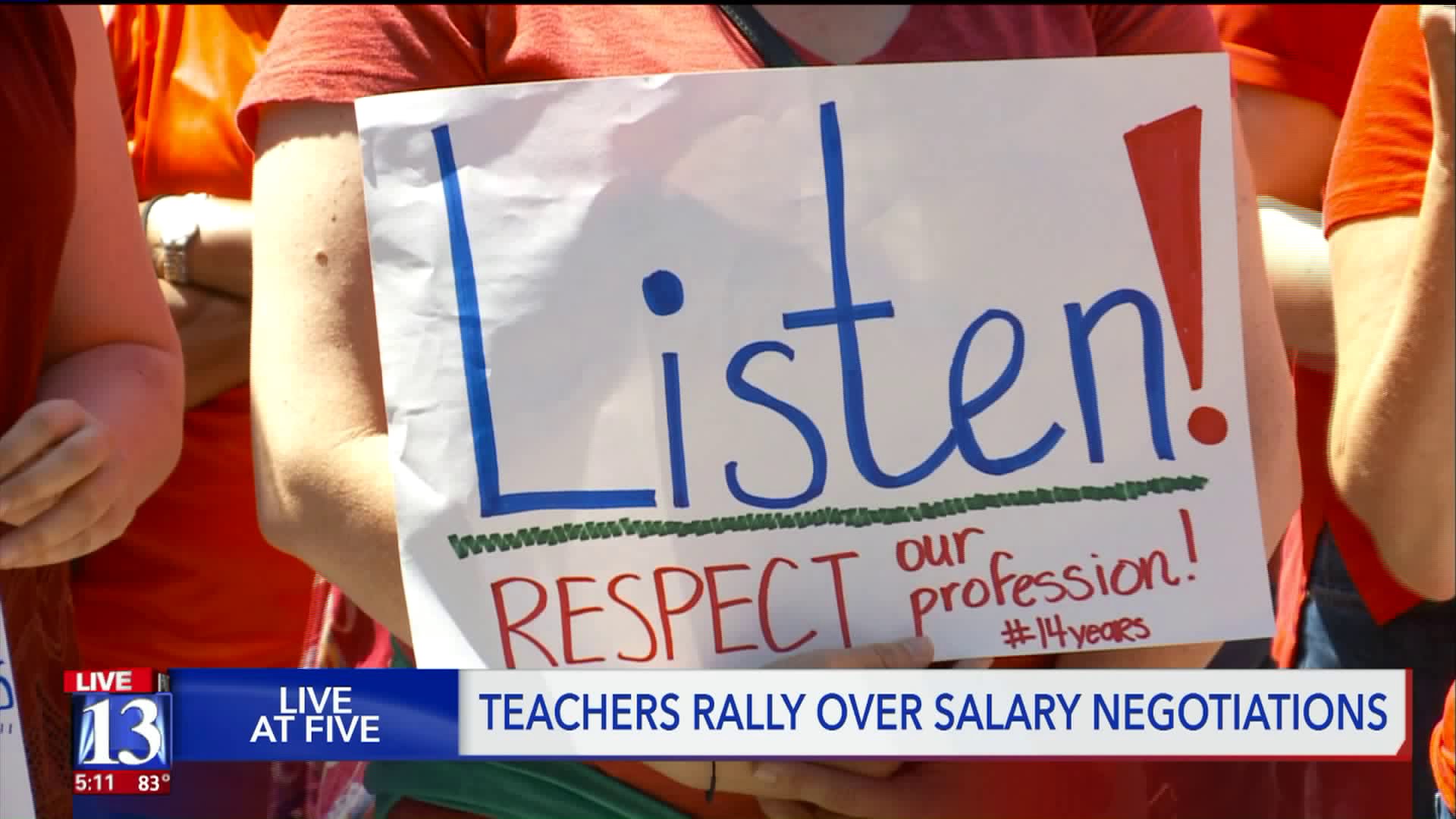 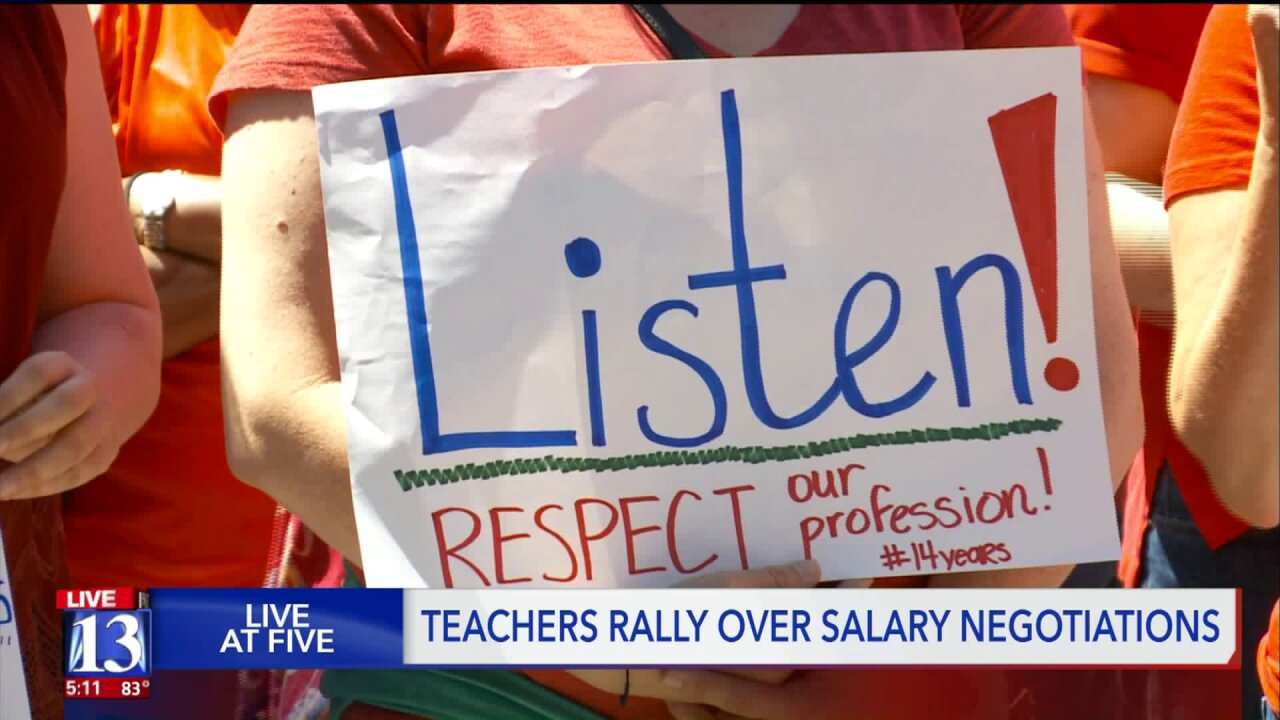 Acknowledging she was out of her comfort zone, Bonneville Elementary 3rd-grade teacher Elise Maxwell addressed the crowd, saying she’d had enough.

Wearing red and armed with signs, these teachers expressed their frustration outside a school board meeting at Innovations High School.

James Tobler is a teacher at Highland High School and a leader with the Salt Lake Education Association, a teachers' union.

Despite added responsibilities, these teachers say their salaries are not increasing enough to account for the cost of living increases.

Entry level educators make $45,000 right now. During a negotiation meeting, the Salt Lake City School Board proposed moving starting pay to $50,100 — the highest in the county — but the opportunities for raises would be small.

“It’s great to start, but for lifetime earnings, after about 7-8 years, teachers start losing money little by little,” Tobler said.

District spokesperson Yandary Chatwin recognizes the passion of these educators.

“It’s really great to see the energy, to see the passion that our teachers have. We know that's why they're teachers — because they have this passion for students,” Chatwin said.

However, Chatwin also acknowledged the challenges.

“The tricky part is to balance the needs in our district and making sure that were compensating employees fairly,” Chatwin said.

The next step is meeting with a federal mediator in mid-July who will sit down with the district and representatives from the union. The hope is they will hammer out of a negotiation that both sides are happy with.