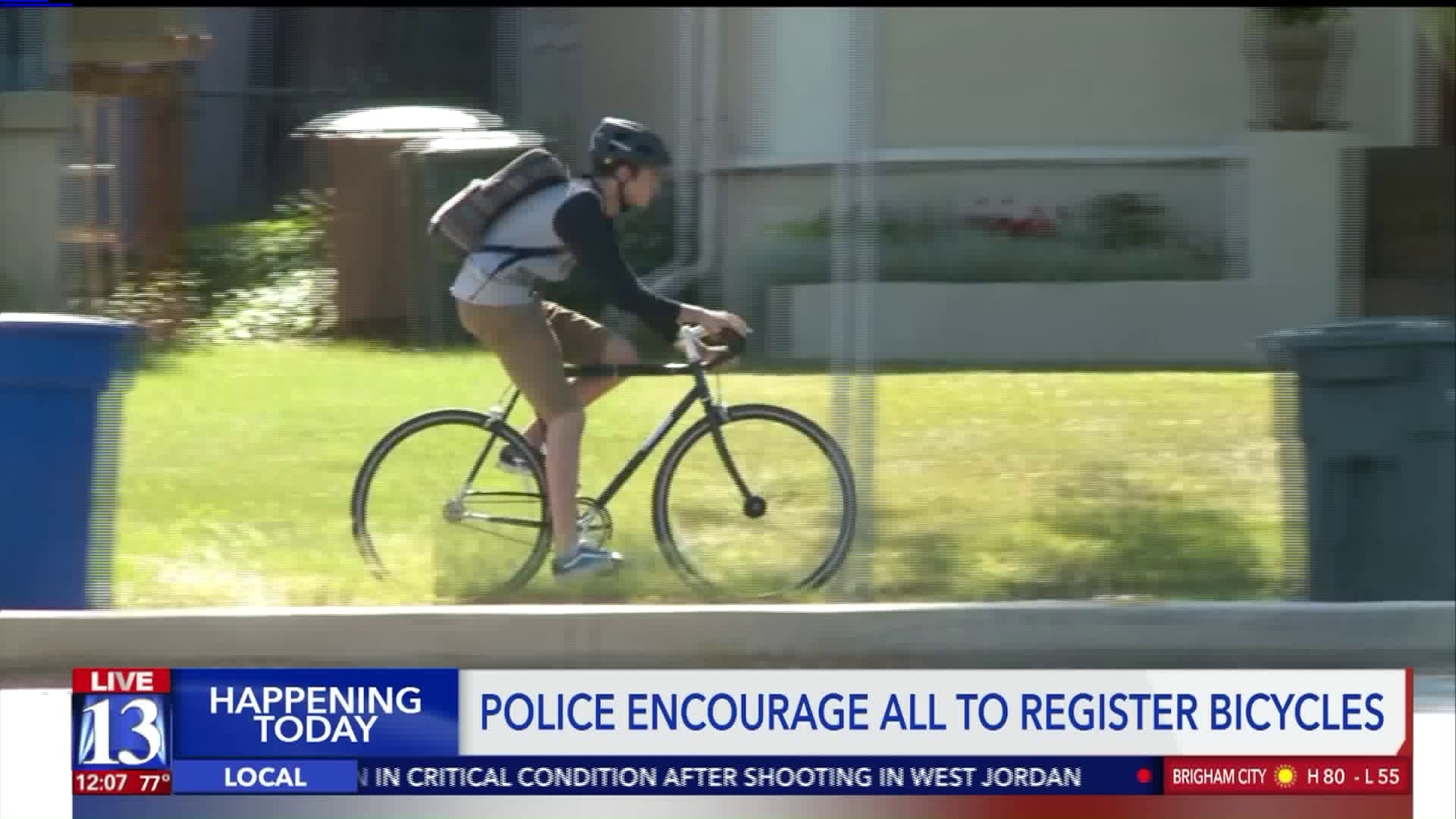 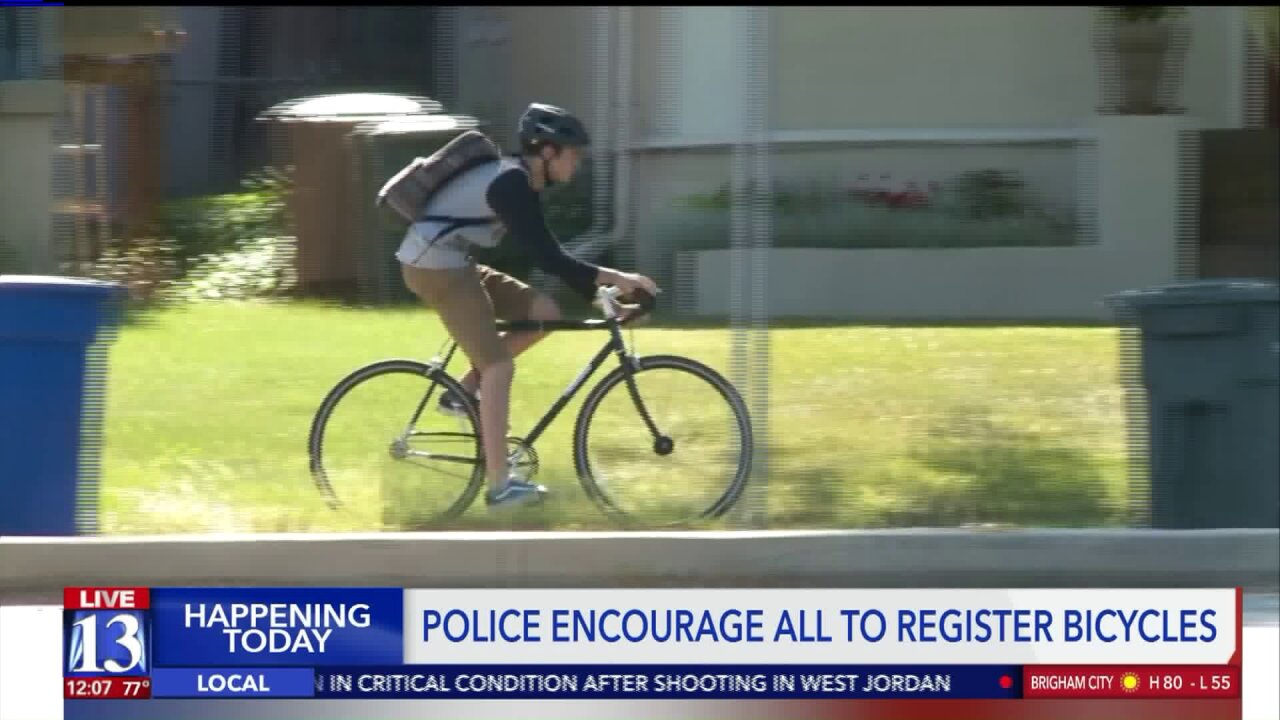 SALT LAKE CITY -- On Tuesday, officers with the Salt Lake City Police Department were all over the city enforcing, "Operation: No Bike Left Behind."

In 2018 more than 1,000 bikes were reported stolen or found abandoned in Salt Lake City.

One of the stolen bikes belonged to James Hebbe.

“It was chained up in my back porch to the bricks in the wall and they just pulled it out of the bricks,” Hebbe said.

Police say once a stolen bike is found, they'd like to return it to its owner, but the only way to do that is to have the serial number registered in the police system.

Currently Salt Lake City police say they have 236 bikes in evidence that can’t be returned because they aren’t registered.

“Eventually they’re donated to people who need bicycles for transportation and such, but we’d rather return them to their owners,” Sgt. Shearer said.

If you would like to register your bike for free, go here.