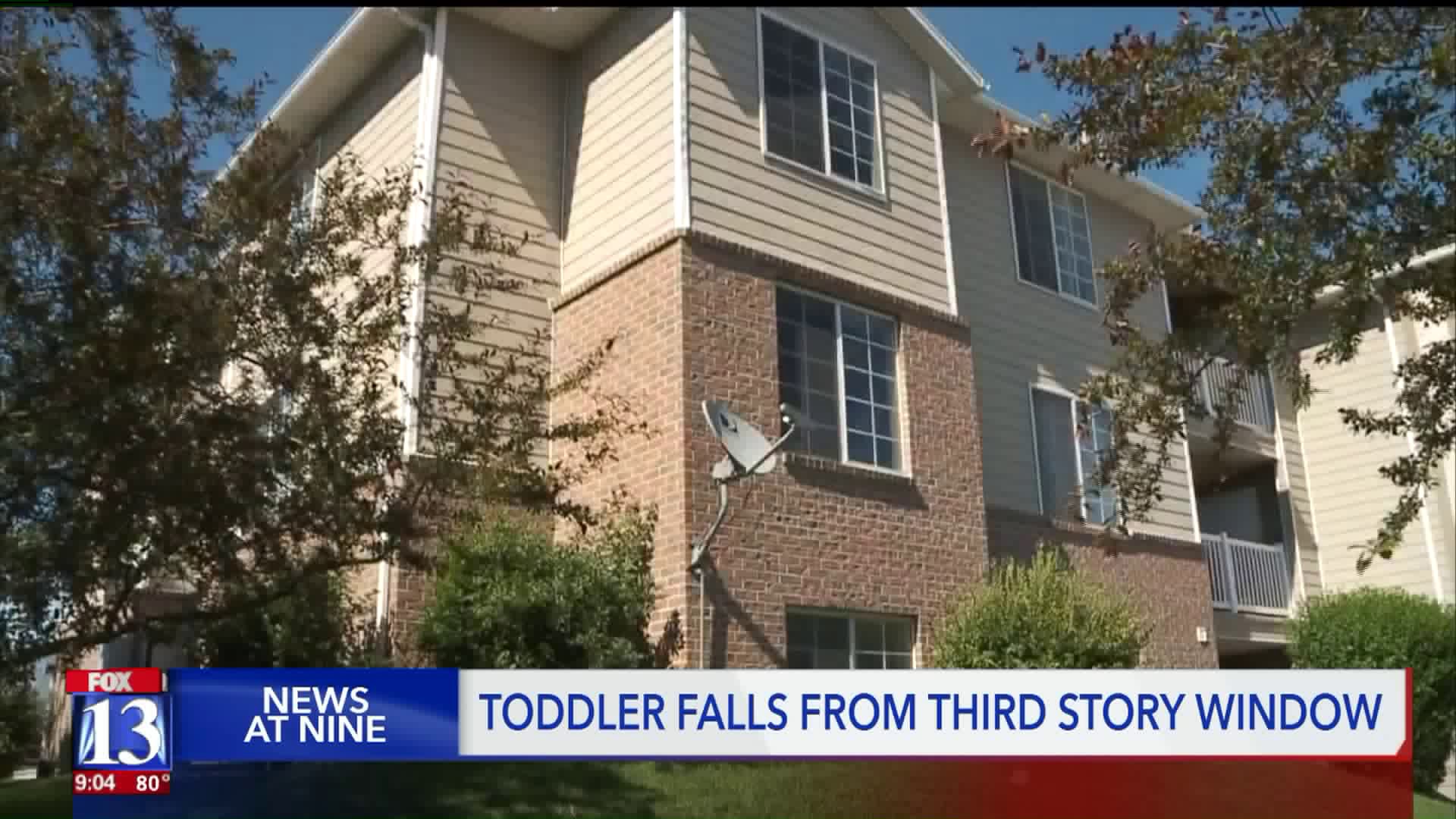 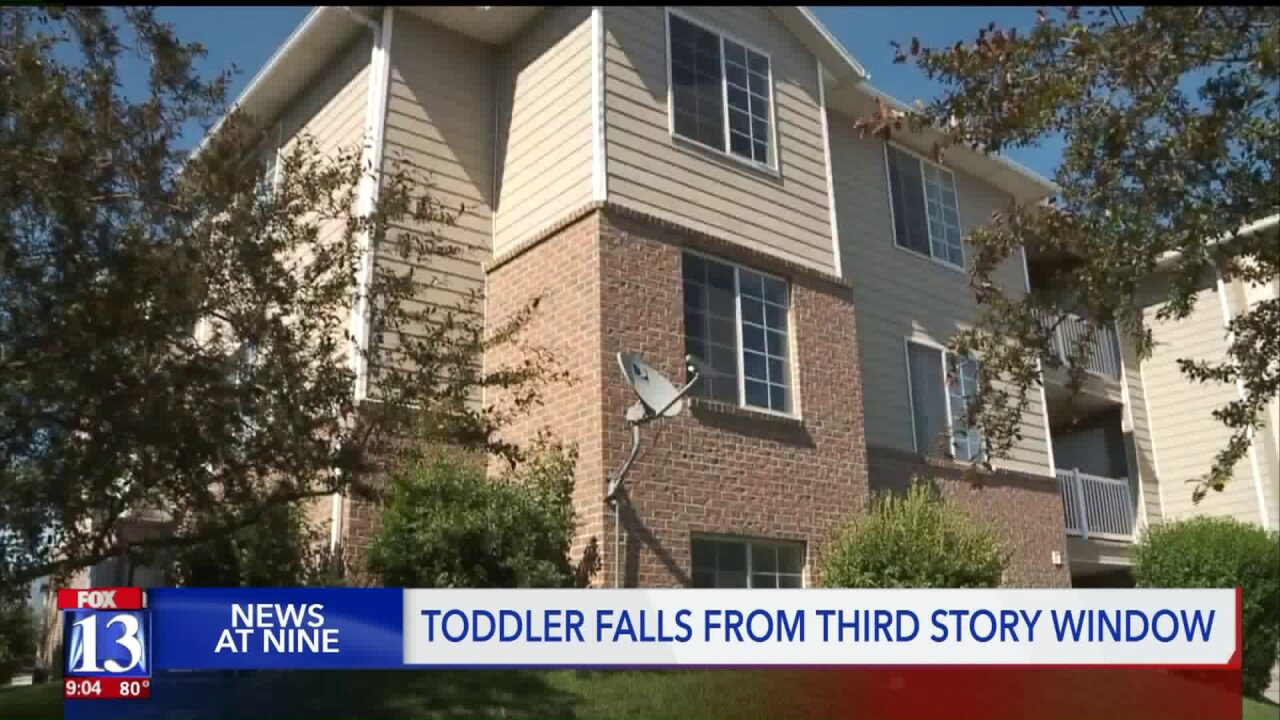 WEST HAVEN, Utah -- A toddler is recovering after falling from a 3rd story window at a West Haven apartment complex Tuesday afternoon.

According to the Weber County Sheriff's Office, a 23-month old boy leaned against the screen of an open window in his family's apartment, located near I-15 and West 2100 South. The screen popped out, and the boy fell about 19 feet into a window well on the ground floor, the sheriff's office said.

They said the mother had just stepped away into the bathroom, and another child in the bedroom ran to tell the mother what happened.

Shanon Figueroa lives in the first-floor apartment. She and her daughter Dasia heard a child scream outside.

"It was so loud, it sounded like it was in my house," she said. She went into her son's room and saw a baby in the window well right outside the window.

"I booked it out of my apartment when I seen a little one down there," Figueroa recounted. "It scared the crap out of me."

She said she grabbed the boy underneath his arms and pulled him out of the window well. She looked him over as he cried, and then said she heard the boy's mom scream from above.

That's when Shanon realized the boy had fallen three stories to the ground.

"Oh, goodness," Shanon said. "I almost had a heart attack."

"You could tell that he was in so much pain," said Dasia, Figueroa's daughter. "He had bruises all over his body and he was crying."

Figueroa said she looked the boy over twice, and it appeared he only had scratches and bruises, including a large bruise on his back.

Weber County responded, and the sheriff's office said the child was taken to McKay-Dee Hospital. They said the boy stayed conscious and alert, and it appears he's going to be okay.

"There's rocks down there, and that metal [border around the window well]," Figueroa said. "Yeah, it's a miracle."