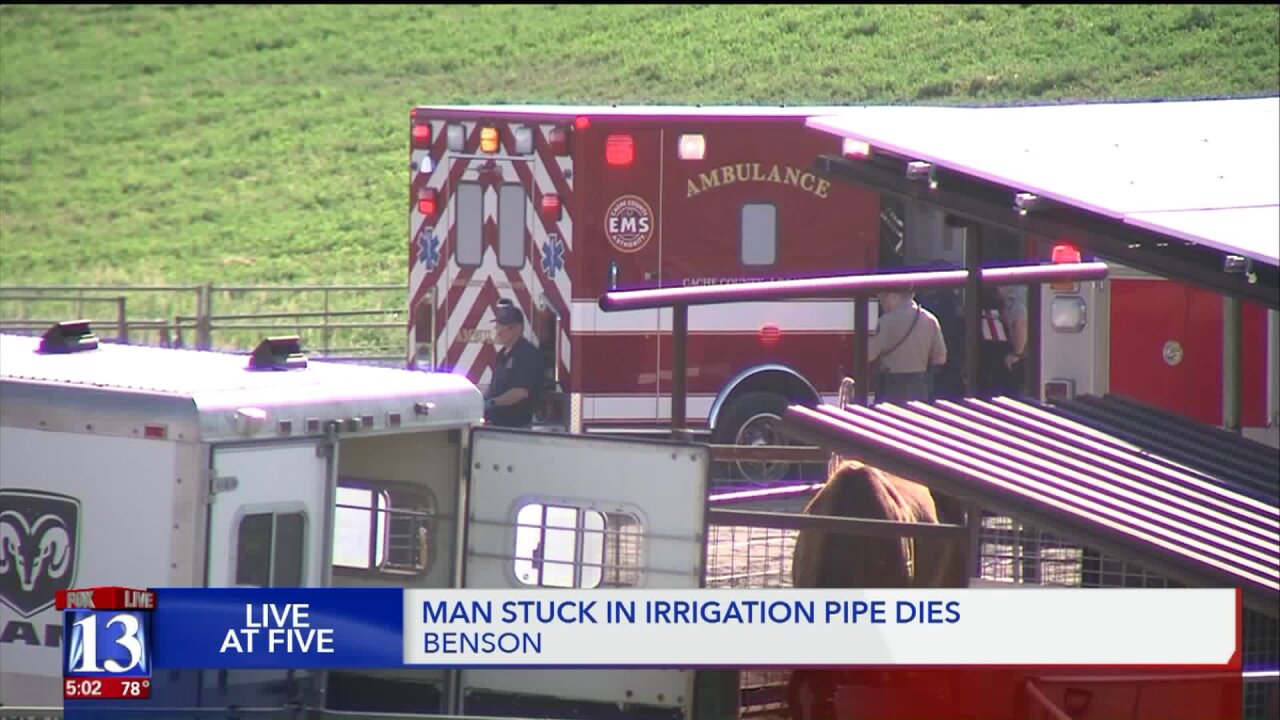 According to the Cache County Sheriff’s Office, a neighbor spotted the man face down in the irrigation pipe and called 911.

The neighbor pulled the man from the pipe, and responding deputies performed CPR. He was ultimately pronounced dead.

The identity of the deceased has not yet been released, pending notification of his family.

The press release states it’s unclear how long the man had been in the water before he was found. The pipe is about two feet in diameter.

The incident occurred in Benson, northwest of Logan.