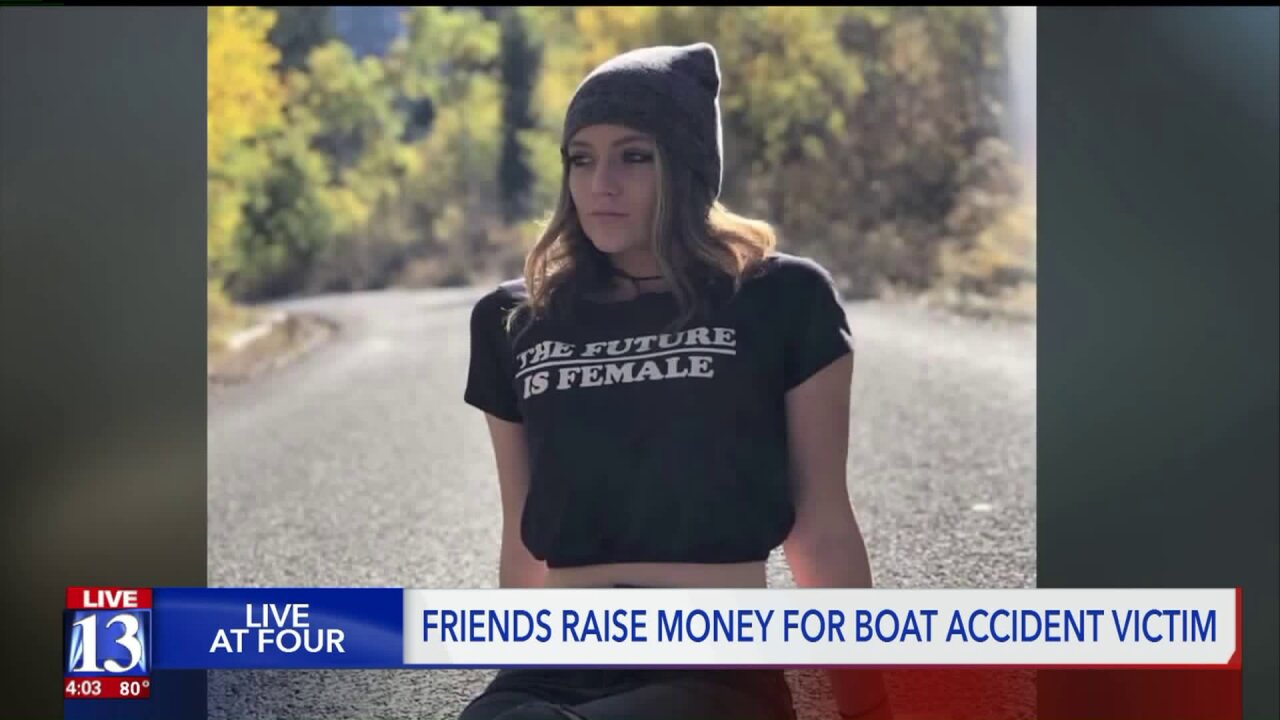 BULLFROG MARINA, Utah -- Triston Brady Harrison has been arrested in connection with a fatal boating accident at Lake Powell.

According to a probable cause statement,  the 21-year-old Harrison was intoxicated and operating the watercraft just outside of Bullfrog Basin on Friday June 14.

Harrison struck a rock and beached the boat. That caused a female in the boat to be ejected.  She suffered fatal injuries when she struck the shore.

The woman who was killed has been identified as Jayla Hiatt of Spanish Fork.

She worked at Glade's Drive Inn, and news of her death hit co-workers hard.

Tips are pouring in at Glade's.  So far, about $3,000 have been raised to help Jayla's family.

Fox 13 viewer, James Hamilton, witnessed the boat hit the rocks and said people were "hurled from the boat."

He sent a photo of the area where it happened, which he described as just north of Hall's Crossing near Moki Canyon.

Investigators determined Harrison was negligent in operating the boat and was aware of but consciously disregarded a substantial and unjustifiable risk to his passengers.

He failed to keep an adequate distance from another vessel towing a tube and failed to obey navigational buoys.

Officers smelled the strong odor of alcoholic beverages coming from Harrison, and observed his eyes to be glossy and bloodshot, the court documents indicate.

Harrison failed field sobriety tests which determined he was well over the legal limit for blood-alcohol content.

Harrison was booked into jail on suspicion of DUI with serious bodily injury by negligent operation, a third degree felony; automobile homicide criminal negligence, a second degree felony offense; as well as a misdemeanor charge of failure to maintain proper lookout on a boat.

Hamilton told Fox 13 he watched from a distance as Harrison was handcuffed and taken away in a park ranger boat.