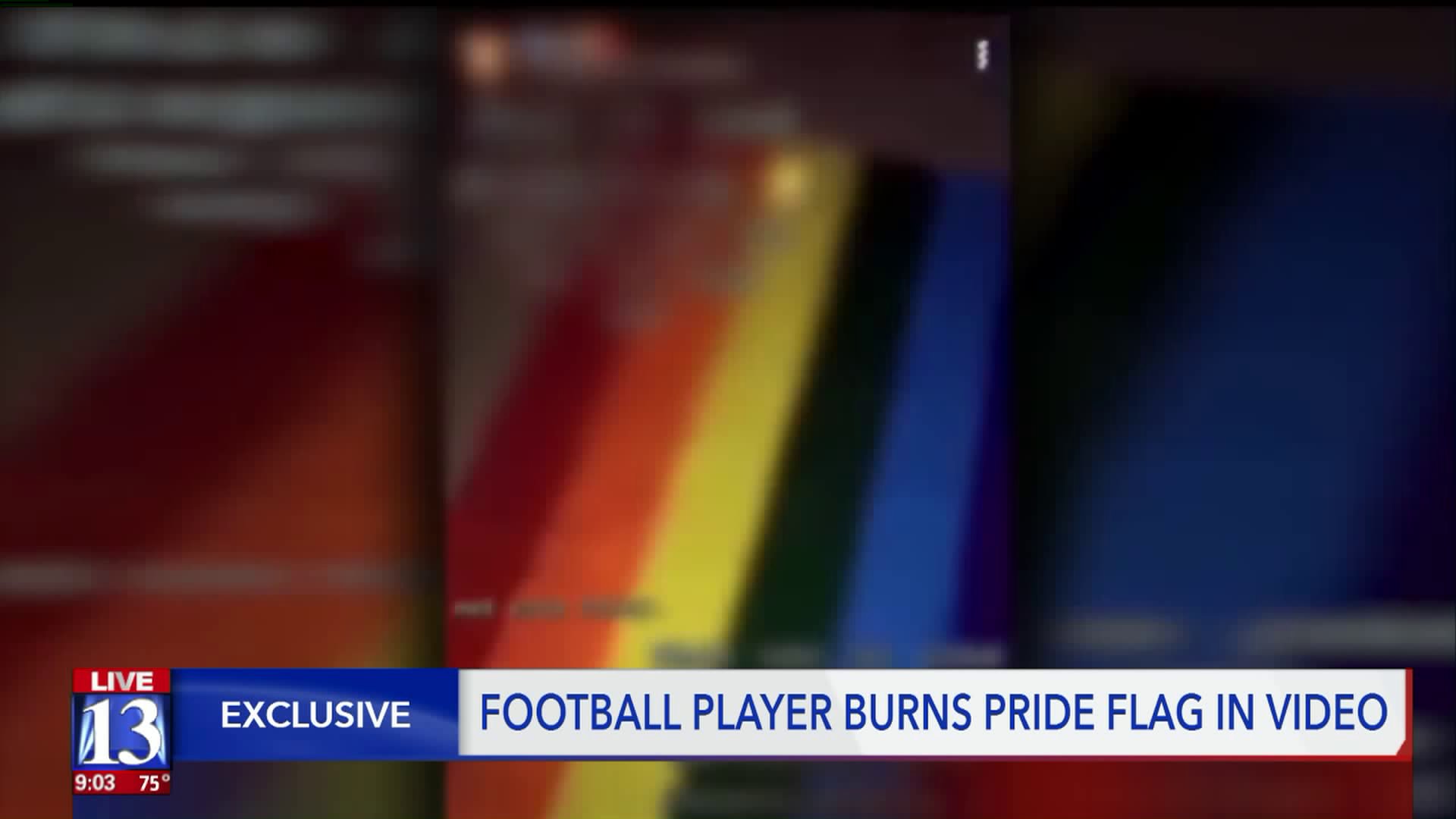 A Utah coach responds after video surfaced of a Pride flag being burned and someone saying "all gays die". 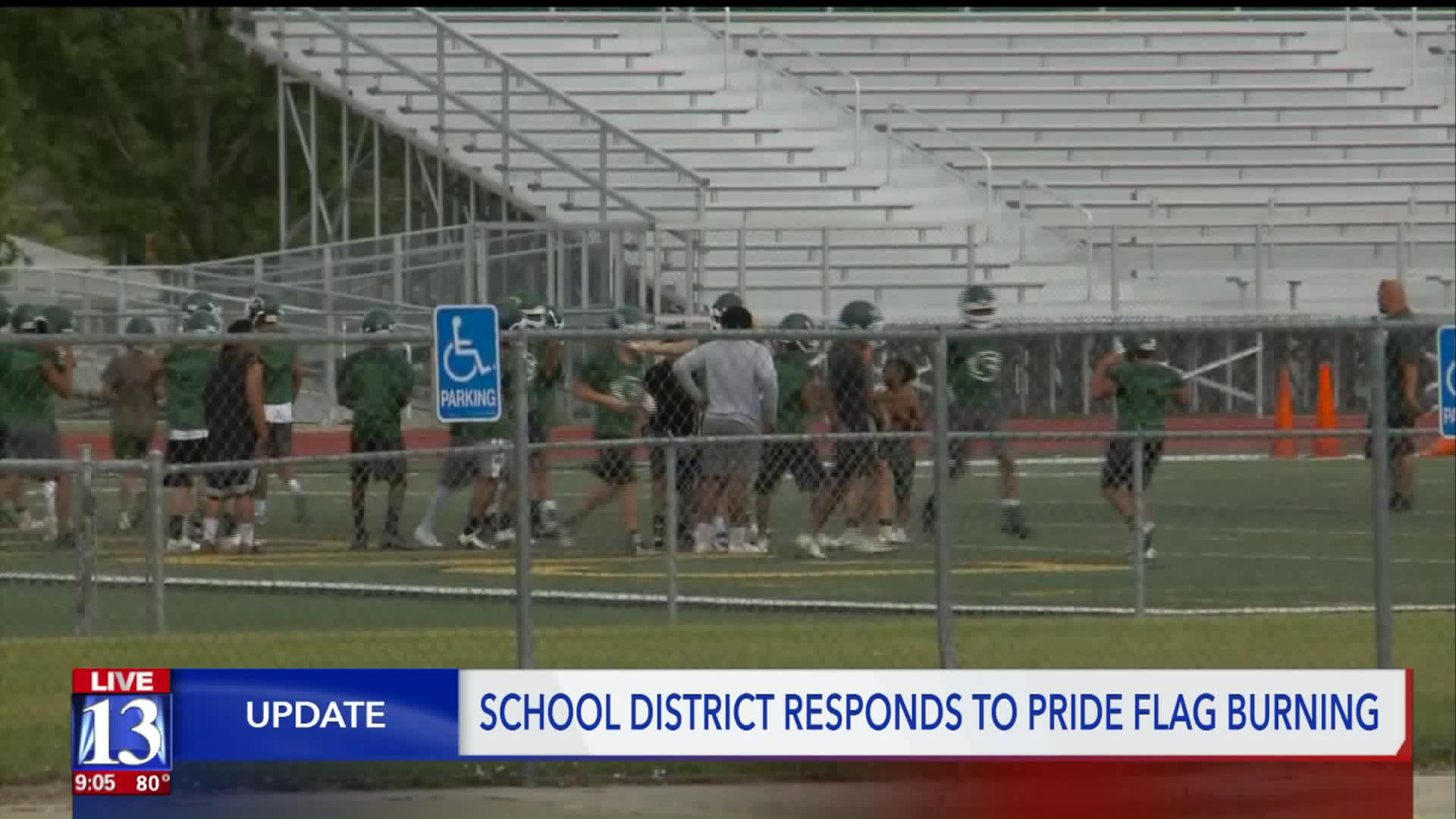 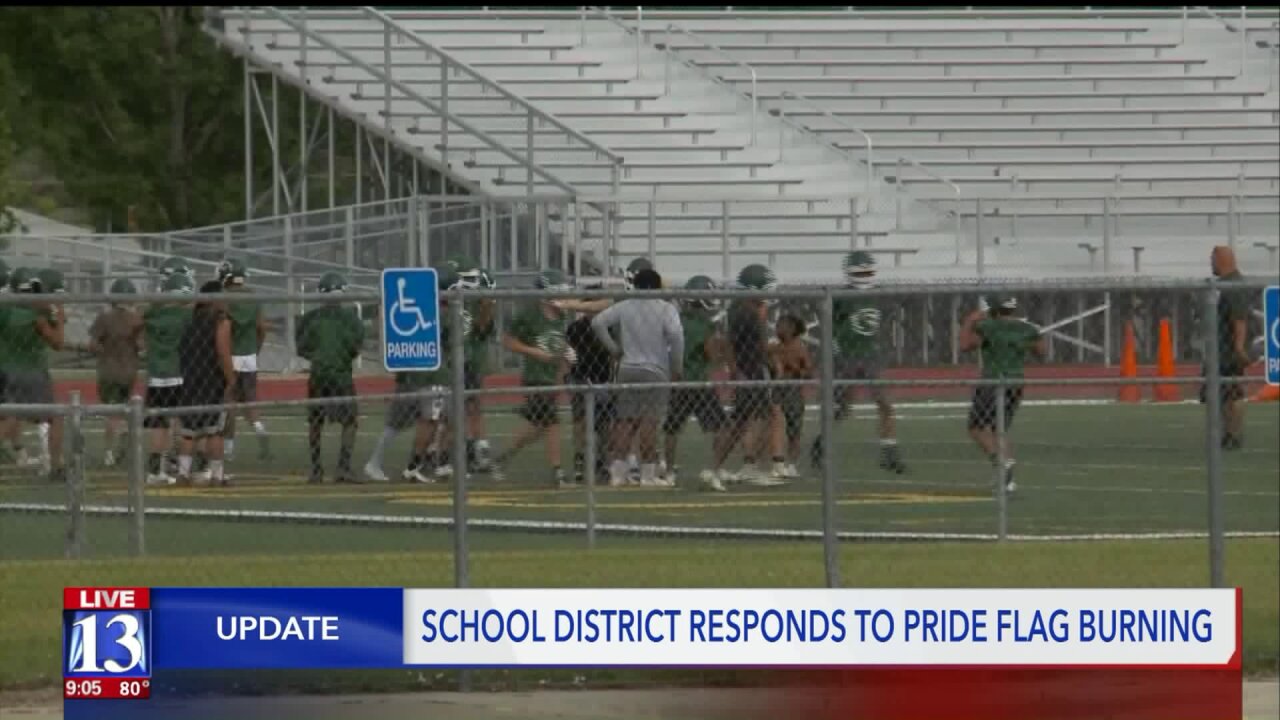 KEARNS, Utah — Two students have been indefinitely suspended from the Kearns High football team for a social media post showing a Pride flag being burned and threatening LGBTQ people.

A player posted a video on Snapchat last week where someone lights an LGBTQ Pride flag on fire and laughs. Someone in the video is heard saying “all gays die.”

Granite School District officials are determining the proper punishment, which could include community service or school suspension for the student who posted the video and another who reposted it.

“There’s no place for that in our program at all, and it won’t be tolerated,” said Matt Rickards, the team's head coach. “It’s potentially a hate crime, so it sickens me."

The video is considered cyberbullying and a safe school violation.

"We want to make sure every student who walks through our doors feels safe and secure in the environment that they're in," said district spokesman Ben Horsley. "Whether it was done intentionally with a threat in mind or for humor's sake, it's inappropriate. And we're going to address it in a very serious fashion."

Rickards does not take this issue lightly either.

“We have one rule in our program, and that is not to embarrass yourself, your family or your team," Rickards continued. "That rule was broken. There’s got to be consequences for that."

Rickards took over the program seven years ago. He says he’s worked with kids to improve their grades, stop bullying and learn to serve their communities.

“Our number one goal is to build men of character, integrity, be responsible, have empathy for others and serve the community for good. That’s our number one objective,” Rickards said.

The district said they have reached out to members of the LGBTQ community to help with future empathy exercises and educational opportunities.