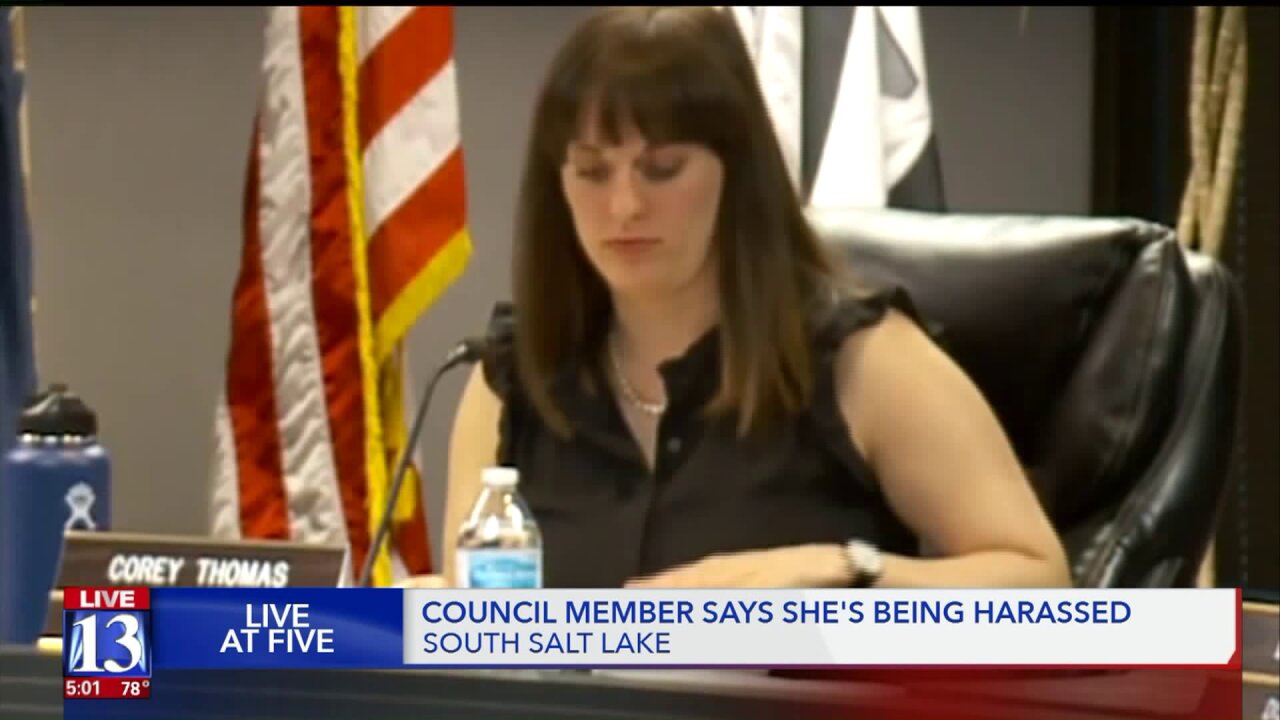 SOUTH SALT LAKE, Utah - A South Salt Lake city councilwoman said she’s being stalked and harassed for the second time in a year.

Corey Thomas said she’s scared for her safety, especially now that the man responsible got fired from his position at the South Salt Lake Chamber of Commerce.

The harassment, Thomas says, started June 7, 2019 when the man started posting hostile comments about her online.

Chansamone saw the posts on community Facebook pages and alerted Thomas, who had blocked the man online.

FOX13 News won’t identify the man, as he hasn’t yet been charged.

“Some of the discussion I feel was clearly inappropriate that I, and many residents, felt might put me at risk. As such, I filed a police report,” Thomas wrote in a statement to FOX13 News.

Unified Police confirmed they are conducting an investigation into the online posts.

“I can tell that she has some anxiety about it. She is clearly worried about, you know, if he is going to do something,” Chansamone said.

Investigators told Thomas the man was dangerous and had access to a weapon. The most troubling comment, witnesses said, was when he wrote: “blow her up.”

“When you make a threat to anybody, especially to a city official, and she works at a city building, that’s where you go too far,” Chansamone said.

The man worked in the same building as Thomas — for South Salt Lake’s Chamber of Commerce. He was accused of using a business Facebook page as another avenue to harass Thomas.

Thomas faced another stalker nearly a year ago. Francis Carney received a suspended sentence for two years for harassing and stalking the councilwoman.